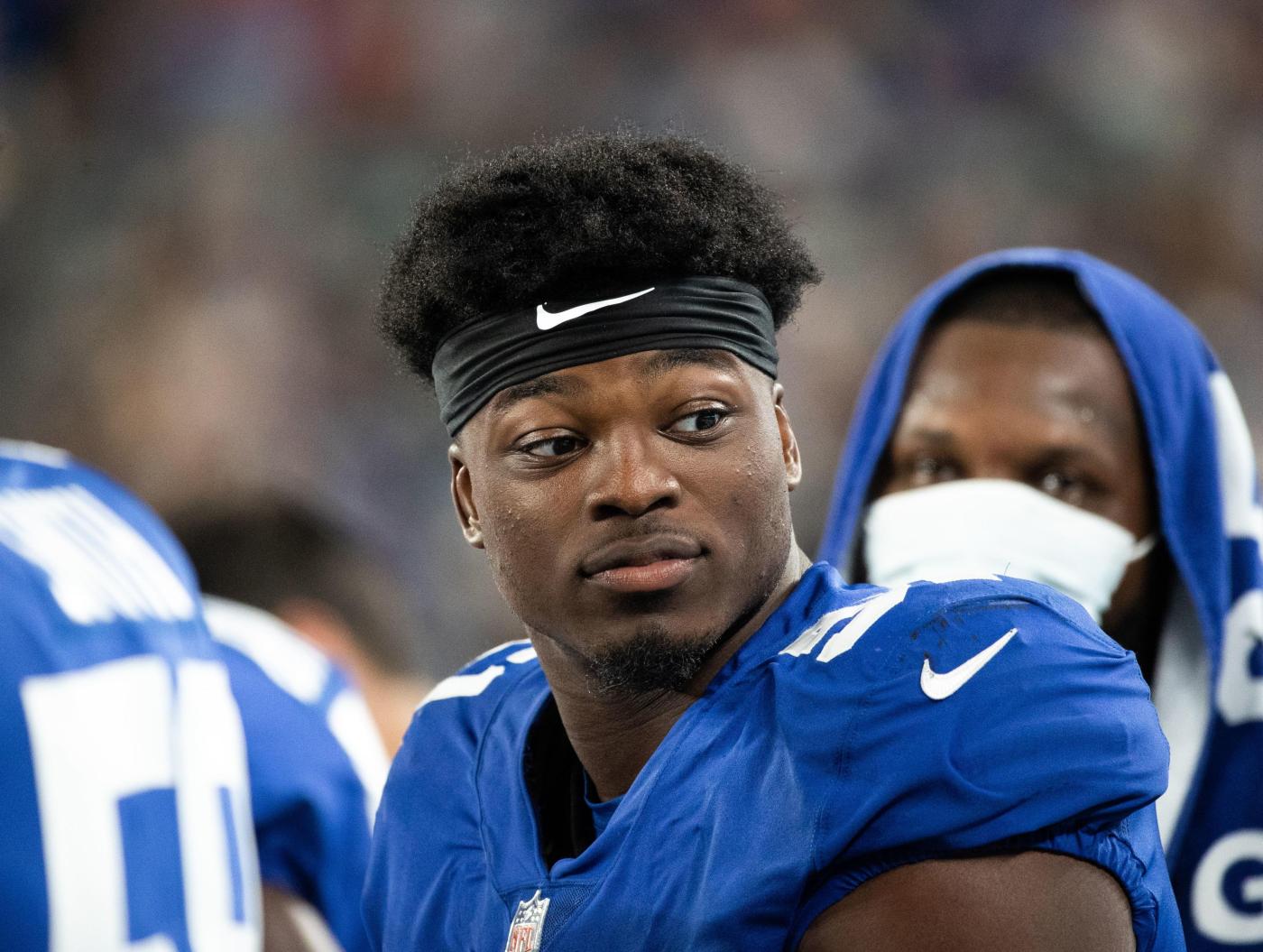 Ojulari, 22, added about 10 pounds of muscle between January and May to increase his playing weight to 255 pounds. He hurt his hamstring recently while training, prior to reporting to the Giants’ training facility for camp on Tuesday, a source said.

Ojulari is expected to be OK with some rest, but he won’t be on the field for Wednesday’s first practice of training camp.

The players’ reporting day was not open to the media on Tuesday. Wednesday morning will bring a dual Joe Schoen-Brian Daboll press conference and the team’s first camp practice with fans present on the East Rutherford fields since 2019.

Schoen, Daboll and the Giants’ medical staff operated with extreme caution in the spring while managing injured players, but they’ll have to promote competition and prepare players’ bodies during the summer for the rigors of this 2022 NFL season, as well.

That will be an important balance to strike.

One piece of possible good news: a source said that Thomas, the club’s starting left tackle, has made good progress in the last month coming off his second left ankle surgery in two years in January.

Thomas was limping and laboring noticeably deep into the spring, and he stayed out of competitive 11-on-11 periods in practices.

He wasn’t limping during recent training in Atlanta, per sources, so hopefully that translates this week on the field. The Giants are counting on an exciting bookend tandem of Thomas and first-round pick Evan Neal to help their offense improve.

Martinez was clearly feeling good during the spring, so it would be no surprise to see the Giants’ inside linebacker at full go or close to it early in camp, either.

The Giants also shuffled the roster deck on the eve of camp by cutting four players and signing four to replace them.

Williams, 32, entering his eighth pro season, started 17 games for the Detroit Lions last year. Adams, who won a Super Bowl with the Tampa Bay Buccaneers, returns for his second stint with the team.

Kemp is a special teamer who played in Kansas City with Giants offensive coordinator Mike Kafka. Seymour played at Rutgers and spent the entire 2020 season on the Las Vegas Raiders’ practice squad.