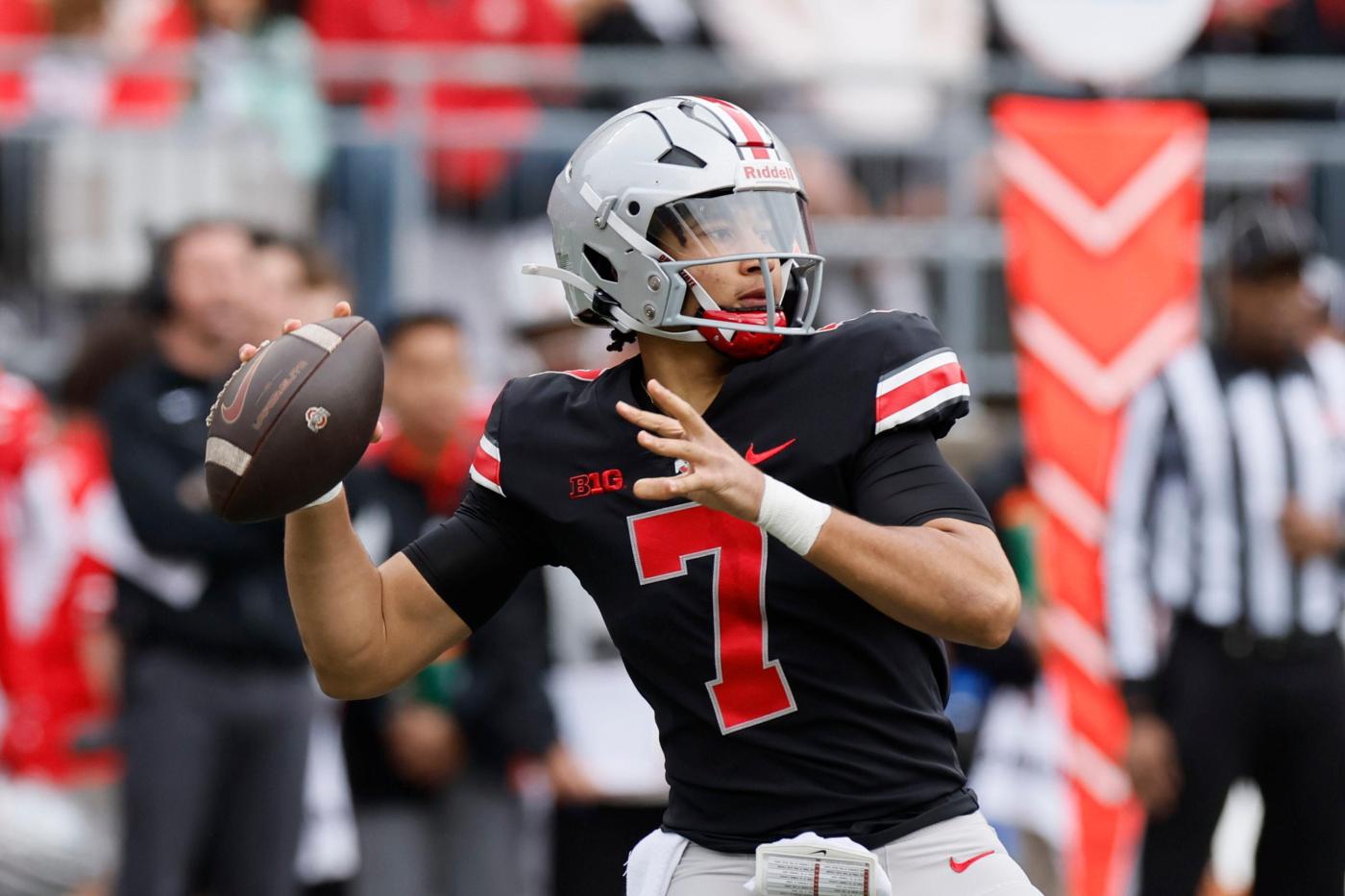 Schoen said Thursday that he will be in Columbus, Ohio, to watch Notre Dame-Ohio State on Saturday. Then he’ll take in more college games on Sept. 10 before the Giants’ Sept. 11 opener at the Tennessee Titans in Nashville.

The GM has to do this due diligence. And there are other exciting prospects to scout in Saturday’s game, such as Notre Dame tight end Michael Mayer and edge Isaiah Foskey, and Ohio State tackle Paris Johnson Jr. and wideout Jaxon Smith-Njigba.

But Schoen’s presence there underscores the stakes and pressure Jones faces after the Giants declined his fifth-year option this spring.

In Thursday’s press conference, Schoen would not discuss his expectations for Jones, either.

“I’m not gonna get into expectations, but I’m happy where he is,” Schoen said. “I think he played well [in the preseason]. I think he performed well in the Jets practice. I know some people were getting on him early on, and it’s Wink’s defense and he’s sending people from left field and we’re not game-planning for that. He’s also trying to be on the same page with some of the receivers.

“I think Daniel’s in a good place,” the GM added. “I’m happy where he is. But we all know everybody’s got to perform on Sundays. That’s when the evaluation will really start.”

Head coach Brian Daboll gave a more direct answer about how the Giants will evaluate Jones.

“The job of a quarterback on a team is to lead his team down and score points,” the coach said. “Stats are great. The biggest thing is can you make the right decision under pressure.”

Schoen was asked why he didn’t want to discuss his expectations for Jones.

“It’s been a whirlwind week,” he said. “I just cut 30 players. I’m just trying to get through the day… Every team, it’s gonna take three to four weeks to figure out who we are.”

But the GM did shed light on other topics. Here is a recap of his meaningful insights:

The Giants were a league-high $4.6 million over the salary cap as of Wednesday, per overthecap.com. They have until next Tuesday to get under it. And Schoen admitted he’ll likely have to restructure at least one contract to do that.

“We’ll probably have to restructure something here going into next week,” he said. “That’s something we’ll do. We’re still working through a couple different scenarios. We’ll get where we need to get to get through the season.”

Defensive lineman Leonard Williams is the most likely candidate to push some money around.

Schoen said this is “the hand we’re dealt” and he’s going to do the best he can to compete with the means he has. He declined to set any expectations for the season.

“We’re just trying to get through today,” he said. “We haven’t talked about actives, who’s gonna be inactive yet. We’re still trying to put the pieces together. So I don’t want to set any expectations.”

NO PURSUIT OF CGJ

Schoen said he did not pursue a trade for Saints safety Chauncey Gardner-Johnson, 24, a young player with a $2.5 million salary in the final year of his rookie deal.

The division rival Philadelphia Eagles acquired Gardner-Johnson and a Saints seventh-rounder instead, sending only a fifth-round and sixth-round pick back. The Giants claimed three DBs off waivers and signed a fourth but didn’t pursue the New Orleans safety.

When asked if money was the reason, Schoen said: “We take everything into account.”

BEST WISHES TO A LATE FRIEND

Schoen offered his and Daboll’s condolences to the family of late Miami Dolphins executive Jason Jenkins and to the organization. Jenkins passed away tragically last Saturday at age 47 from a blood clot.

“We were both fortunate to know Jason and work with him, and he’s an amazing human being,” Schoen said. “And it’s truly a tragic situation. But a really good colleague and friend of both of ours.”

Giants players have been dropping like flies with injuries coming off a light spring and early summer workload designed by the medical staff, in collaboration with Schoen and Dabolll. But Schoen claimed there are “statistics” that show “the injuries were significantly less this year than they were last year.”

That will require some double-checking. He said Daboll should have those stats, so presumably the coach will elaborate sometime.

Schoen said “we spent a lot of time in the spring formulating the plan, the practice plan, monitoring the yardage, how far guys are running on a daily basis.”

That is correct. The Giants have done significantly less on the field this offseason than under previous regimes. It’s fair to wonder if all the rest has prepared the players’ bodies for real football.

“It’s football. Injuries are gonna happen,” Schoen said. “We’re always evaluating every part of the process. But concussions are gonna happen. It’s a contact sport. You’re gonna have muscle strains. It happens every year … We’ll continue to evaluate it. But if there’s something we can do better, we’ll find a way to do it better.”

Giants co-owner John Mara has not addressed the media all summer. Schoen was asked if Mara still has patience for a painful 2022 season, knowing it’s part of a long-term process.

“John and I have really good conversations,” he said. “Dabes, we talk on a daily basis. The advantage is he’s in the building every day. He’s present. We’ve got really good communication. And every move we make we tell him what we’re thinking and why. He’s a very good sounding board. He’s got a lot of experience. But he’s let Dabes and I do our job, and the communication’s great. So he understands what we’re trying to do.”