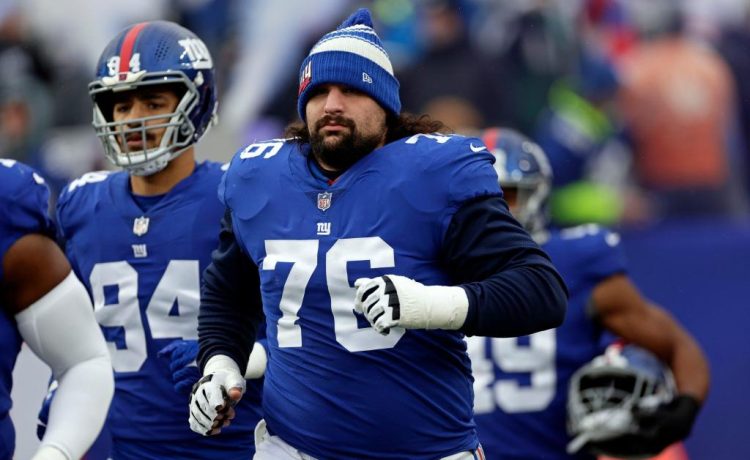 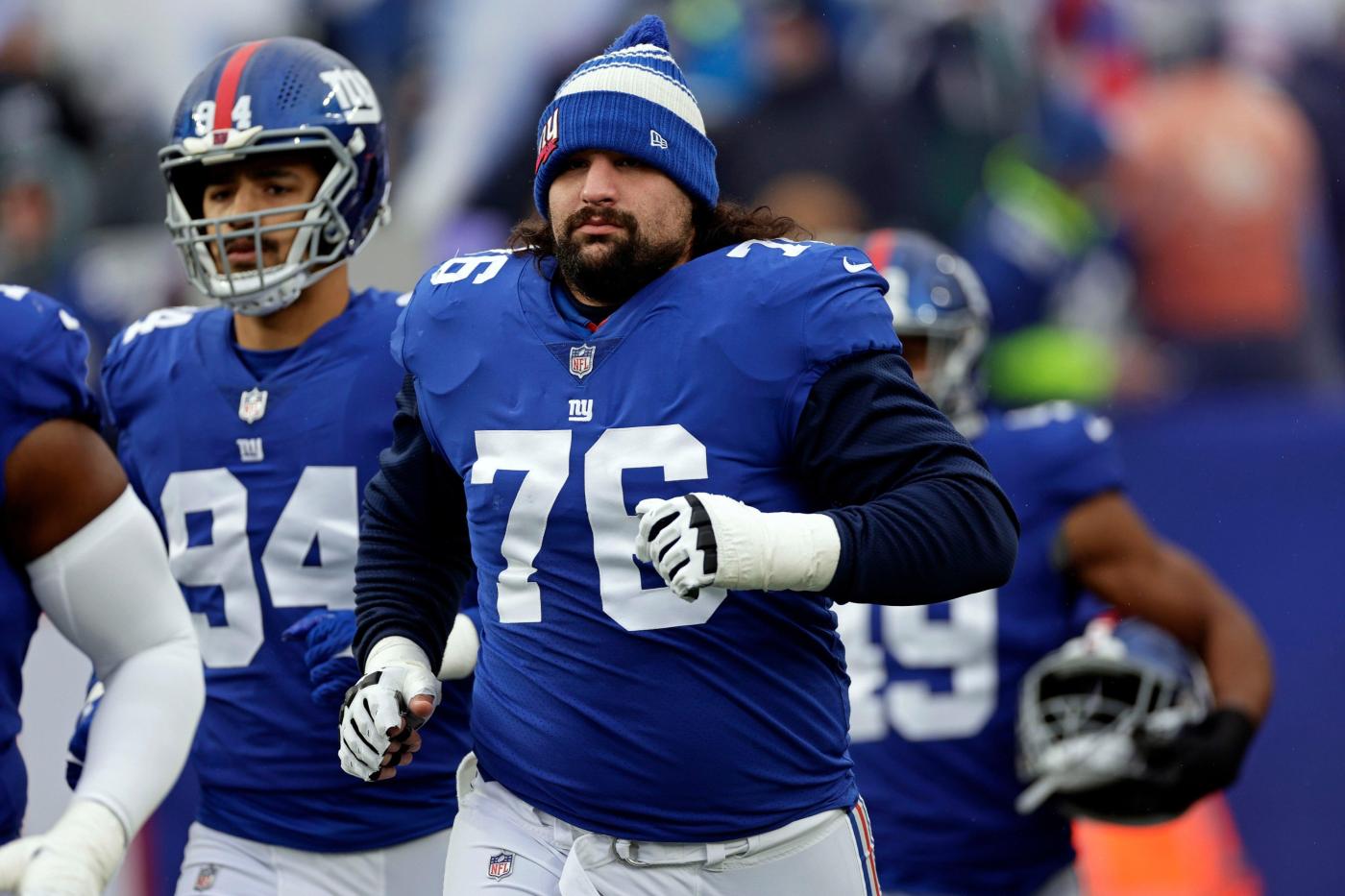 The Giants weren’t moping around Wednesday with their tails between their legs.

Encouragingly, the stench of last weekend’s blowout home loss to the Philadelphia Eagles doesn’t seem to have stuck to them entering Sunday night’s must-win at the Washington Commanders.

“It could be a positive depending on how you react to it,” center Jon Feliciano said. “We have four games left. Maybe that ass kicking is what we needed to right the ship and get this thing going the right way.”

Feliciano, who played sick against the Eagles, even had a sense of humor about what positives the Giants can glean from their 20-20 home tie against Washington 10 days ago.

“I mean, if I didn’t get that flexing penalty we probably had the game, so that’s a positive,” Feliciano said of his costly fourth-quarter taunting penalty. “I won’t be flexing on Sunday.”

“I don’t see that,” Jefferson said. “The energy is where it needs to be. Because look at the situation we’re in: we are still in a prime position to control our own destiny. I could see if it had been a dagger to end the season, but we have a great opportunity in prime time. And I have full faith in everyone to turn this around.”

The Giants’ players aren’t minimizing the stakes, either. They simply believe they have what it takes to snap their 1-4-1 skid in their last six games to rise to the occasion.

Daniel Jones readily agreed that his first-ever Sunday Night Football appearance is one of the biggest games of his career.

Head coach Brian Daboll, who was promoting the increased stakes of December football a couple weeks ago, was back to calling every game from Week 1 to Week 18 a must-win on Wednesday.

He’s clearly trying to manage his players’ emotional approach to an important game, as well as their response to whatever result comes down at FedEx Field on Sunday night.

There’s no point in running from the stakes, though, especially since a loss would put the Giants one defeat away from their first-ever winless NFC East season.

Jefferson said the leaders need to take the lead and agreed with Dexter Lawrence, Thibodeaux and other players who have urged every individual to “do more” in their preparation.

And Jones set that example Wednesday by listing what the offense must do better.

“Offensively, I think there’s a lot we need to improve on going into this one,” Jones said. “I think we need to be better on third down. That’s something that we’ve seen watching the first matchup. We’ve got to be able to sustain drives and stay on the field.”

The work is underway, importantly, with the Giants’ players in an optimistic and not defeated frame of mind.

Why? Jefferson said it best.

“You play football to win.”

Saquon Barkley was a surprising full practice participant Wednesday. He wasn’t even listed on the injury report just three days after a neck injury limited him to 20 snaps against the Eagles.

The timeline: Barkley tweaked his neck at last Wednesday’s indoor practice, which was attended by co-owners John Mara and Steve Tisch. He was limited on Thursday and Friday. He received an MRI late in the week and was questionable for the game. Then he played in a limited rotation before coming out for good in the third quarter.

Daboll, strangely, had been reluctant last Friday to admit Barkley had been injured during practice. The coach instead chalked up the neck injury to “a long season.” But Barkley revealed he’d been hurt in practice during his Sunday postgame interview.

Daboll was asked on Wednesday why he’d been reluctant to admit that.

“I’m not really gonna talk too much about injuries,” the coach deflected. “We’re focused on getting ready to go right now.”

Asked if that situation will alter how the Giants practice this week, Daboll said: “No.”

NOTES: Jackson, asked by the Daily News if he can play Sunday, said “we’ll see.” It seems like a longshot, which is tough considering how skilled top Commanders receiver Terry McLaurin is. But Jackson pointed out that the defense “did a lot of great things” to preserve the tie in their first meeting with Washington and said he has full confidence in the other DBs to step up … The Giants signed veteran wideout/returner Jaydon Mickens to their practice squad, and he handled punt return duties at practice with James injured. The team cut tackle Roy Mbaeteka to make room.