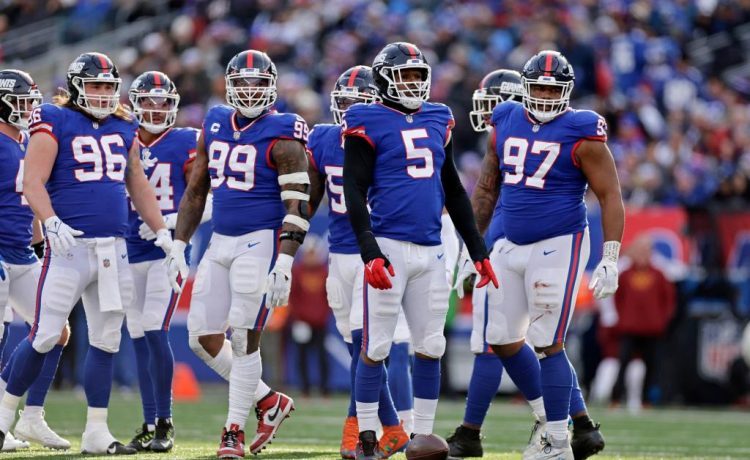 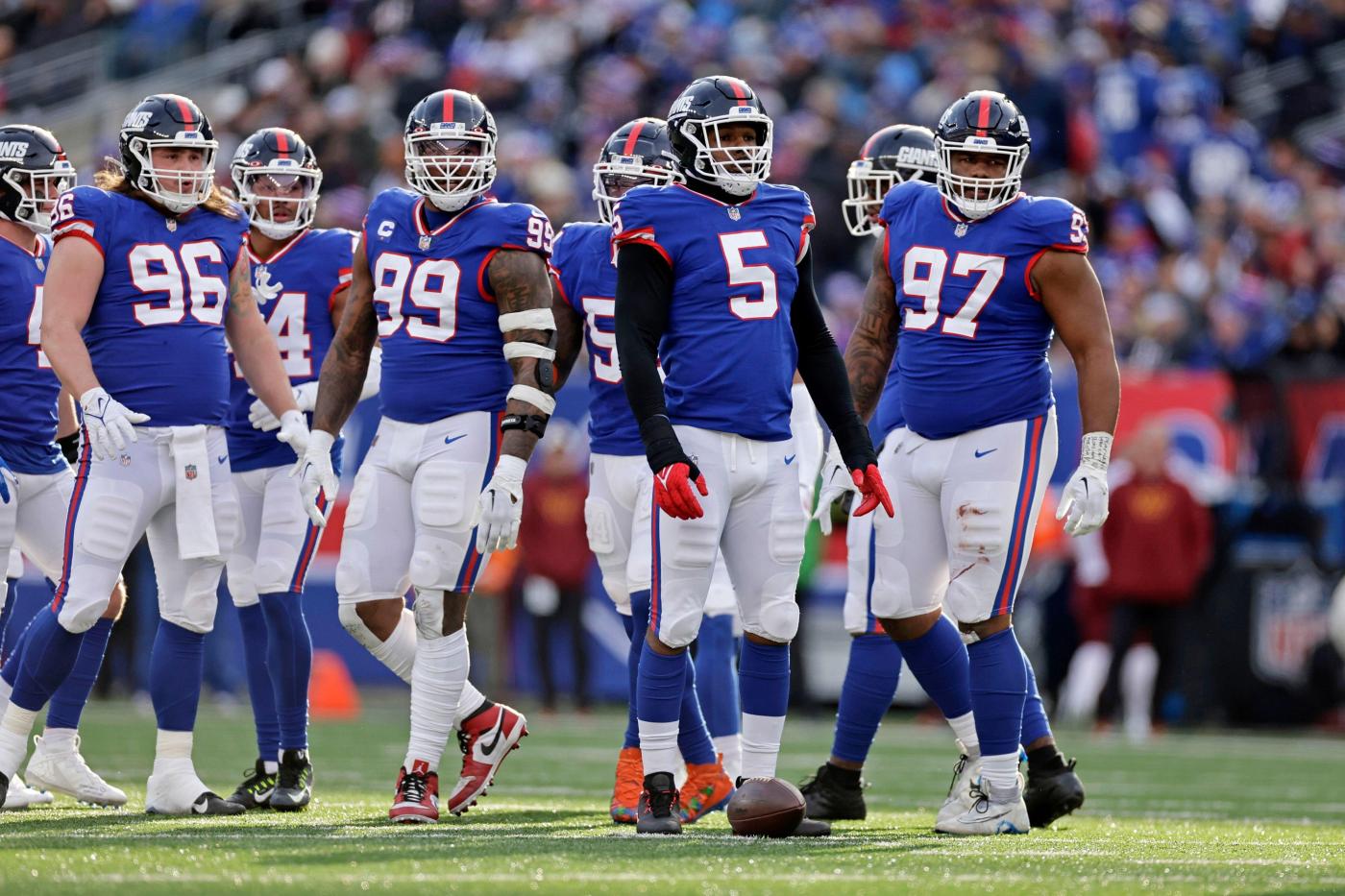 Sunday night’s road game against the Washington Commanders will either save the Giants’ season or send them into free fall.

It’s basically a win and you’re in, lose and you’re out scenario. The winner likely will go to the playoffs. The loser will need a miracle.

“We gotta win every one,” rookie edge rusher Kayvon Thibodeaux said after Sunday night’s 48-22 blowout loss to the Eagles. “We’re at the point of the season where if you lose, you’re out.”

They especially can’t lose this one.

The Seahawks and Lions already own the tiebreaker over the Giants due to head-to-head wins. The Giants and Washington tied in their first meeting, 20-20, in Week 13.

The Giants have the second-toughest remaining schedule by opponent win percentage, per Tankathon.com: at the Commanders, at the Minnesota Vikings, vs. the Indianapolis Colts and at the Eagles.

The Commanders have the fourth-toughest remaining schedule: vs. the Giants, at the San Francisco 49ers, and vs. the Cleveland Browns and Dallas Cowboys.

The Seahawks have the seventh-hardest remaining schedule: vs. the 49ers, at the Kansas City Chiefs and vs. the Jets and Los Angeles Rams.

And the Lions, who have won five of their last six, boast the league’s fourth easiest schedule: at the Jets, at the Panthers, vs. the Chicago Bears and at the Green Packers.

Many dominoes will fall in the next four weeks to impact who gets in and who doesn’t, but the Giants can’t count on anyone else.

As veteran edge rusher Jihad Ward said Sunday, it’s time for the vets to galvanize a young and flailing team and stress the urgency of the now.

“The veterans gotta put them on that and let them know this shit ain’t no game out here,” Ward said. “It’s a bunch of grown-ass men. We’re not treating these rookies like young bulls. They grown fu—in’ men out here. So I don’t see no rookie no more in my motherf—in’ eyes.

“So it’s like, you gotta come with it or you’re gonna fold,” Ward continued. “What [are] you gonna do? You gonna sit here and sit back and just wait til next year? I want it now. So that’s the type of mindset that I have and that I expect every single person in this organization to have.”

And if a speech like that doesn’t work, Brian Daboll and Ward could just show the team the numbers.

The Giants currently have a 45% chance to make the playoffs, according to  FiveThirtyEight.com’s playoff predictions. They trail the Commanders (73%) and Seahawks (55%) and sit ahead of the Lions (20%).

If the Giants beat the Commanders, the Seahawks lose to the 49ers, and the Lions beat the Jets, the Giants’ playoff odds would skyrocket from 45% to 87%.

But if the Giants lose to Washington in that same scenario, the Giants’ playoff odds would plummet from 45% to 26%, while the Commanders’ chances would shoot to 90%.

Daboll’s team also needs to simply feel what it’s like to win again.

“Haven’t won any games,” he said on Zoom. And all three losses were blowouts to the Cowboys (twice) and Eagles.

The Giants have never gone winless in division in a single season, per Elias Sports Bureau. That could happen this year.

“You want people to expect you to win and we’re working towards that,” Daboll said of his program’s big picture aspirations.

It’s difficult to expect that right now, but the Giants have no choice but to believe. Their season depends on it.

The Commanders activated quarterback Carson Wentz (broken right ring finger) from injured reserve to be Taylor Heinicke’s backup beginning Sunday night against the Giants. Coach Ron Rivera reaffirmed Heinicke as the starter during the team’s bye week. “I feel comfortable with Taylor,” he said. Wentz broke his finger in an Oct. 13 win over the Chicago Bears. Washington has a 5-1-1 record with Heinicke as their starter … Daboll said he’s “hopeful” Saquon Barkley’s neck injury will improve heading into Sunday night’s game. But Barkley insisted “I wasn’t limited” by the neck after being held to only 20 snaps in Sunday’s demolition by the Eagles. It’s unclear how to decipher Daboll’s update, too, after how he handled last week. The coach was asked if Barkley had been injured in practice, and Daboll said the neck injury was only due to wear and tear. But then Barkley revealed he had, in fact, been injured during Wednesday’s practice. It’s not clear yet why Daboll deflected on answering that question directly … Daboll said wideout Richie James (concussion) is in the protocol and tight end Daniel Bellinger (ribs) and linebacker Micah McFadden (neck, ankle) are both “sore.” The coach provided no update on the availability of key injured starters corner Adoree Jackson (right knee), D-lineman Leonard Williams (neck), left guard Ben Bredeson (knee) and safety Xavier McKinney (left hand). Bredeson seems like the only one of the four players who is more likely to return than not. It’s believed he can be activated from injured reserve all the way up until Dec. 19, the Monday after this Washington game. But he was rotating in at practice last week, and the Giants need a boost on the interior. Meanwhile, if Jackson’s original timeline of 4-to-6 weeks holds, this will be the fourth game since he sprained his right MCL against the Lions. Williams didn’t practice all of last week, so that’s a concern for one of the most durable players in the league. And McKinney still seems a ways away despite getting the pins taken out of his hand.