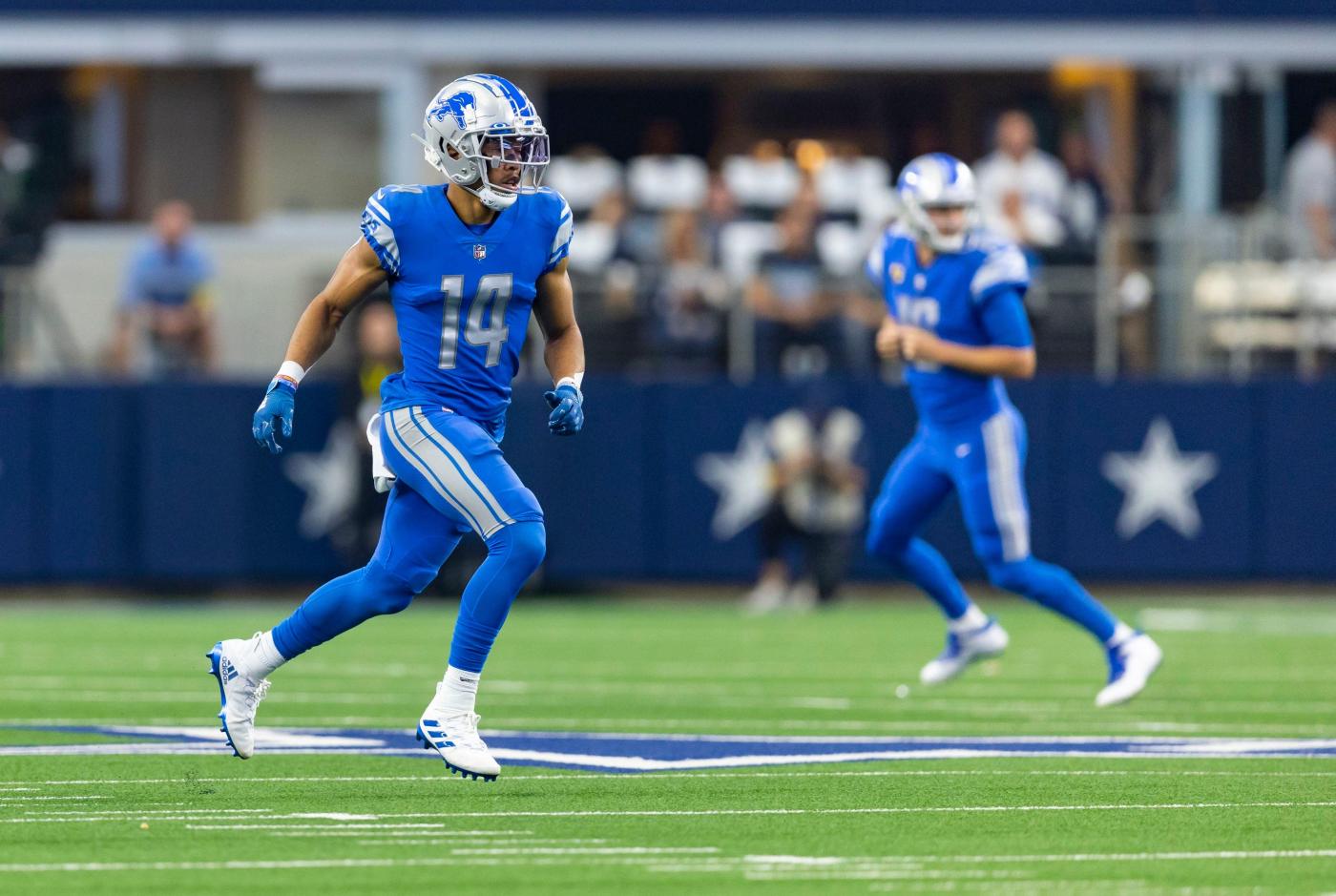 HANK’S HONEYS: It’s a very tricky spot for the Giants, playing against a 3-6 team with a rematch against the Cowboys on deck in just four days. On paper, the line makes no sense. Saquon Barkley should see plenty of daylight and Daniel Jones gets a breather against the league’s 26th-ranked pass defense. Still, the Lions, coming off two straight upset wins, have a potentially explosive offense and can force the Giants into a shootout for the first time this year. That’s not how they like to play. The Giants were fortunate to cover last week against the Texans and the Lions are better. Go heavy on the over but be careful jumping on the Big Blue bandwagon here. It’s no sure thing.

IF I WERE A BETTING MAN: Lions and the over.

HANK’S HONEYS: We’re swallowing the hook here. The Jets took a bunch of momentum into the bye and we should see a more confident Zach Wilson than the one that fell victim to Bill Belichick’s scheming in the first meeting. The Jets running game seems to have survived the loss of Breece Hall and that’s going to be a big factor in the chill of Foxborough. No matter who QBs the Patriots, their offense has to manufacture points and we like the looks of the Jets’ D. Tight one.

HANK’S HONEYS: The Commanders aren’t getting much respect after blowing up the Eagles’ perfect season. Ever since Taylor Heinicke took over for Carson Wentz, they have shown a lot of grit and seem to be improving every week with their ground game showing promise. That is not the case for the Texans, who can’t stop anybody on the ground or their QB, Davis Mills, who can’t stop making mistakes in the red zone. The Commanders’ 5-5 record has them in contention in the NFC wild card race and, in spite of traveling on a short week, they should continue their momentum against a weak opponent, which is 0-4 ATS when getting fewer than seven points.

BROWNS vs BILLS in DETROIT

HANK’S HONEYS: The Browns’ only hope was that the game would be played in Sunday’s Western New York blizzard where they at least could have leaned on their power running game. Now that it’s indoors on the fast track, it becomes a huge get-right spot for the Bills, who desperately could use one. Sore elbow or not, Josh Allen should shred Cleveland’s porous pass defense and force the Browns into comeback mode — and we saw how that worked out for them in Miami. It was eight years ago when weather forced the Bills and Jets to Detroit. The Bills won, 38-3. That sounds about right.

IF I WERE A BETTING MAN: Bills and the under.

HANK’S HONEYS: As bad as the Saints have been, we can’t back a Rams team that has statistically the worst offense in football. Matthew Stafford returns from a concussion but he’s still playing behind a terrible offensive line and has lost Cooper Kupp for the season. Morale has to be at an all-time low for the defending Super Bowl champs. Their season is done while the Saints still have an outside shot in the NFC South. Dennis Allen hinted at replacing Andy Dalton with Jameis Winston and that could prove a spark in front of the home fans.

IF I WERE A BETTING MAN: Saints and the over.

HANK’S HONEYS: The Ravens come out of their bye ready for a playoff push. Their defense is healthy again and will make things miserable for familiar foe Baker Mayfield as he returns under center. Roquan Smith’s addition to the lineup has bolstered a Ravens defense that ranks third in the league against the run and gives Mayfield very little to lean on and if the Ravens get out in front early, they could pile it on considering Mayfield’s propensity for mistakes. The Panthers are 3-1 SU in the dreadful NFC South, and 0-6 SU against everyone else.

HANK’S HONEYS: The Eagles’ issues on run defense came to the fore Monday night and could possibly be a factor here against a healthy Jonathan Taylor. The Eagles lost TE Dallas Goedert in the Washington game and he’s a huge part of that offense. That’s for another week, however. Philly should come to Indy in a bad mood. Jeff Saturday had a great Sunday against the pathetic Raiders but the Colts should return to prior form here. Philly has been a fast-starting team most of the year and if that holds to form, we don’t like Matt Ryan trying to engineer a comeback against a ball-hungry secondary.

IF I WERE A BETTING MAN: Eagles and the under.

HANK’S HONEYS: Think about it. If the Broncos scored just 18 points in regulation in each of their games, they’d be 8-1. Their only loss would be in Las Vegas where they scored a season-high of 23 points. But the Raiders’ defense has regressed since that day and if the Broncos can’t get something going this week, Nathaniel Hackett ought to resign. Meanwhile, things are spiraling out of control for Josh McDaniels. Whispers are that he is losing the locker room with his grinding Bill Belichick impersonations. The Broncos’ defense is still playing hard and should be able to make a stand against nemesis Josh Jacobs and a Vegas team that will be missing WR Hunter Renfrow and TE Darren Waller.

IF I WERE A BETTING MAN: Broncos and the under.

HANK’S HONEYS: The Cowboys’ shocking Lambeau lurch (they were 180-0 all-time when leading by 14 or more points in the fourth quarter) exposed a once-top defense that has been falling apart lately. Their front is getting worn down so that they rank 29th against the run, a weakness Dalvin Cook should be eager to exploit, with Kirk Cousins and Justin Jefferson ready to strike downfield on play action. The Cowboys’ offense is lacking a consistent downfield passing game. Even the scheduling spot works against them with the Giants on deck for Thanksgiving.

HANK’S HONEYS: After an impressive start, the Falcons are playing down to their pre-season expectations. The Bears are averaging 31 ppg over the last month and will face an Atlanta team allowing 25 ppg while scoring more than 17 points only four times in a 2-4 skid. Georgia-grown Justin Fields should have a Fields day on the fast indoor track against the poor-tackling Falcons, who are averaging 6.3 ypc to QBs. He should continue to improve as a passer against the league’s worst pass defense.

IF I WERE A BETTING MAN: Bears and the over.

HANK’S HONEYS: The over is a sure thing. The side isn’t. With so many people on both injury lists, it’s unsure exactly who will take the field. We do know, however, that both Keenan Allen and Mike Williams are getting closer to returning for the Chargers and that Justin Herbert has had success throwing on this defense. While he and Patrick Mahomes can light up any scoreboard, six of the last eight meetings have been decided by seven points or fewer. That makes this a very cautious Chargers lean.

CAN’T HELP YOURSELF? Chargers and the over.

IF I WERE A BETTING MAN: Steelers and the under.

49ERS vs CARDINALS in MEXICO CITY

IF I WERE A BETTING MAN: Cardinals and the under.

WEEK’S BEST BET: Commanders. Fight coming out of the Texans.