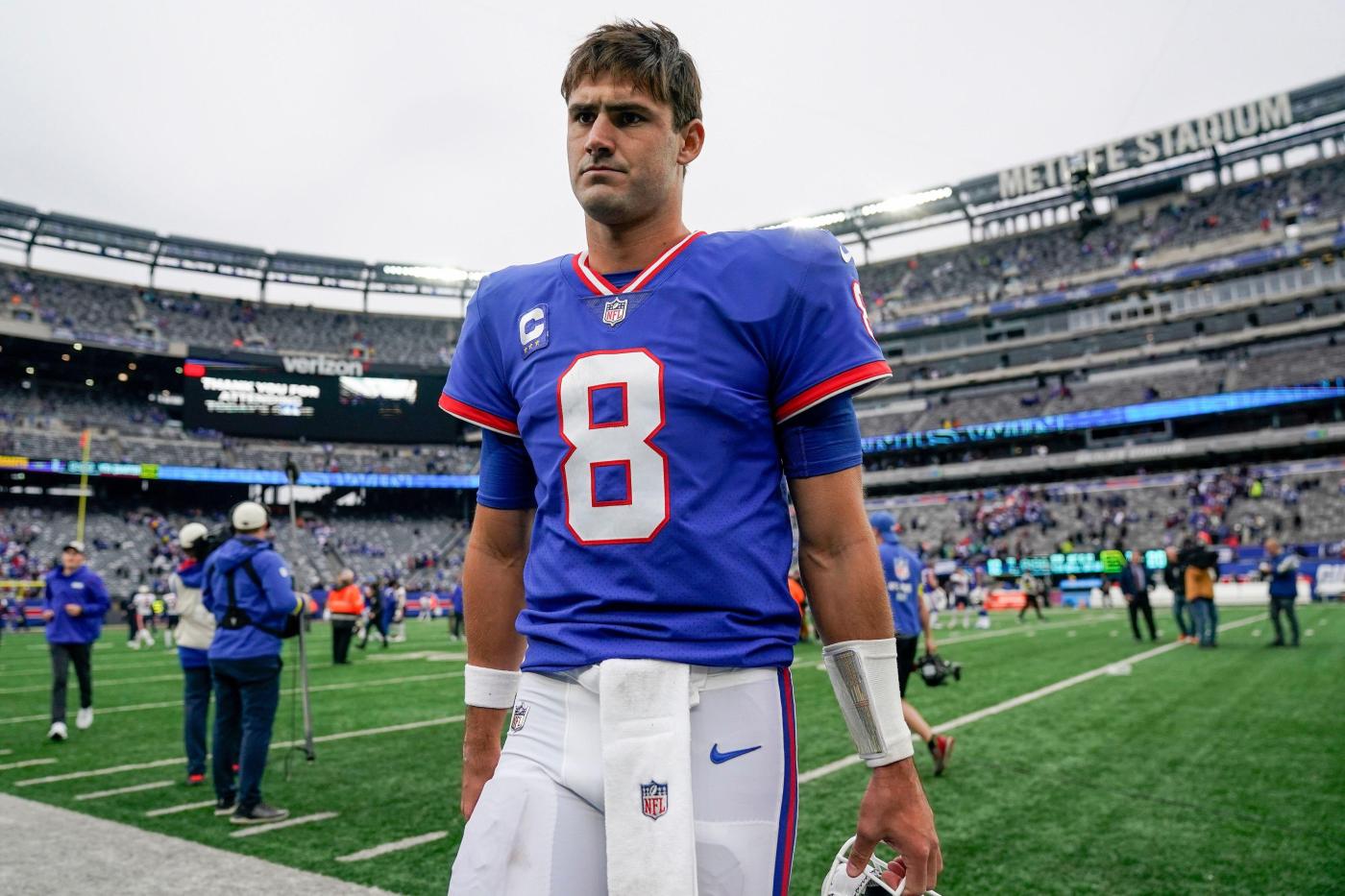 Daboll said Jones is “feeling a little bit better” but couldn’t say if either quarterback will be ready for Sunday’s game at London’s Tottenham Stadium against the Green Bay Packers.

The Giants will “probably work out a few quarterbacks” in case Jones and Taylor can’t play Sunday, Daboll said.

The head coach said “I don’t think we’re at that point” where he would entertain the “contingency plan” of playing practice squad QB Davis Webb.

“Whether we sign [one of the workout quarterbacks] or not, I think that’s dependent on some of these guys here,” Daboll said.

GM Joe Schoen did sign free agent linebacker A.J. Klein to the practice squad. Klein is a former Dave Gettleman Panthers draft pick (2013) who played for Schoen and Daboll with the Buffalo Bills in 2020-21.

The Giants worked out Miami Dolphins guard Solomon Kindley, according to a source. And free agent former Giants safety Landon Collins also came for a visit.

The Giants (3-1) have off Tuesday. They’ll practice Wednesday and Thursday in New Jersey then fly to London after Thursday’s afternoon practice.

Daboll said there are two factors that will determine if Jones plays: his health and his ability to execute that week’s game plan.

“The first thing we need to do is make sure he’s as healthy as he can be,” Daboll said. “And if he can do the things we need him to do for that game plan, then we’ll talk about it. If he can’t, then he can’t.”

Jones was frustrated about being removed from Sunday’s win over the Chicago Bears despite being healthy enough to go back in once Taylor got hurt.

He said he believed “part of the decision” was that his ankle injury had left him unable to execute the game plan that had succeeded to that point — a run-heavy scheme with back-to-the-defense play actions that rolled Jones out into open space for two TDs.

Jones was injured in part because of his inability to see pressure coming in that scheme. It required Jones to sell a fake handoff hard with his back to the defense, which meant he couldn’t see the backside of the play until he whipped around.

So by the time he saw Bears safety Jaquan Brisker bearing down on that fateful third quarter play, Jones had nowhere to go. And Brisker sacked Jones with an awkward tackle that bent his ankle.

“You want to make a good fake and there’s kind of a moment where you turn around and you’ve got to make a read quickly to run it or throw it,” Jones said. “A lot of times there’s grass and you’ve got to take what they give you. I thought it was a good scheme and the coaches did a good job seeing it and calling it.”

Daboll’s exact answer, when asked if Jones had a sprained ankle and no fractures, was: “Yeah, no, he’s fine in that regard. He’s got an ankle. It’s sprained.”

He would not divulge if Jones had a high ankle sprain.

“Yeah, I’m not gonna get into the specifics of it,” the coach said.

Jones said postgame Sunday that he will “do everything I can to play” on Sunday. And no one doubts that.

The question is whether the Giants’ medical staff and Daboll will let him.

Daboll said of receiver Kenny Golladay’s knee injury: “We’ll see how it goes towards the end of the week. I’d say it doesn’t look promising.” The Giants completed three total passes to wide receivers against the Bears.

They are terribly shorthanded at that position, with Collin Johnson (torn Achilles) and Sterling Shepard (torn ACL) out for the year. Kadarius Toney (hamstring) and Wan’Dale Robinson (knee) are also on the shelf. Daboll said Toney and Robinson are “making progress.”

Corner Aaron Robinson (knee) and defensive lineman Henry Mondeaux (ankle) are “probably not” available for Week 5, Daboll said, though Mondeaux’s injury is not season-ending. Also up in the air for London are safety Julian Love (concussion protocol; “we’ll see how that goes”) and edge Azeez Ojulari (calf; “we’ll see where he’s at Wednesday when he gets back”).