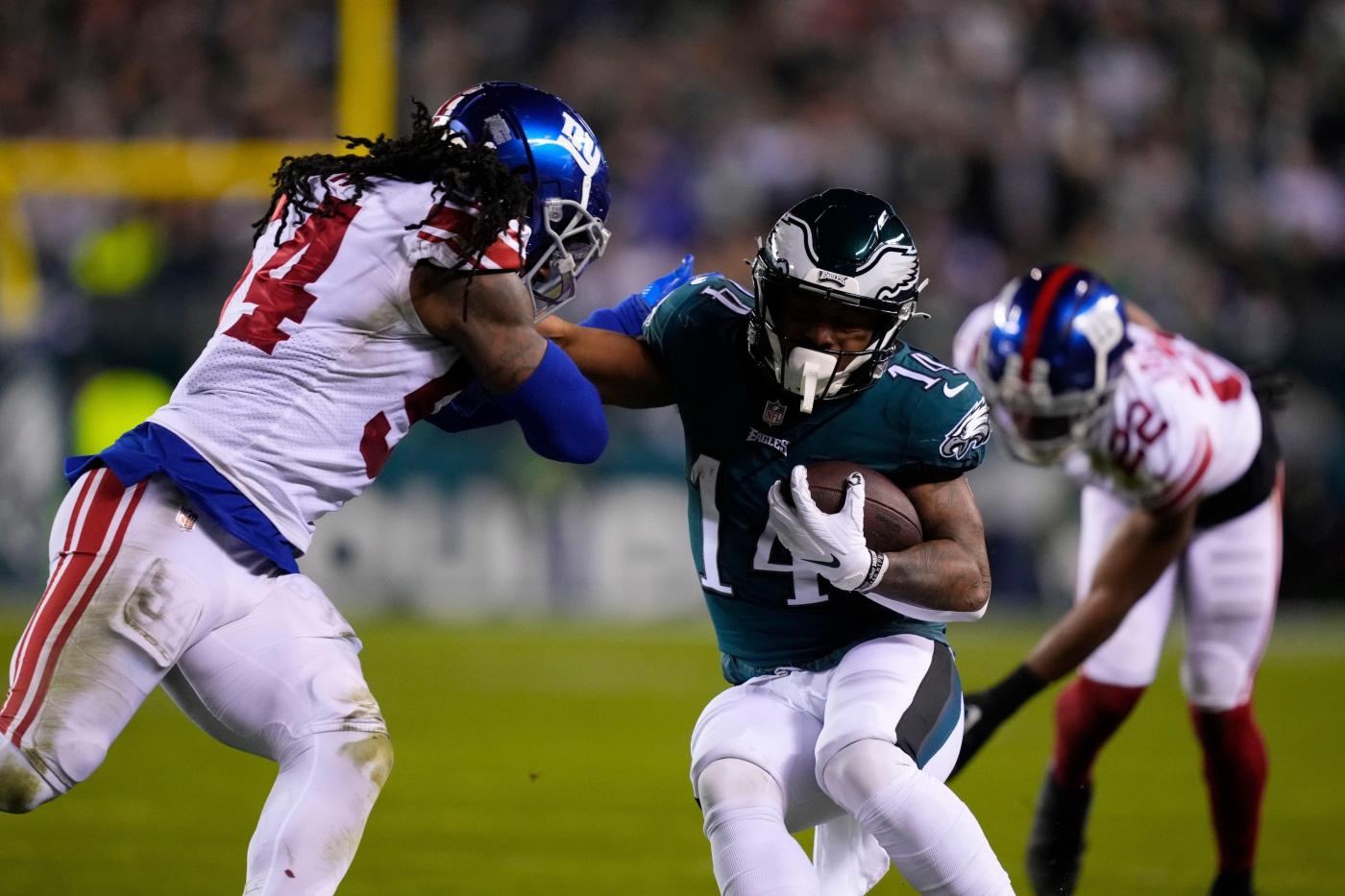 PHILADELPHIA — Throughout most of the regular season, the Giants rush defense was an issue.

It appeared the team had turned a corner after defeating the Vikings 31-24 in the wild-card round. However, the Giants reverted back to their old habits in the 38-7 blowout loss to the Eagles.

Big Blue allowed 268 yards on the ground as Philadelphia averaged 5.9 yards per carry. Also, two of the Eagles’ four first-half touchdowns were on the ground.

Boston Scott, who has owned the Giants, recorded his 11th career touchdown against them and 19th overall on a three-yard second-quarter score. Philadelphia also found the end zone on Jalen Hurts’ five-yard scamper right before halftime.

Against the Vikings last weekend, the Giants held them and running back Dalvin Cook to 61 yards rushing. But Big Blue’s defense was gassed in the first half as Miles Sanders ran for 75 yards, with 42 of those yards coming on a single drive.

And in the end, Kenneth Gainwell was Philly’s leading rusher with 112 yards on 12 carries.

During the regular season, the Giants finished 26th in rushing yards as they allowed 144.2 yards. New York went into the game against Philadelphia understanding that they needed to contain the rushing defense to win this game.

“We didn’t stop the run,” Giants linebacker Kayvon Thibodeaux said earlier this week. “Stopping the run is a pillar of football.

The Giants rushing defense was much better in the third quarter as they kept the Eagles off the scoreboard and held them to just 12 yards rushing. However, in the fourth quarter, the Eagles went back to their rushing ways as they ran over 200 yards against the Giants for the second time in three meetings.