Todays Though > News > Giddy Up! and Whoa Down! for Week 17 – Boston Herald
News

Giddy Up! and Whoa Down! for Week 17 – Boston Herald 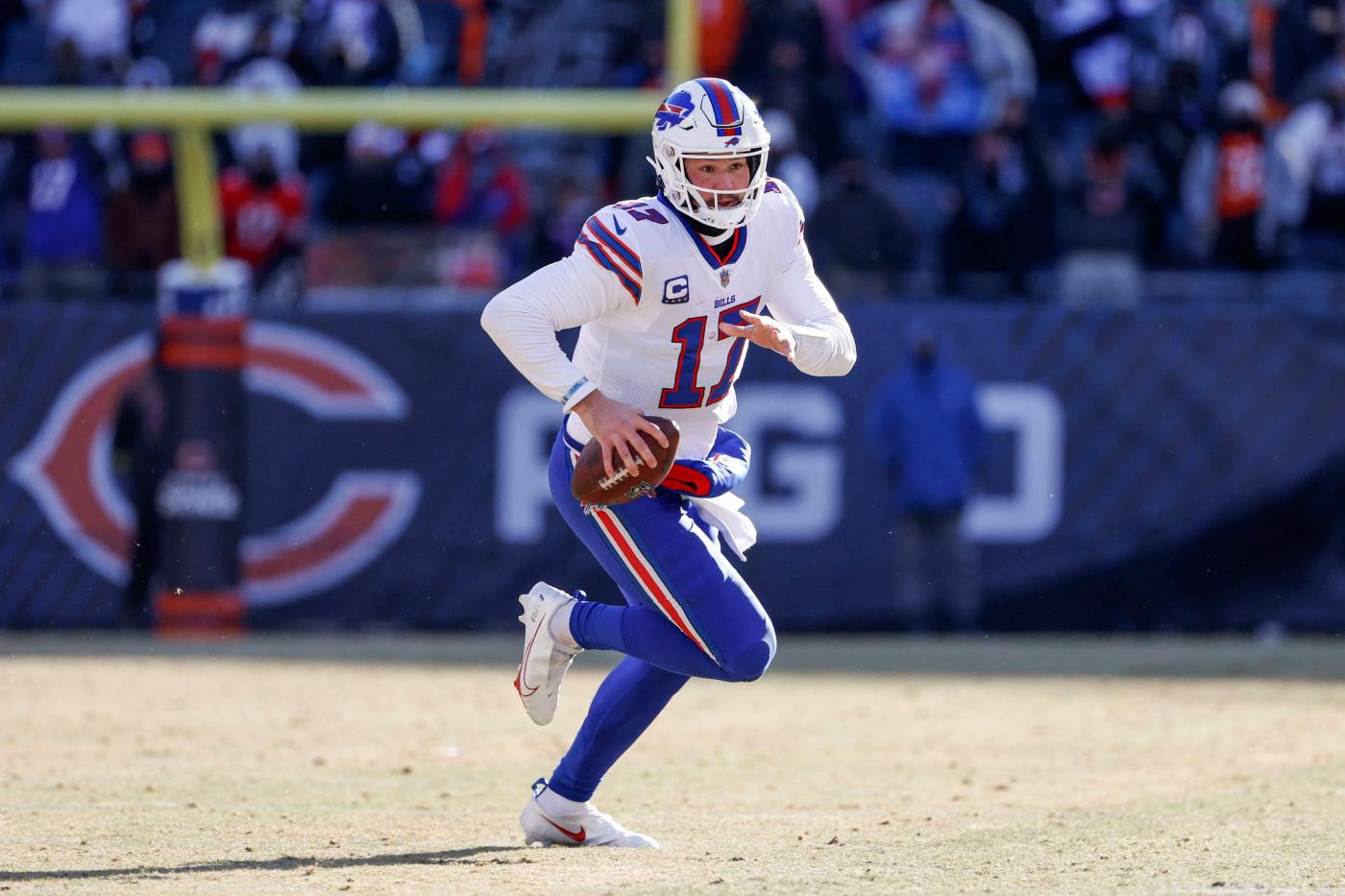 Week 17 is the Fantasy Championship game for many leagues, while some leagues courageously play in Week 18. My Buffalo Soldiers will be playing for a tenth crown in the OFFL against the Catamounts, run by my brother-in-law, Billy C. The game will no doubt come down to the Cincinnati-Buffalo game on Monday night as Billy has Joe Burrows while I counter with Josh Allen. The winner gets a personalized champ T-shirt emblazoned with their team logo. Billy has promised a pocket tee for the OFFL this year. Good luck. As we look at our Giddy Ups! and Whoa Downs! for the Week 17 Fantasy Playoffs, make sure to check the NFL injury reports before submitting your lineups.

Josh Allen, QB — The Bengals boast the seventh best pass defense, but that ranking was achieved facing lesser QBs Cooper Rush, Marcus Mariota, Jacoby Brissett, Mitch Tribusky, P.J. Walker and Joe Flacco just to name a few. Josh is fighting for a first-round bye, and he will rise to the occasion.

Justin Fields, QB — If you somehow survived Field’s implosion last week to advance in your playoffs, don’t be afraid to roll him out again. He shredded Detroit for 48 Fantasy points in Week 10. The Lions do not have an answer for Fields. Giddy up!

Saquon Barkley, RB — The Colts have given up 10 TDs to RBs in the last four weeks. At home and still battling for a playoff spot, Barkley will add to the Colts’ woes while adding to your championship hopes.

Jerick McKinnon, RB — Every year a surprising RB leads teams to Fantasy glory. Who can forget C.J. Anderson’s 299 yards and two TDs in the last two games of 2018? This year it’s McKinnon. He has over 80 Fantasy points his last three games and faces the Broncos who just made Cam Akers (118 yards, 3 TDs) look like Eric Dickerson.

Stefon Diggs, WR — Diggs has 10 catches in his last three games and no TDs in a month. But the Monday night spotlight will be on him as he finds multiple holes in the Bengals defense on his way to one of his best games of the year.

Garrett Wilson, WR — It’s fun to watch Wilson play receiver. He’s always open. This week the Jets will start a QB that can get him the ball. Mike White is at the helm, so fire up Wilson.

Evan Engram, TE — Engram is on fire, with 26 receptions for 337 yards and a pair of TDs his last three games. The Texans have been playing good football of late, but they can be had by a decent tight end like Engram.

Aaron Rodgers, QB — Rodgers is not the gunslinging QB we’ve come to love. He’s just 16th in QB points scored and has yet to throw for 300 yards. The Vikings are not a strong defense, but Rodgers will most likely get his 240 yards and two TDs.

Trevor Lawrence, QB — The Texans are a perplexing foe for Lawrence. In his last two outings they’ve held him without a TD. I know he’s been great this year, but this smells like a trap game to me.

Devin Singletary, RB — You can’t run on the Bengals, and I don’t expect the Bills to even try. In the last month, Cincinnati has held Derrick Henry, Rhamondre Stevenson and Nick Chubb to under 38 yards.

Kenneth Walker III, RB — Walker is still hampered by a sprained ankle. The Jets will be in a foul mood in Seattle after crashing versus Jacksonville last week. At best, Walker might get 60 yards rushing and 20 receiving.

Amari Cooper, WR — Cooper has had one decent outing since Week 11, and his numbers have only worsened since Deshaun Watson took over. He’ll be lucky to get five receptions for 70 yards at Washington this week.

Tyler Higbee, TE — His point outburst against Denver aside, Higbee is a risky start vs. the Chargers. Other than Travis Kelce’s three TDs in Week 11, they have given up one other TD to a tight end the entire year.