Todays Though > News > GM Ryan Poles says learning how to finish is the key to the Chicago Bears’ ascent: ‘We’re on the doorstep’
News

GM Ryan Poles says learning how to finish is the key to the Chicago Bears’ ascent: ‘We’re on the doorstep’ 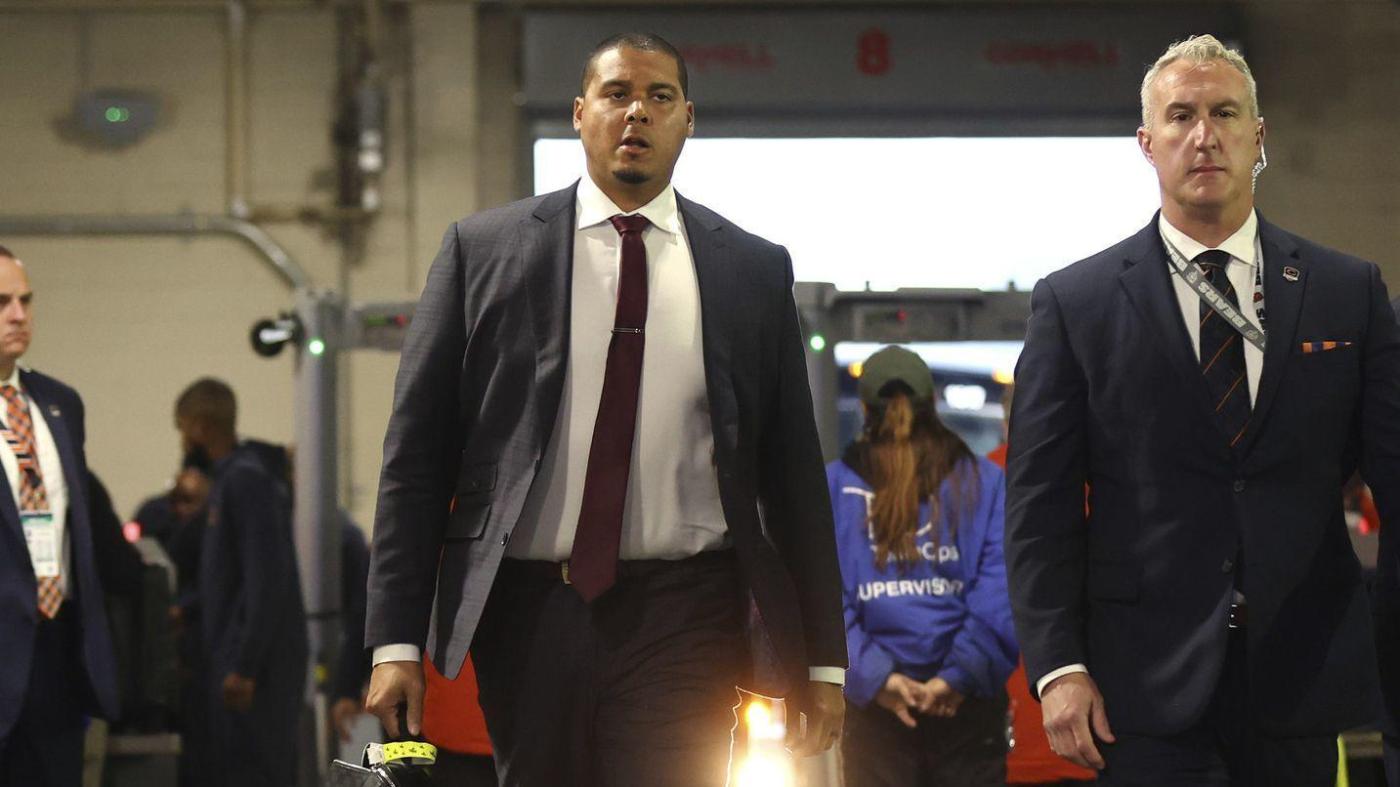 That’s what Poles would like to see his team do better after a 2-4 start characterized the last three weeks by games that slipped away late. The Bears squandered fourth-quarter leads in losses to the Washington Commanders and Minnesota Vikings and couldn’t quite get over the hump in the fourth quarter against the New York Giants to begin the month.

Thus they went into Monday night’s clash with the New England Patriots at Gillette Stadium with plenty to prove and with Poles believing he knows how this group can turn a corner in its ability to finish.

“It’s detail in their work,” Poles said. “Just being very specific, it’s being exactly where you’re supposed to be. (It’s) your technique. I know Coach (Matt Eberflus) is big on technique. That’s one thing they hammered this week. I believe in that too, just from my time playing. If you can dial in on technique, all the other little stuff comes after that.”

Poles met with reporters for a little more than 10 minutes, long enough to provide an overview of where he thinks the Bears are and where they need to go. Naturally, a lot of the conversation revolved around quarterback Justin Fields and his path to progress.

Here are highlights from that session.

On his big-picture assessment of where the Bears are after the first six games:

“Clearly, Matt and I are on the same page in terms of competing to win games. We’ve come up short a few times, and to us that’s a little bit of having a young team that needs to learn how to finish in the red zone and win games and do the things we’re hoping to do. What I was really encouraged about was how we handled this mini-bye. And regardless of your record, the ability to look in the mirror and see what did we do well, what did we not do well, what have we struggled with and then attack those things (is key).

“Our coaches met with the players. We met with the coordinators and just talked about that exactly. And then what’s the plan to improve and take the next step? The work that was put in this week was incredible, making some adjustments to get guys in positions to be successful and do better and hopefully win some games.”

“I know Justin has been a big topic with his development. And we’re encouraged with the progress that is there. I know it’s not in the statistics and on the paper all the time, but he is getting better in a lot of different areas. As a whole we’ve got to continue to play better around him as well to allow him to keep playing well and get his confidence going to execute at a high level.”

On what he would like to see Fields show over the final two-plus months to demonstrate progress:

“(It’s) a few different things. How is he being used? Are we putting him in the position where he can be successful? And then it’s the execution and the details of what he’s being asked to do and really speeding up to the game and making decisions quicker. Again, the beautiful thing about football, it’s reliant on everybody else. As a whole we have to improve. And I think we’ll see that when everyone starts to get better, then we’ll start to ascend.”

On the possibility of being active before the trade deadline to add pass-catching help for the offense:

“Regardless we’re always going to be active in terms of whether it’s making phone calls or picking up the phone and just seeing if that is something that can improve our team and it makes sense for us — not only for now. Because I’ve always talked about this. It’s about sustaining success for a long period of time. It’s not the short fix all the time. Just blending that together is tough because it takes a lot of discipline to do. So that’s what we’re balancing.”

On where the team has fallen short through the first six games:

“I knew we were going to be a young team. But it’s really just executing at a higher level and guys making plays. Finishing. Those types of things. Also, we know that it’s a new scheme for a lot of different people. Even with Justin, this is his first year with us. He doesn’t have many starts as it is. It’s just continuing to grow and seeing guys mature within the game. That’s what we need to speed up.”

On specific things he has seen from Fields that encouraged him:

“With young players you’re looking for the flashes. And he has shown the flashes of getting the ball out on time, being accurate. Some of the deep shots — like even the one to (Dante) Pettis (against the Commanders) was incredible. So it’s continuing to do those things. That’s what we’re looking for.”

On the ongoing criticism from outside that he didn’t do enough in the offseason to improve the offensive line and receiving corps to properly help Fields:

“We’re still able to evaluate everybody in our current situation. I’m convicted with the things that we did do this offseason and in the draft. And we’ll continue to chip away. Like I’ve said, everything we’re going to do or are doing is to sustain success over a long period of time. Within that, I think we can still evaluate our players — from the quarterback to guys on defense and all the positions.”

On the performance to this point of rookie defensive backs Kyle Gordon and Jaquan Brisker:

“Kyler’s getting better every single week. I thought the last game was probably his best game so far. We put a lot on his plate playing inside and outside, and that takes a lot of mental toughness. Especially playing DB in this league, it’s a grind. There’s a lot of space to cover, so he’s doing good and will continue to improve. I truly believe in that.

“And then Brisker’s been doing a good job too. I’ve been expecting him to make some plays on the ball and I think that’s going to come as well. But his ability to tackle and come in and fill and help our defense become physical, I think he’s done a good job.”

On where he sees indicators of the team he wants to build long term:

“For the age of our team, there have been a lot of games where we’re knocking on the door to win games. The next step is learning how to finish. And you all know this from watching on Sundays. There are teams where, once they learn how to find a way to win, there are teams that know how to come back from deficits. There are characteristics of (winning) teams. Finishing is one of those things. We really need to take that next step. But we’re on the doorstep.”

On his evaluation of coach Matt Eberflus:

“He’s incredible. Again, his ability to self-assess over this last week and get the staff together and keep the team jelled together (has been good). That’s what you worry about with any team is when you lose, you don’t want things to fracture, and this team is tighter than it’s ever been. (It’s about) believing in each other and finding ways to win games moving forward.”