‘Grinch’ on both sides of the law for Christmas season 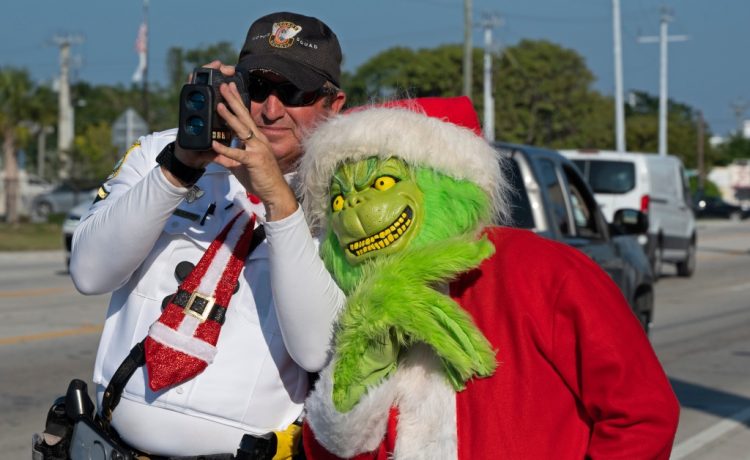 The Grinch is featuring prominently on both sides of the law this Christmas season.

In Arizona, the state Department of Public Safety said one of their troopers spotted a “Seusspicious-looking” green passenger in a high-occupancy lane on Interstate 10 in Phoenix earlier this month.

“The trooper stopped the driver & determined the grumpy green guy was, in fact, an inflatable Grinch. (No other passengers.),” the agency tweeted on Dec. 13. “While we appreciate the festive flair, this is illegal & the driver received a citation for the HOV violation.”

In the Florida Keys, Col. Lou Caputo of the Monroe County Sheriff’s Office has donned a Grinch suit to call attention in a nice way to the need to obey speed limits in school zones.

In the gag he first came up with 20 years ago, Caputo offers light speeders the choice between a citation or a “gift” of an onion when he pulls them over.

“When I give them a clear choice of a citation or the onion, they will take the onion,” Caputo said. “And I’ve had them eat the onion right in front of me.”

Those speeding faster than 5 mph through the school zones, where students remained in session through Friday, would still likely receive a costly ticket.