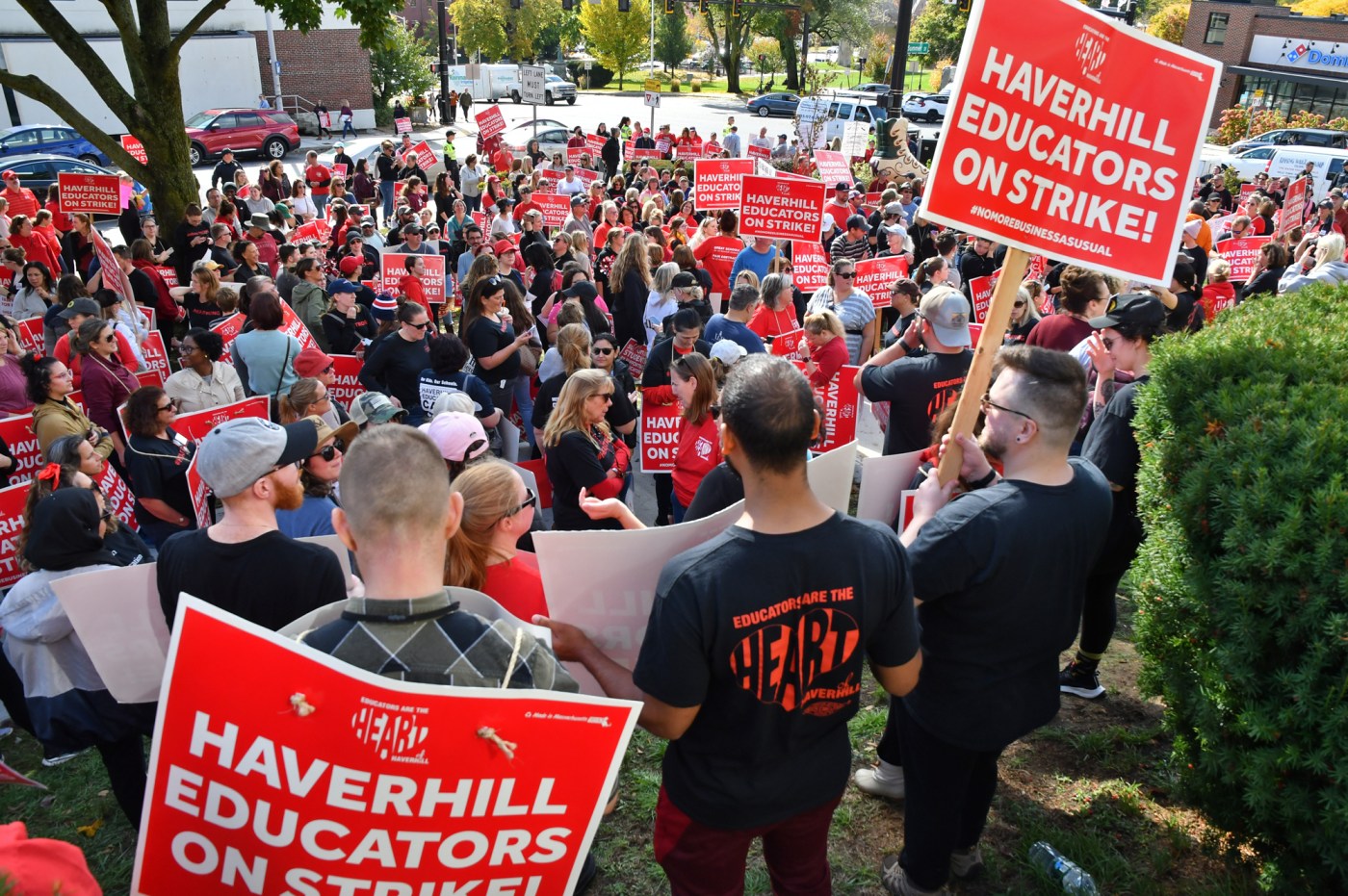 The continued Haverhill teachers strike racked up a high price tag Wednesday, as contract negotiations and picket lines continued for their third day.

Both the Haverhill Education Association and the Massachusetts Teachers Association will each face a fine of $50,000, Essex County Superior Court Judge James Lang declared Wednesday, and may accrue $10,000 fines for each additional day spent on strike.

Lang said the fines were intended to “coerce compliance” from the unions, regardless of whether a deal was reached.

The fine comes a day after the same judge passed down an injunction ordering the school employees to return to their classrooms. Striking is illegal for public employees in Massachusetts under state law.

The educators have shown no intent to back down now. Union representatives stated they will only return to work if a tentative agreement is reached.

Negotiations between the school districts and union continued from 1 p.m. late into the evening, a promising sign after days of start and stop, contentious sessions. Though the school district posted a message saying it would give updates “around 7 p.m.,” parents had not received notification about whether schools would be closed as of 7:30 p.m.

Haverhill teachers are calling for better wages, adjusted safety standards and better diversity and equity policies, among other demands.

“Currently, Haverhill ranks 251 out of 323 cities and towns in per pupil investment,” read the statement. “This is a result of deliberate and consistent lack of sufficient local appropriations for schools over many years. The unfortunate result is well documented — we have a tough time attracting and retaining educators and our schools lack the resources for maximum student achievement possible.”

The legislators urged the sides to strike a “fair deal.”

The picket line and a rally outside of city hall remained crowded and upbeat throughout the fourth day.

Malden teachers also went on strike Monday over a contract dispute but settled their negotiations and returned to work Tuesday.