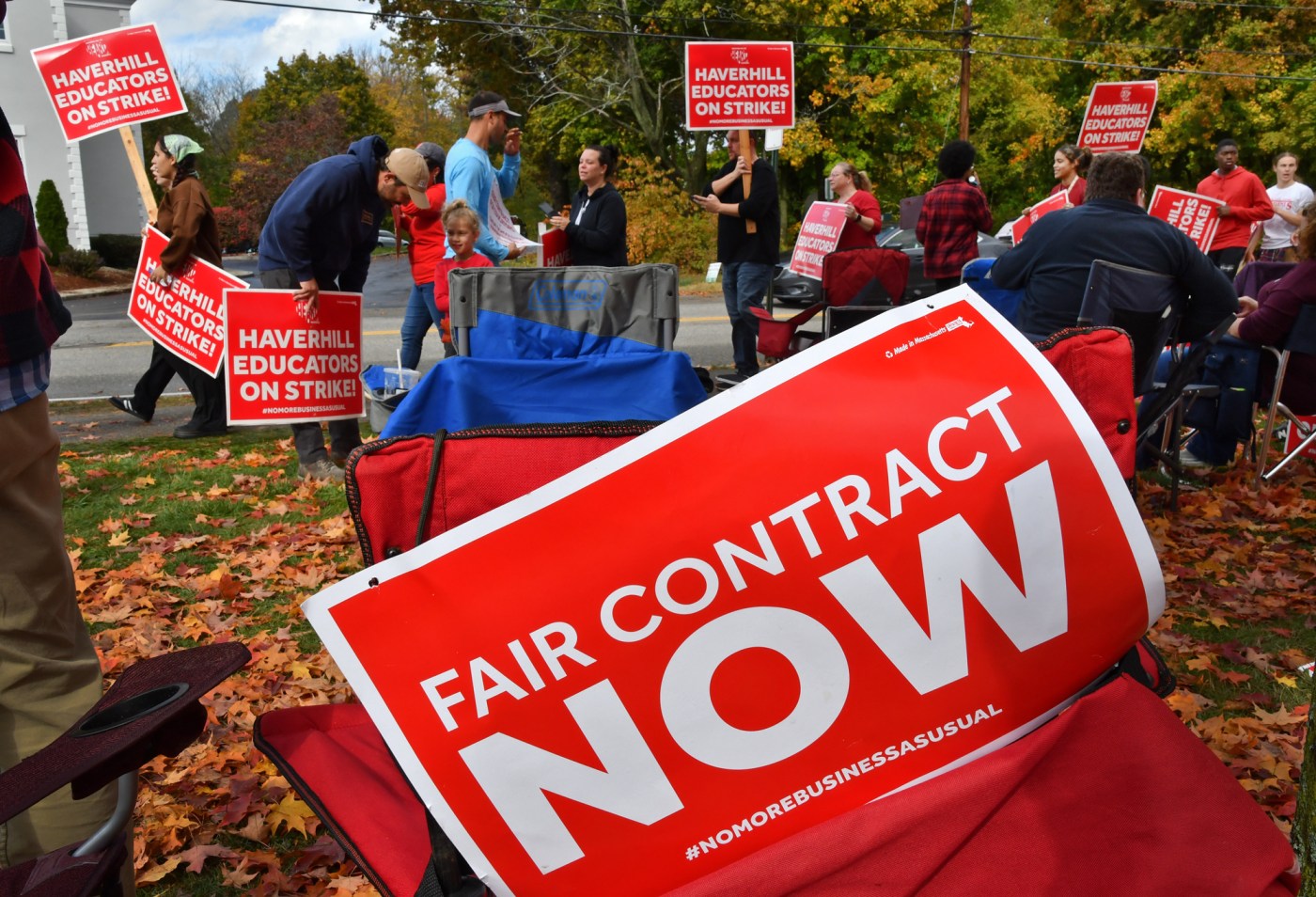 Going into the fourth day of canceled classes and teachers’ picket lines in Haverhill, contract bargaining is “on the one yard line,” negotiators said late Wednesday night.

Haverhill teachers have been on strike since Monday to push for a significant changes to their contract. Though talks continued for nearly eight hours Wednesday, negotiators were not quite able to get kids back in classrooms Thursday.

“It’s a large increase,” Davis said of the financial agreement. “It starts to fix starts to fix the $10,000 gap. It doesn’t close it, but it starts to start to improve the conditions in Haverhill.”

Going into the strike, Haverhill teachers argued they are paid well below the median teacher pay for the state and the low pay is costing the district teachers.

There are currently 76 open positions listed on the Haverhill School District website.

The financial side was perhaps the negotiation’s largest hurdle, but both sides were still fighting to stick the landing Thursday.

One of the largest continued issues was language related to reporting systems. The HEA is looking for a “working group” to facilitate forms and communication channels to notify teachers when there is an incident that pertains to their work.

“Teachers and students are constantly hurt by other students, and the current administration doesn’t hold people accountable,” said Davis. “There’s instances where students are experienced trauma or hurt, and we could have helped them, but we weren’t able to help them because the communication broke down. And we just want to keep our kids safe.”

Wood said the committee was concerned about the issue in relation to “student privacy laws.”

Negotiators reconvened at 10 a.m. Thursday and have continued into the afternoon.

In the meantime, teachers and the community are spending the day rallying on Main Street outside of city hall.

“People are in high spirits,” Davis said. “I’ve never seen or heard of a picket line that on the fourth day has this much energy.”

Both sides said they’re “hopeful” kids will be back in classrooms Friday.