Todays Though > News > ‘He still does great things’
News

‘He still does great things’ 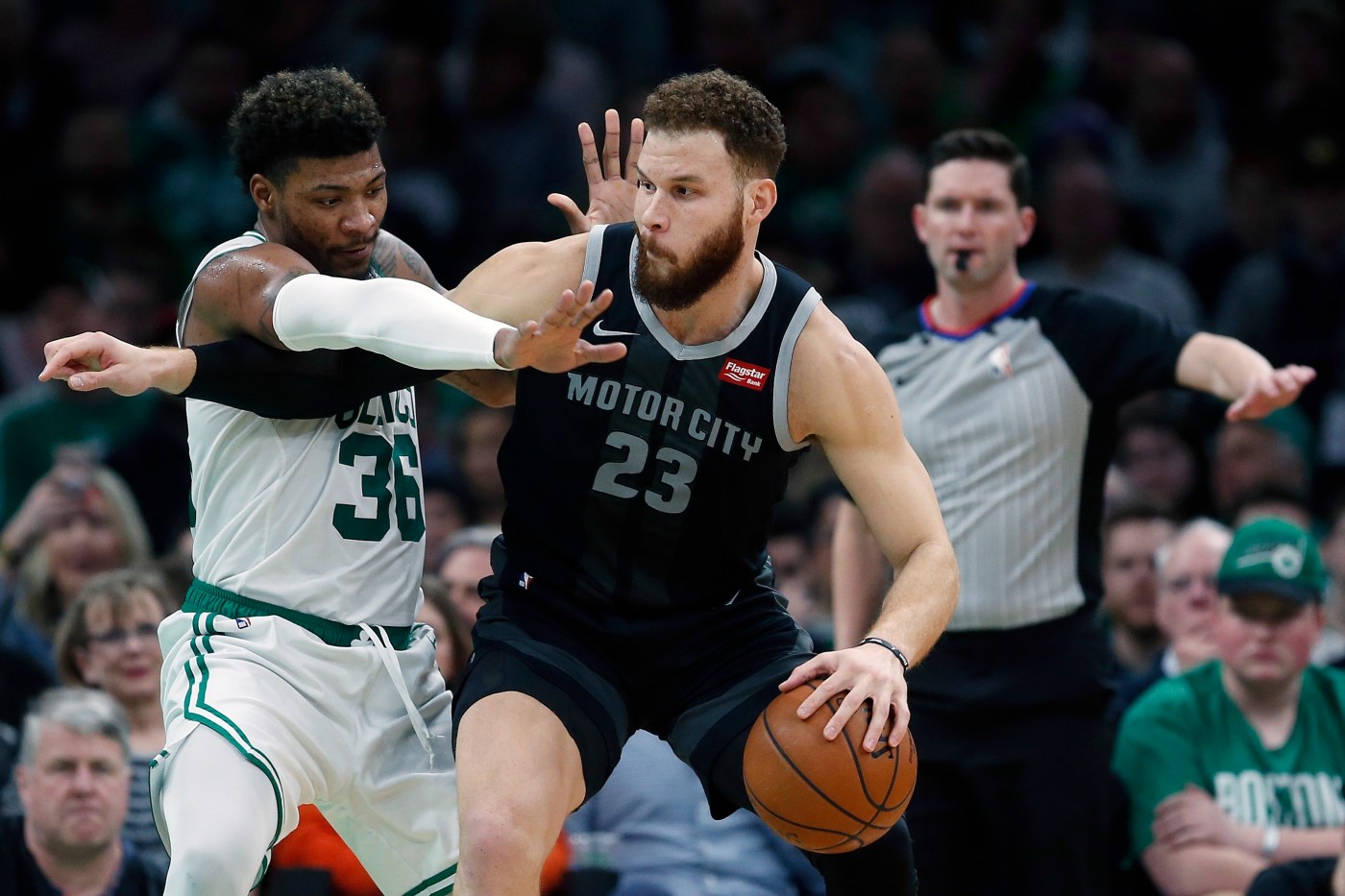 Marcus Smart knows Blake Griffin isn’t the high-flying threat that made him a must-watch player a decade ago, but he still thinks he has enough left in the tank to give the Celtics a lift.

The Celtics reportedly signed the 33-year-old Griffin to a fully guaranteed one-year deal on Friday, which should give them much-needed depth in the frontcourt after losing Rob Williams to start the season. Smart is a fan of the move.

“Love it,” Smart said after Saturday’s practice. “He’s not above the rim anymore, but he still does great things. He’s a great professional. Last year he led the league in charges taken. For a guy that doesn’t play as much, that speaks volumes of what he does. He can affect the game not just with his offense, but defensively. So it’ll be a great pickup for us. It’s a great vet for some of these young guys to listen to and what he has to offer.”

Griffin led the NBA with 26 charges taken last season despite playing in just 958 minutes, while his new Celtics teammate Derrick White followed closely with 25. Smart, who drew 16 charges last year, said there’s already an early competition this season that will only intensify once Griffin joins the team.

“I already started with D-White,” Smart said. “It’s definitely going to be great. We are going to challenge each other every day and you got three of the best charge takers in the game on the same team, it’s only going to help everybody else.”

Celtics coach Joe Mazzulla declined to comment on the signing of Griffin, which is not yet official.

“Front office hasn’t told me anything yet,” Mazzulla said.

Since training camp began this week, several Celtics players have spoken of how vocal Smart has been and how his presence has been clearly felt. But the point guard said he’s not trying to do anything more than usual in the wake of Ime Udoka’s season-long suspension.

“I’m not trying to step on any toes, I’m just trying to do what I can and what I do best,” Smart said. “I think I don’t have to do more because of what I do. I’m not just out there talking, I’m out there proving by example, how I work and how I approach the game every day. I don’t think I have to do more, I just take more emphasis for guys to follow and really get in line with the identity that we’re trying to create.

“The beauty of it is we have our starting five last year, everybody got a vote for the All-Defensive team so that speaks volumes about where we’re at with our identity and who we’re trying to be.”

Smart praised Mazzulla – describing the coach as a natural – and said the Celtics have been successful at eliminating outside distractions early in camp.

“When we’re on the floor it’s just us and nothing else matters, and that’s how we have to approach it,” Smart said. “Everybody’s been very professional and everybody understands the severity of what’s happening right now where it can go one of two ways and we seen how it went if we don’t step up and put our foot down and correct things we need to do and stay on top of things, so for us we don’t want to start like we did last year, putting ourselves in that dogfight early and having to fight all the way back.

“So we’re trying to keep that up. When we’re on the floor it’s just us. The energy has been great and everybody has been real professional and participating very well and trying to do everything they can to help this team and help themselves.”

Mazzulla confirmed that Luke Kornet suffered a sprained left ankle this week in practice, and the center is day to day as he gets treatment. Kornet – who is expected to make the team and play a larger-than-expected role with Williams out – is unlikely to play in Sunday’s preseason opener against the Hornets.

“It gives us another opportunity to just look at different things,” Mazzulla said. “It gives other people opportunities. Obviously we wanted him to get some minutes, but we’re just going to have to figure that out.”

Without Kornet available, Sunday should offer an opportunity for Mfiondu Kabengele – signed as a two-way player – to earn some extended action as he continues to acclimate himself to the Celtics.

“Regardless of what’s going on, his role shouldn’t change,” Mazzulla said. “We talked to him at the beginning of training camp what we’re looking for, and he’s done a great job doing those things: screening, running the floor, bringing energy, rebounding, and then really learning our defensive system. …

“He’s doing great,” Mazzulla added of Kabengele.” He’s coachable and he loves to learn and he plays hard. To me, anybody that does those three things has a chance. That’s something he’s done very well.”

What is Mazzulla looking for in the Celtics’ first preseason game on Sunday?

“Just want to see everything we emphasized in these first four days of practice, what our defensive identity is and the concepts that we talked about on the offensive end,” Mazzulla said. “We’ve made it a point to work on reading the game and playing at a certain pace, and we just want to see some carryover in that.”