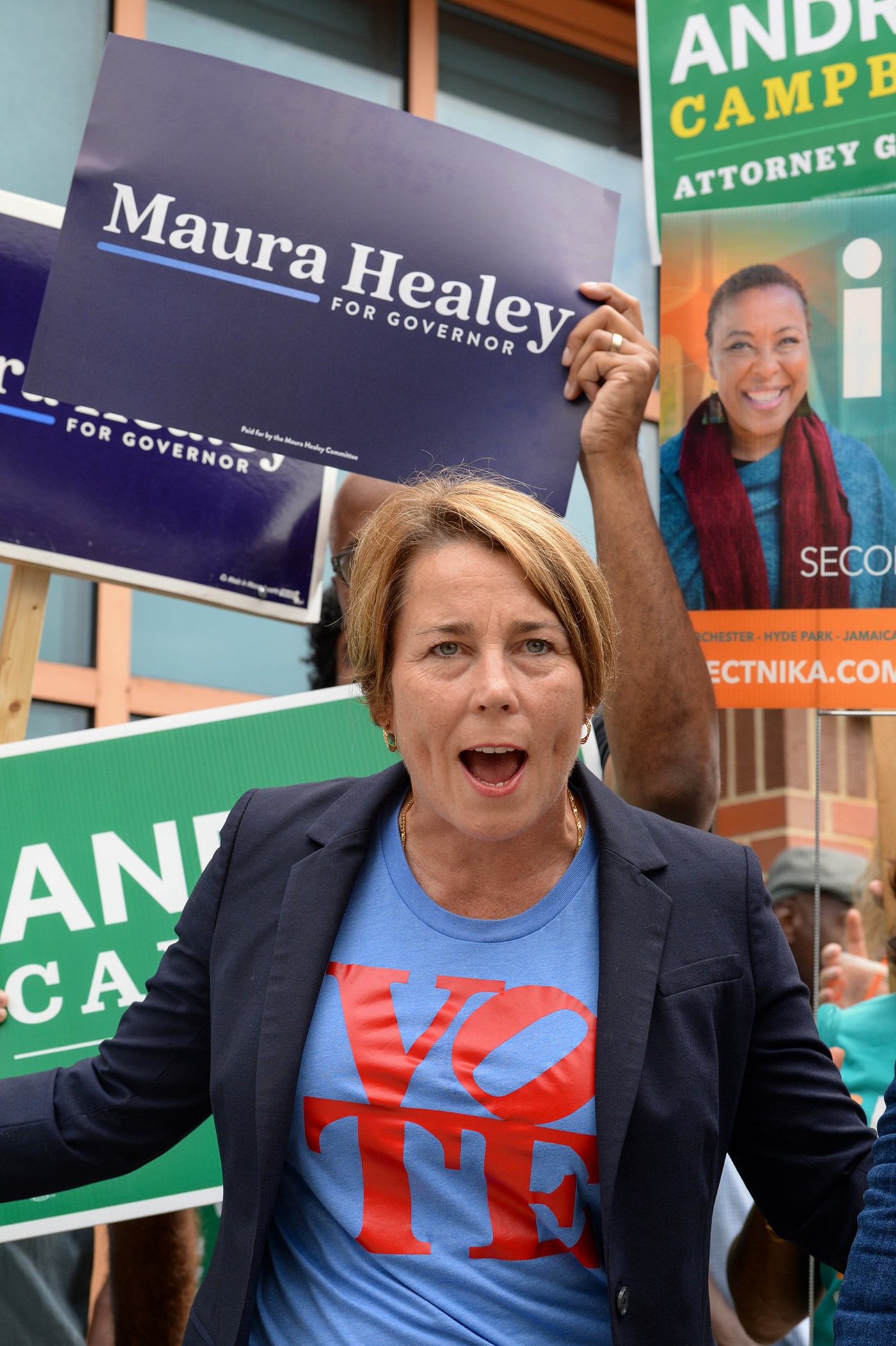 It is not an apology, but it will have to suffice, at least for now.

It is Attorney General Maura Healey’s “regret” over incendiary — and dumb — remarks she made following a night of rioting and looting in downtown Boston in June 2020, eight days after the murder of George Floyd.

Had Healey looked out the window of her high-rise office in the McCormack Building she would have seen rioters and looters running amok in downtown Boston a couple of hundred yards away.

Tony Newbury, Tremont and Boylston streets were turned into a war zone. In the name of George Floyd, looters and rioters smashed storefront windows, burned and robbed business

Clashing with Boston cops, they sent nine of them to the hospital and torched patrol cars. The cops made 53 arrests. Damage to businesses was in the millions of dollars.

Two days after the June riot, with smoke still lingering over the city, Healey, the estate’s chief “law enforcement officer,” made a speech to the Greater Boston Chamber of Commerce in which she justified the riots in the name of fighting racism.

The progressive attorney general showed no sympathy for the cops or for the business owners whose livelihoods were torched and looted. She made no mention of law and order.  She conducted no investigation, made no arrests and prosecuted no one.

Now two years later, and as all but certified Democratic candidate for governor, Healey is attempting to walk the comment back, sure in the knowledge that her Republican opponent — whoever he is — will make a campaign issue out of it.

“It was a poor word choice. A poor phrase chose,” she told CommonWealth Magazine. “I wish I could do it over again because I would not have used that phrase to make my point.”

Healey will be opposed in the November election whoever wins the GOP Sept. 6 primary contest between former state Rep. Geoff Diehl of Whitman, the favorite, and Wrentham businessman Chris Doughty.

Healey as governor will appoint scores of new judges. If there is any indication of what kind of judges the woke Healey will appoint, one only has to look at Healey’s passionate support of suspended Newton District Court Judge Shelley Joseph, a fellow progressive.

Judge Joseph, who is still being paid $184,000, was indicted in 2019 on federal charges of obstructing justice and conspiracy for allegedly allowing a twice deported illegal immigrant to sneak out the back door of the courthouse to avoid being detained by waiting ICE agents.

Healey, along with then Suffolk County District Attorney Rachael Rollins — now U.S. Attorney — was highly critical of then U.S. Attorney Andrew Lelling for seeking the indictment. Rollins, now U.S Attorney, has recused herself from the case. No trial date for Joseph has been set. Rollins’s office has not answered requests for an update

Healey accused Lelling of conducting “a radical and politically motivated attack on our state and the independence of our courts.”

As a candidate Healey should be asked if she intends to require potential judges to keep the back doors of their courthouses open so criminal illegal immigrants can escape.

And speaking of political motivation, an example is Healey’s questionable indictment of former state Sen. Dean Tran of Fitchburg, a Republican, on a three-year-old charge of stealing a gun from an elderly constituent. Tran, who denied the charges, is running against Democrat U.S. Rep. Lori Trahan in the Lowell-centered 3rd Congressional District. Worcester District Attorney Joseph Early, who had jurisdiction, apparently passed on the old case.

But Healey, who has never prosecuted any similar cases, reached down to indict Tran, a Vietnamese American, after Lori Trahan contributed $1,000 to Healey’s campaign and raised $30,000 to $50,000 more from fellow supporters.

Move along, folks. Nothing to see here.