Healey needs to take Cape bridge projects into her own hands 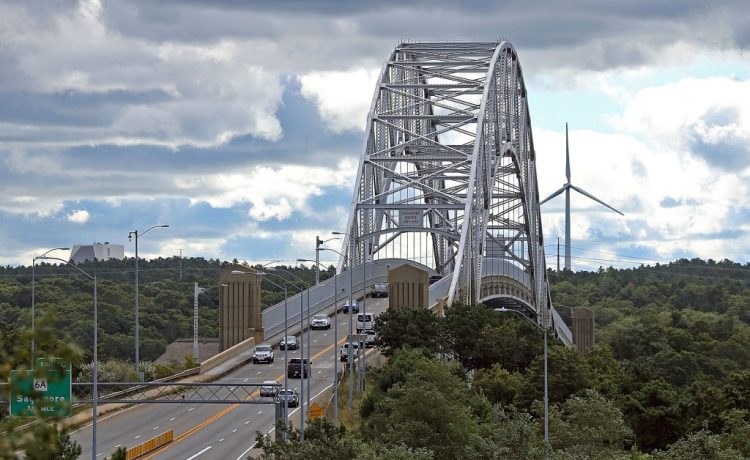 Yes, there is a solution to the Cape Cod bridges.

And the answer is not a bridge too far.

It lies in the hands of Gov. Maura Healey. But it will take bold leadership on her part to make sure the two functionally obsolete, lifeline bridges to Cape Cod—the Sagamore and the Bourne—are replaced before they collapse.

The bridges were built 88 years ago with a projected life lifespan of 50 years.

The US Army Corps of Engineers, which built, operates and maintains the bridges, called them “functionally obsolete” 15 years ago.

The Corps would oversee construction of two new bridges at a cost of $4 billion, half of which would come from the federal government.

However, the Massachusetts delegation to Washington, all Democrats, led by Sen. Elizabeth Warren and Ed Markey, have repeatedly failed to win appropriation of $2 billion in grant money for the desperately needed project.

Earlier this month the state Department of Transportation announced that once again the application for federal funds filed by the US Army Corps of Engineers, had been rejected.

This rejection came even though Democrat US. Rep. Richard Neal of Springfield, was chairman of the House Ways & Means Committee in a Democrat-controlled Congress, working with Democrat President Joe Biden.

Federal funds for the bridges seem even more remote now that budget cutting republicans have taken control of the House and Biden has more important things on his mind, like surviving.

It is interesting to note that Healey in her inaugural speech, which came just days after the rejection announcement, called for creation of a state agency to go after federal infrastructure funds for roads and bridges which fellow Democrats Warren, Markey, Neal, and the rest just failed to do.

Whether Healy meant to diss the Congressional crowd or not, the fact remains that there are no federal funds forthcoming to build the two new bridges.

Or if the funds are available, the state’s delegation to Washington cannot get them.

And realistically, Healey can create all the agencies she wants to deal with the federal government, but if the state’s two senators and nine members of the House, all Democrats, cannot carve $2 billion out of the trillions that Joe Biden has thrown around, then a newly created state agency will not succeed either.

So, Healey should forget Warren, Markey and the rest of the useless Massachusetts delegation, and forget also about her new agency.

What she should do is build the bridges herself. While progressives like Healey are always talking about building bridges to this, that or the other allegedly aggrieved community, in this case she could build a real bridge.

In this era of firsts—first this, first that, and first whatever—Healey could be the first governor in Massachusetts history to not only to build a real steel bridge, but she could build two of them.

Never in recent memory has a governor assumed power with so much money on hand. Thanks to former Republican Gov. Charlie Baker, the state is awash in money.

The state took in so much money from taxpayers in 2021 that it was by law forced to refund some $3 billion to overtaxed residents.

In addition, Baker left Healey a $5 billion budget surplus as well as depositing another $7 billion in the state’s rainy-day fund.

Healey comes into office with $12 billion on hand that she, with the approval of a Democrat-controlled Massachusetts Legislature, can spend as she sees fit.

The bridges, without the $2 billion in federal funds, would cost Massachusetts $4 billion, leaving Healey and the Legislature with $8 billion in excess money to throw around.

If Gov. Healey  wants to build real bridges, she should start with the Sagamore and the Bourne. The people deserve it. And it’s their money.