Healey should put Baker in charge of the MBTA 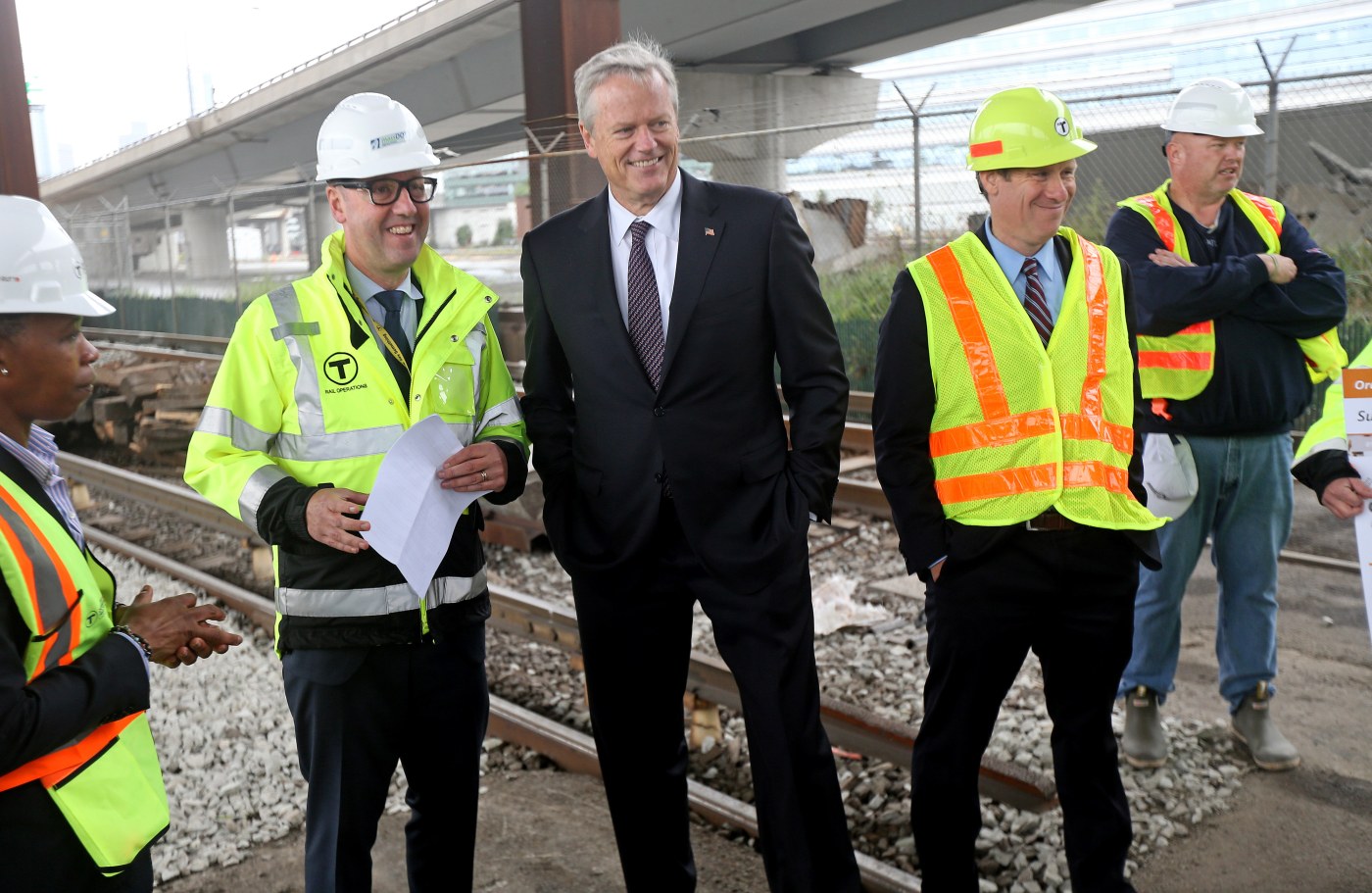 And she should make him take the job.  He owes us because he promised to make the MBTA better, but he only made it worse.

So, who better than Charlie, who will soon be out of a job and looking for work?

Baker would get a pay raise to boot, seeing that resigning MBTA General Manager Steve Poftak, who Baker appointed four years ago, is paid an outrageous $366,250, plus bonuses, for driving the agency into the ground.

It won’t happen, of course. It’s a joke.  Taking on the problems of the MBTA is like planning to win the Vietnam War. After serving as governor for eight years, Baker wants a discharge.

Baker, a Republican, was elected in 2014 over Democratic Attorney General Martha Coakley, largely on his managerial and administrative experience both in state government and the private sector.

A lot was expected of him. But what he did not expect, and was not prepared for, was the breakdown of the MBTA

He had served as a cabinet member in both the administrations of Republicans Bill Weld and Paul Cellucci, first as secretary of Human Services, and then as secretary of Administration and Finance. He also had been a top official in the health management field.

The MBTA was Baker’s first challenge upon assuming office. It is also his last. He did not handle the first very well, and he is turning the last challenge over to Healey. Charlie and the MTA began badly, and they are ending the same way.

Following a couple of February 2015 snowstorms that shut the T down and left thousands of commuters stranded, Baker said, “The people of Massachusetts deserve a well-managed, well-run, cost- effective transit system. Right now, they do not have one.”

Eight years later they still don’t. Only it is worse than it was before.

Now commuters are getting killed and maimed as a result of safety failures.  People are falling through faulty stairs, commuters are jumping out of train windows to escape fires, shutdowns and derailments are common, trains are running backwards, escalators don’t work, and people are getting stuck in subway car doors.

All the while Baker kept insisting that the system was safe.

That is until the Federal Transportation Administration said that it was not.

And the safety problem was certified by former U.S Secretary of Transportation Raymond LaHood who last month recommended stripping the Department of Public Utilities of its safety oversight authority and appointing an independent agency to do the work.

“The current system is not working,” he told a State House legislative committee last month.  “It simply is not. The FTA said that. We said it, and the people who are riding the trains have said it over and over again.”

To be fair, Baker is not the first governor to choke when it came to taking control of the MBTA and bringing it up to the standards of a modern big city, big region transportation system.

Will Healey do any better?

Who knows? Asked about it is following a transition meeting with Baker on Wednesday, Healey gave her usual non-answer to specific questions, only to say she would hire “the best possible people.”

That’s when Baker should have said, “Why not me?”

Seriously, it is one thing to run for governor and another to govern.

A cold winter is coming. Food and fuel prices are soaring. The economy is headed for the dumpster. People are hurting. They are expecting and relying on Healey to provide  them with  a safe, reliable and efficient transit system so they can get them to work. People want action, not words.

Hopefully she can deliver where the other two could not.