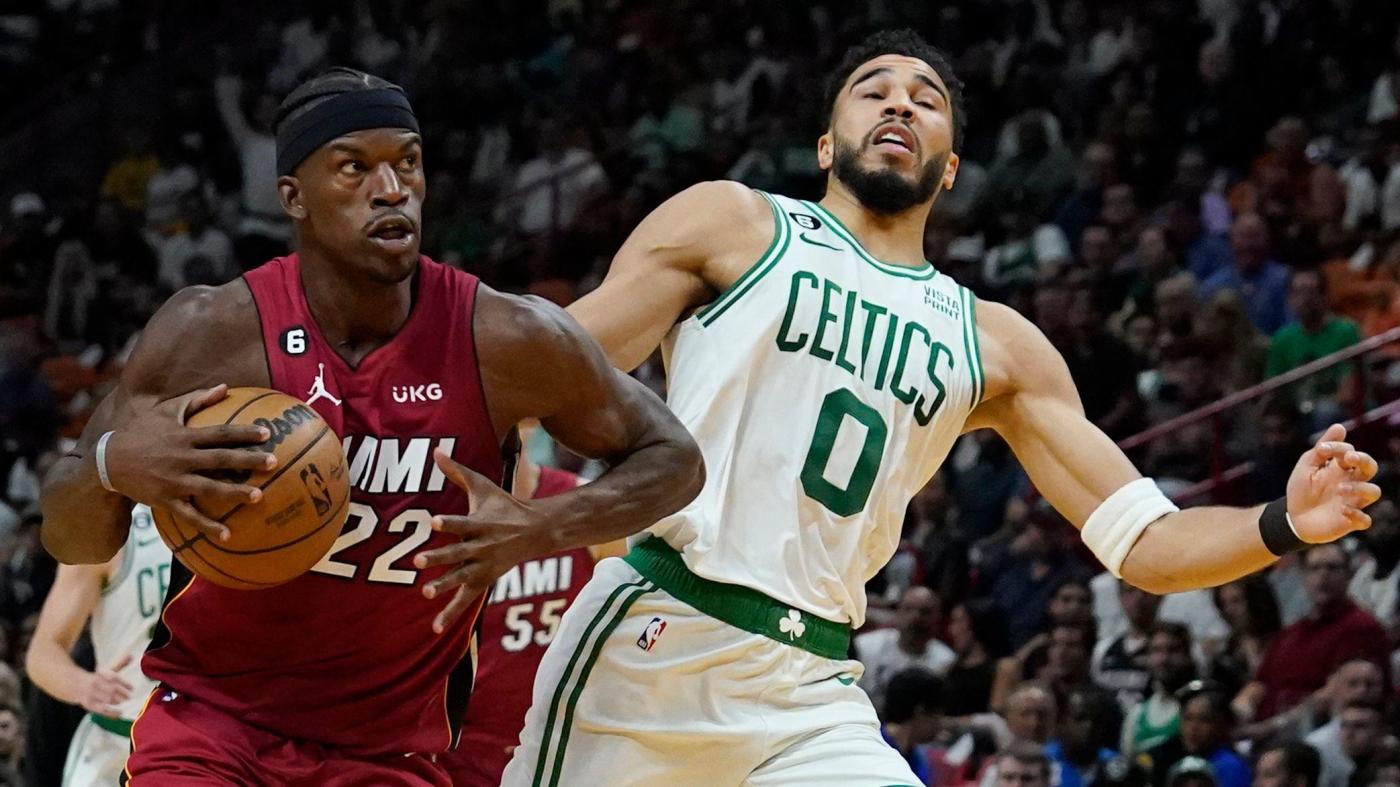 No, nowhere close to the depths of disappointment the last time the teams met, but for the Miami Heat the sting was significant.

Now 0-2, the Heat again walked off the court Friday night at FTX Arena against the Boston Celtics on the short end of the score, just as they did in Game 7 of last season’s Eastern Conference finals.

Even with more of their leading men stepping up than in Wednesday night’s season-opening loss to the visiting Chicago Bulls, the Heat again lacked enough 3-point proficiency and defensive deterrence, this time falling 111-104.

“As a whole, as a team, our defense is not perfect now,” forward Jimmy Butler said.

While center Bam Adebayo and point guard Kyle Lowry both bounced back from shaky play in the opener, Boston still had enough behind 29 points from Jayson Tatum and 28 from Jaylen Brown to move to 2-0. The Celtics closed at .519 from the field, which helped overcome their 20 turnovers.

For the Heat, there were 25 points from Tyler Herro, 19 from Adebayo, 18 from Butler, 17 from Lowry and 17 from Gabe Vincent. Butler did not get to the line after going 14 of 16 from the line in the opener.

“Everybody is trying to catching a rhythm, trying to figure it out,” Adebayo said.

It is the first time the Heat have opened 0-2 since 2007, Pat Riley’s final season as coach, before he handed the reins to Spoelstra.

“We just have to stay the course,” Spoelstra said, “there definitely was improvement from game one to game two.”

The Celtics later went up 14 in the final period, before the Heat closed within 100-95 on a Butler dunk with 4:12 remaining.

“Every time we won those swing moments,” Spoelstra said, “they came back and were able to get some separation.”

The defensive lapses proved too costly.

Asked at the morning shootaround if he looked forward to getting his shot back on track, Adebayo said, “I look forward to not shooting like that again. First game of the season, get all the nerves out, the butterflies.”

Adebayo, however, was called for his second foul with 6:16 left in the first quarter, forced to the bench in favor of Dewayne Dedmon.

Adebayo later was called for his fourth foul with 5:12 to play in the third period, also called for a technical foul for voicing his displeasure. It ultimately turned into an uneven night that included five turnovers.

“Him being in foul trouble,” Spoelstra said, “I think two of the calls were tough calls.”

3. And then: When Dedmon also was called for a second foul in the first quarter, it led to Haywood Highsmith entering as the de facto Heat center.

For as much as Spoelstra has extolled the team’s depth, without Victor Oladipo, there remains precious little shot creation beyond the first five. After Vincent, there were only four points from Heat reserves.

Not only did Oladipo miss a second consecutive game with tendinosis in his left knee, but Spoelstra made it sound as if a pattern could again be in play.

“I wouldn’t say extra cautious,” Spoelstra said of the team’s approach. “I would say appropriate, a measured approach with this. We’re looking at the long game.

“This has been about investing in him and his health now for two years. And we just want to make sure that we’re taking all the necessary steps to get him back out there, where there’s not a setback.”

4. Lowry steps up: After a forgettable opening night, when he was limited to two points on 1-of-7 shooting, Lowry was far more active from the outset on both sides of the ball, including several attempts to step in and take charges.

With his fifth assist, Lowry moved past Nate Archibald for 26th on the NBA all-time list. Also,

Lowry’s first steal moved him past Charles Oakley for 68th on the NBA all-time list, with his second moving him past Derek Fisher for 67th.

Still, the shot is not quite there, with Lowry shooting 4 of 13.

“We lost, so it don’t matter how I felt,” Lowry said. “I’ve got to stay aggressive and find a way to help our team win basketball games.”

5. Herro’s bag: Herro scored 13 of his 15 first-half points in the second period, when he shot 5 of 8. The quarter also featured a chase-down Herro blocked shot, one of two by Herro on the night.

Herro then went back into his bag with a 31-foot 3-pointer early in the third quarter, up to 21 points by that stage.

The tradeoff for the Heat is leaving Herro’s defense exposed at moments of truth.

“Our connection as a unit isn’t where it needs to be,” Herro said. “I don’t think we’re on a string defensively as a unit.”