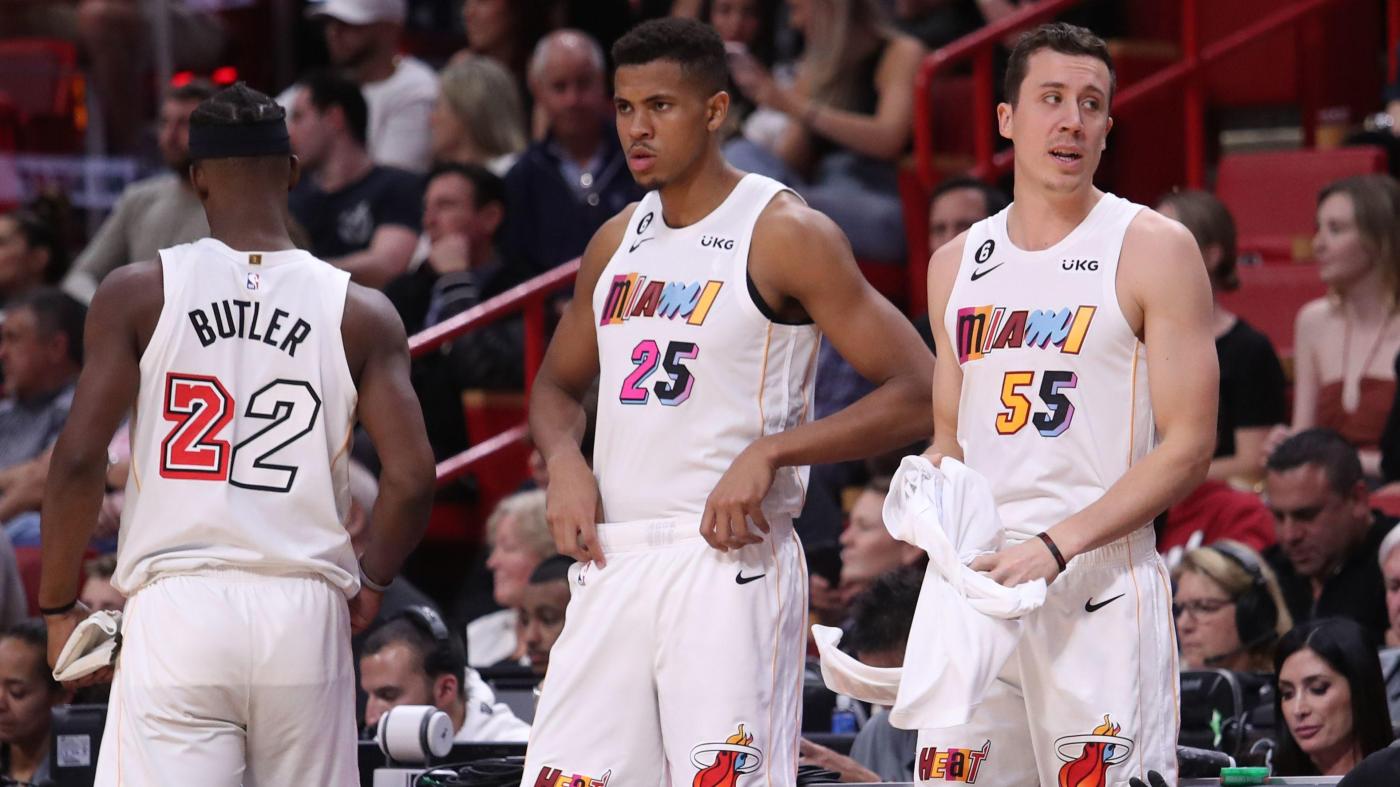 The question now is whether the Miami Heat will continue on the road to redemption or revert to a road to ruin.

The answers will be provided on the five-game trip that starts Friday night against the Denver Nuggets, and continues against the Utah Jazz, Los Angeles Clippers, Los Angeles Lakers and Phoenix Suns.

For the Heat, such extended excursions have, in large part, contributed to the middling 18-17 record the team takes west.

But the last time the Heat headed out, there was a 4-0 trip, albeit against the likes of the Indiana Pacers, Oklahoma City Thunder, Houston Rockets and San Antonio Spurs.

Still, that trip means a four-game road winning streak being in play Friday night against the Nuggets.

“Our guys are intelligent. They understand what this road trip is about,” coach Erik Spoelstra said. “We’re playing high-quality teams. We have to play well, on both ends of the court. We have to be very connected. And then you have to go through some things.

“It’s always a little bit gnarly when you go on the road. That’s the part of it I like. I want to see how we respond, and see if that brings out a higher level.”

It is a challenge apparently embraced.

“We’ve never been scared of the road,” guard Max Strus said, even with the Heat scarred by the road this season, 7-9 away from home.

For any concerns about the eight days away from South Florida, there also is perspective.

“I mean, I think we’ve had an up-and-down season, overall,” guard Gabe Vincent said. “And I think we’ve been finding our footing overall, whether we’re on the road or at home.

“So as we continue to get everyone back in the locker room and get everyone healthy, it’s encouraging and exciting.”

All while maintaining perspective of work to be done to avoid returning home with a losing record for the stretch of 7 of 10 at home that follows.

“As long as we’ve got everybody, we feel like we’re good,” guard Tyler Herro said, with the concern now the personal matter that had Kyle Lowry away from the team Wednesday night against the Lakers.

“Whatever we had on the last road trip, just continue to bring that – just a lot of energy, playing for each other, playing on a string on the defense end and the offense will take care of itself.”

It is a trip with several unique and familiar aspects.

Friday at Nuggets: With the Nuggets leading the Western Conference, and with Nikola Jokic again playing at an MVP level, it will be interesting to see if Erik Spoelstra rests players to instead prioritize the back end of the back-to-back set at altitude on Saturday night at Utah.

The game also brings the Heat back to the scene of last season’s ugly scuffle between then-Heat forward Markiff Morris and Jokic, with Heat players prevented from confronting Nuggets players postgame only by the sizable presence of Heat General Manager Andy Elisburg.

It also could present the NBA with its first-ever Nikola Jokic vs. Nikola Jovic matchup.

The Heat swept last season’s two-game series and have defeated the Jazz at least once every year since the lockout-shortened 2011-12 season.

Monday at Clippers: The Heat won the first game of the two-game season series 115-110 on Dec. 8 in Miami, in a game the Heat were without Jimmy Butler and Lowry, and the Clippers without Kawhi Leonard and Norman Powell.

The Heat have lost their last three road games against the Clippers.

Wednesday at Lakers: This is a rematch of Wednesday night’s 112-98 Heat victory in Miami.

Unlike Wednesday’s game, when the Lakers were coming off Tuesday night’s road victory over the Orlando Magic, it will not be part of a back-to-back set for the Lakers, meaning less doubt about whether LeBron James will play. The Lakers, though, will remain without forward Anthony Davis, as he deals with his foot issue.

The Heat have lost their last four road games to the Lakers, without a road win in the series since March 16, 2018.

And one thing about LeBron is that he will go to school on every twist Spoelstra threw at him Wednesday.

Jan. 6 at Suns: The Heat won the first game of the two-game season series 113-112 on Nov. 14 in Miami, when Bam Adebayo went for 30 points and 10 rebounds, in a game the Heat were without Herro and the Suns without Chris Paul.

This time, the Suns will be without Devin Booker, who is sidelined a month with a groin injury.