Todays Though > News > Heat hit 20-game mark with little sense of what might come next; Jimmy Butler out again Friday – Boston Herald
News

Heat hit 20-game mark with little sense of what might come next; Jimmy Butler out again Friday – Boston Herald 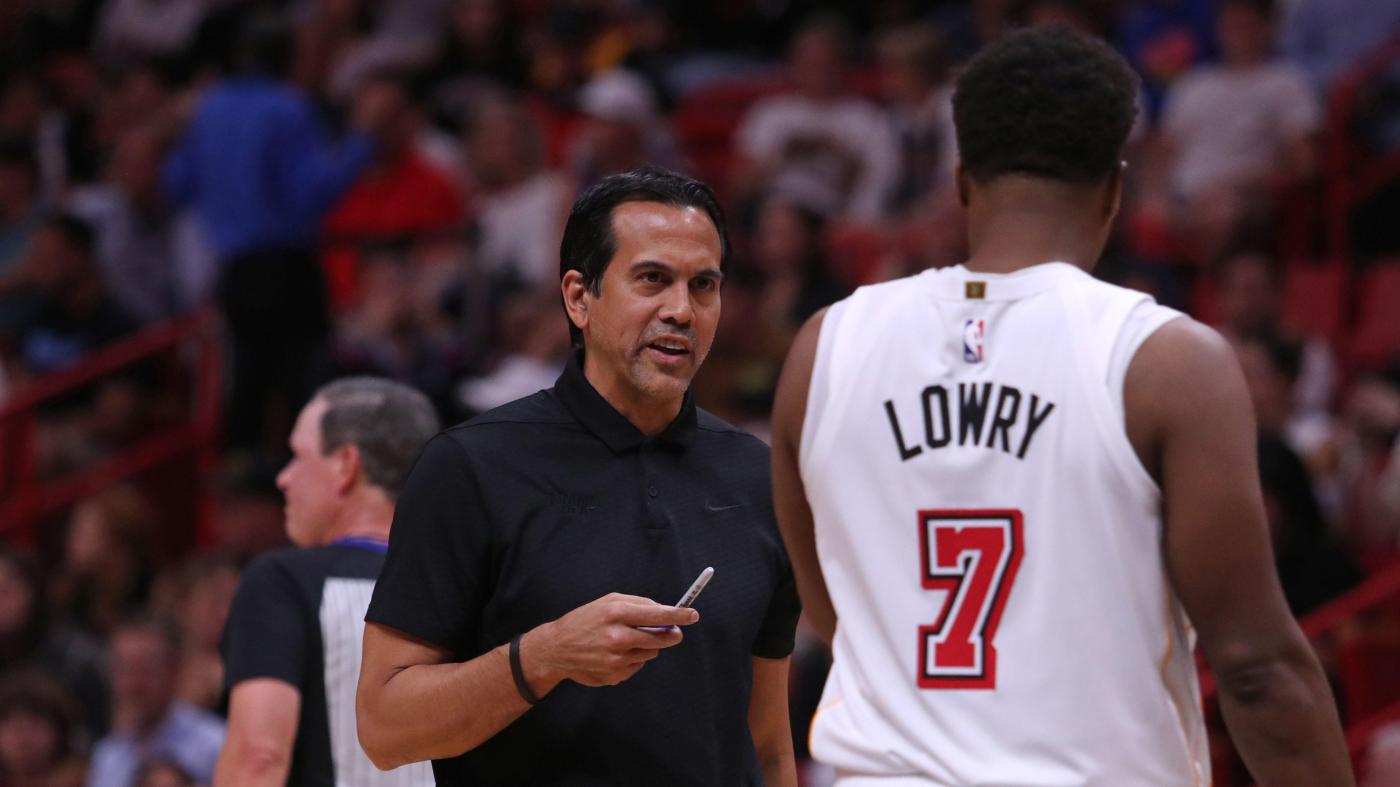 Typically, an NBA team has a sense of identity and direction by the time it hits its 20th game. For the Miami Heat, that 20th game comes Friday night.

But this has been such an atypical season that coach Erik Spoelstra not only is reserving judgment, he practically is tabling any such deliberation in favor of simply trying to make it through this extended rough patch of injuries and absences.

“I don’t think we’re going to get that indication for a while,” he said, with his team to host the Washington Wizards on Friday night in a rematch of Wednesday night’s 113-105 home victory, a win that lifted the Heat to 8-11.

So far this season, the Heat have opened with their projected starting lineup of Bam Adebayo, Caleb Martin, Jimmy Butler, Tyler Herro and Kyle Lowry seven times and not once since Nov. 1.

The blueprint for that lineup effectively has been put in mothballs for a month.

“I felt like I spent all of July and August and September with that,” Spoelstra said, “a full coaching retreat, all that. And we’re not even in that.

Instead, there already have been eight lineups, including five in the past six games, with eight players starting at least one game.

“Right now,” Spoelstra said, “it’s just about who’s available, what do we have to do to function and play close to our identity, which we’re seeing more.”

While the Heat’s primary starting lineup stands with a 3-4 record, Lowry said he believes it can now hit the ground running, with the team’s ancillary pieces having grown in the interim.

“I think we understand what we are as a group when we get everyone together,” he said. “I think guys missing time and guys being able to fill in and step up, it gives everyone a sense of confidence to know what they can get to, and then you mesh it back together.

“I think with this time, and everyone’s getting healthy at the right time, we’re hitting our bad juju right now. But when it gets right, I think we’ll all come together and be very cohesive.”

Unless Wednesday proves to be the start of a four-game winning streak, the Heat will exit November with a losing record. But Spoelstra said there is a sense of better days ahead.

Butler again is listed out Friday against the Wizards, the fourth consecutive game he will miss due to a sore right knee.

The Heat issued the following injury report on Friday:

The only six Heat players not on the injury report are Martin, Lowry, Nikola Jovic, Jamal Cain, Orlando Robinson and Udonis Haslem.

Although Vincent made it back Wednesday after missing the previous three games with a swollen left knee, Spoelstra said issues remain with the backup point guard.

“Gabe didn’t have great mobility. I had to take him out,” Spoelstra said, with Vincent limited to 18:56 Wednesday, even with Lowry in foul trouble. “I played a bunch of guys, makeshift ball-handlers getting us into offense.”

Also back Wednesday was guard Herro, who missed the previous eight games with a sprained right ankle. Herro closed with 17 points, 5 of 10 on 3-pointers.

Herro said the 3-pointers were a priority, with Strus and Duncan Robinson out.

“I had a goal of getting up 10 threes, so I got my 10,” he said. “That was the goal, without Max and Duncan, someone’s got to be able to shoot the threes. So I just wanted to stretch the floor a little bit, get some threes and try to catch a rhythm.”

Herro was 4 of 7 on 3-pointers in the decisive fourth quarter, matching his career high for fourth-quarter 3-pointers.