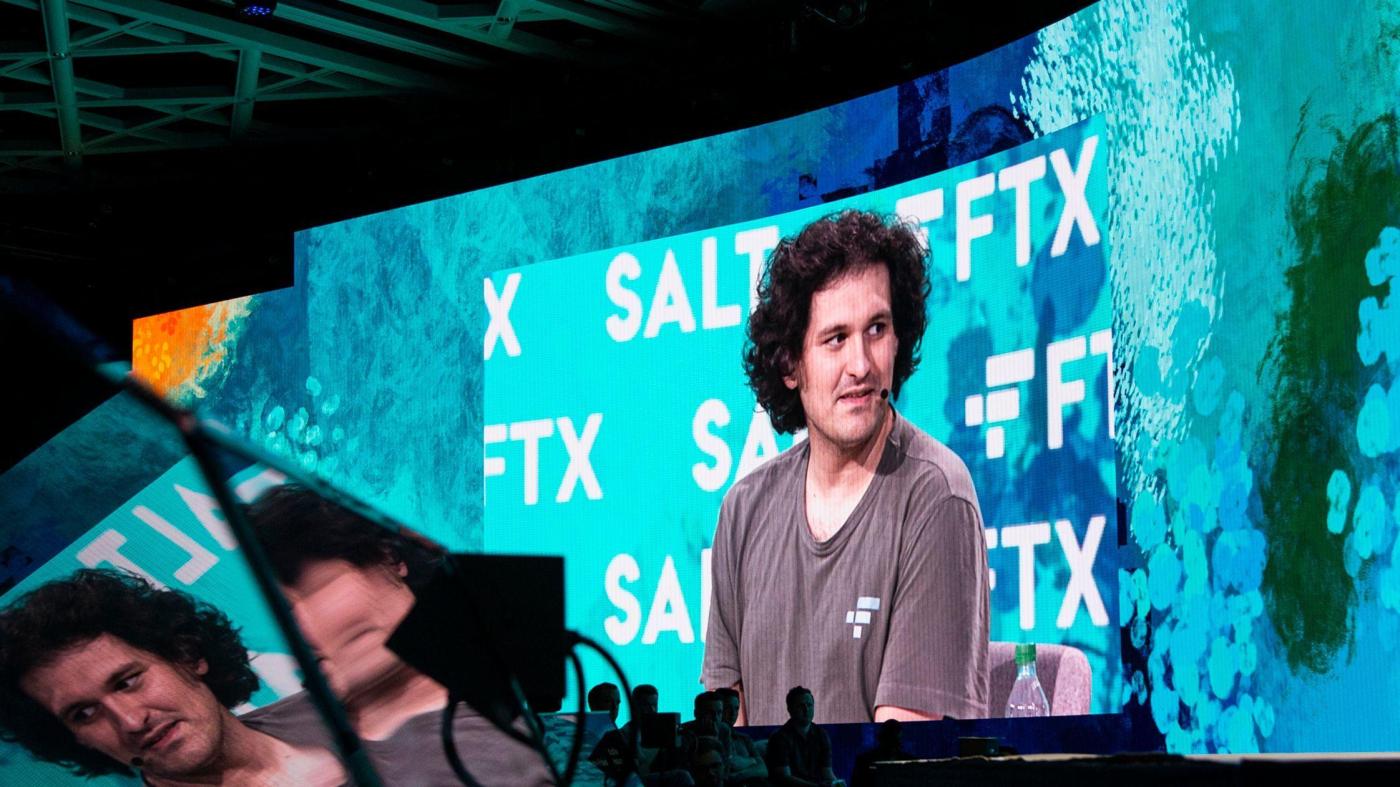 In the wake of the collapse of cryptocurrency exchange FTX, the naming-rights holder for the Miami Heat’s downtown Arena, the team and Miami-Dade County announced Friday they immediately will “take action to terminate” that business relationship and seek a new naming-rights partner for the team’s home alongside Biscayne Boulevard.

In the interim, the Heat are in the process of removing FTX branding from the facility, a process that began Friday, yet to designate an interim name for the facility that previously had been AmericanAirlines Arena before the naming-rights switch to FTX last year.

Due to time constraints, the building will be called FTX Arena at least for Saturday night’s game against the Charlotte Hornets. The Heat then next play at home on Monday night against the Phoenix Suns, before leaving for a seven-day trip.

Just Wednesday, the Heat had released a statement that read, “It is far too premature for us to comment.”

Friday evening, a joint statement from the team and county then was released that read:

“The reports about FTX and its affiliates are extremely disappointing. Miami-Dade County and the Miami HEAT are immediately taking action to terminate our business relationships with FTX, and we will be working together to find a new naming rights partner for the arena.

“We are proud of the impact our Peace & Prosperity Plan — sponsored by County Commissioner Keon Hardemon and funded through the original deal — is already having in preventing violence and creating opportunity for young people across Miami-Dade, and we look forward to identifying a new partner to continue funding these important programs in the years ahead.”

Miami-Dade County in March 2021 agreed to a 19-year, $135 million contract with FTX for naming rights to the facility alongside Biscayne Bay, with the official renaming coming three months later.

Last month, the FTX logo was formally placed on the arena’s roof, replacing the airplane logo of American Airlines, on what had been AmericanAirlines Arena until the air carrier moved on from the sponsorship.

According to the Associated Press, “The embattled cryptocurrency exchange, short billions of dollars, sought bankruptcy protection after the exchange experienced the crypto equivalent of a bank run. FTX, the hedge fund Alameda Research, and dozens of other affiliated companies filed a bankruptcy petition in Delaware on Friday morning. FTX US, which originally was not expected to be included in any financial rescue, was also part of the company’s bankruptcy filing.”

CEO and founder Sam Bankman-Fried, who had been prominently featured when the Heat’s arena deal with FTX was announced in March 2021, has resigned in the wake of FTX’s failure and seen his previous $23 billion net worth all but evaporate.

In its bankruptcy filing, FTX listed assets between $10 billion to $50 billion, with a similar estimate for liabilities.

The failure of FTX comes amid calls for stricter oversight of the cryptocurrency industry.

Mercedes, which had a Formula 1 sponsorship agreement with the company, is removing the company’s logo from its race cars.

FTX made a significant splash with its entry into the sports realm. Beyond the Heat’s arena, the company has a sponsorship-patch agreement with Major League Baseball for umpire uniforms, the naming rights for Cal-Berkeley’s football field, and marketing agreements with Tom Brady, Stephen Curry and Shohei Ohtani, among others.

Heat captain Udonis Haslem is featured in a commercial for FTX that plays inside the arena and on the team’s broadcasts. Haslem told the Sun Sentinel he was not an investor.