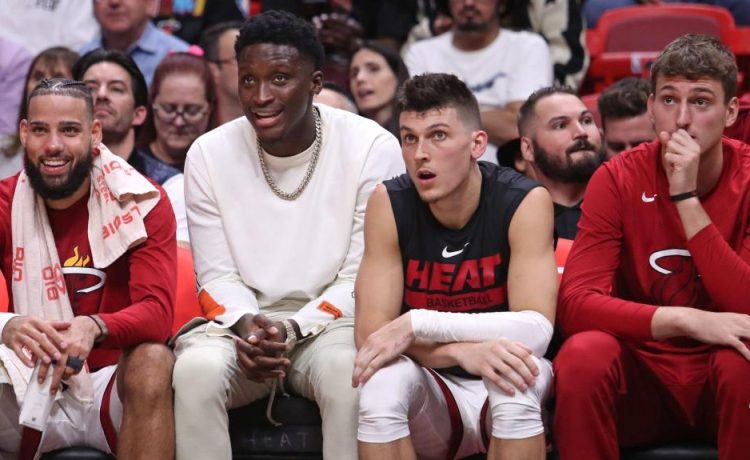 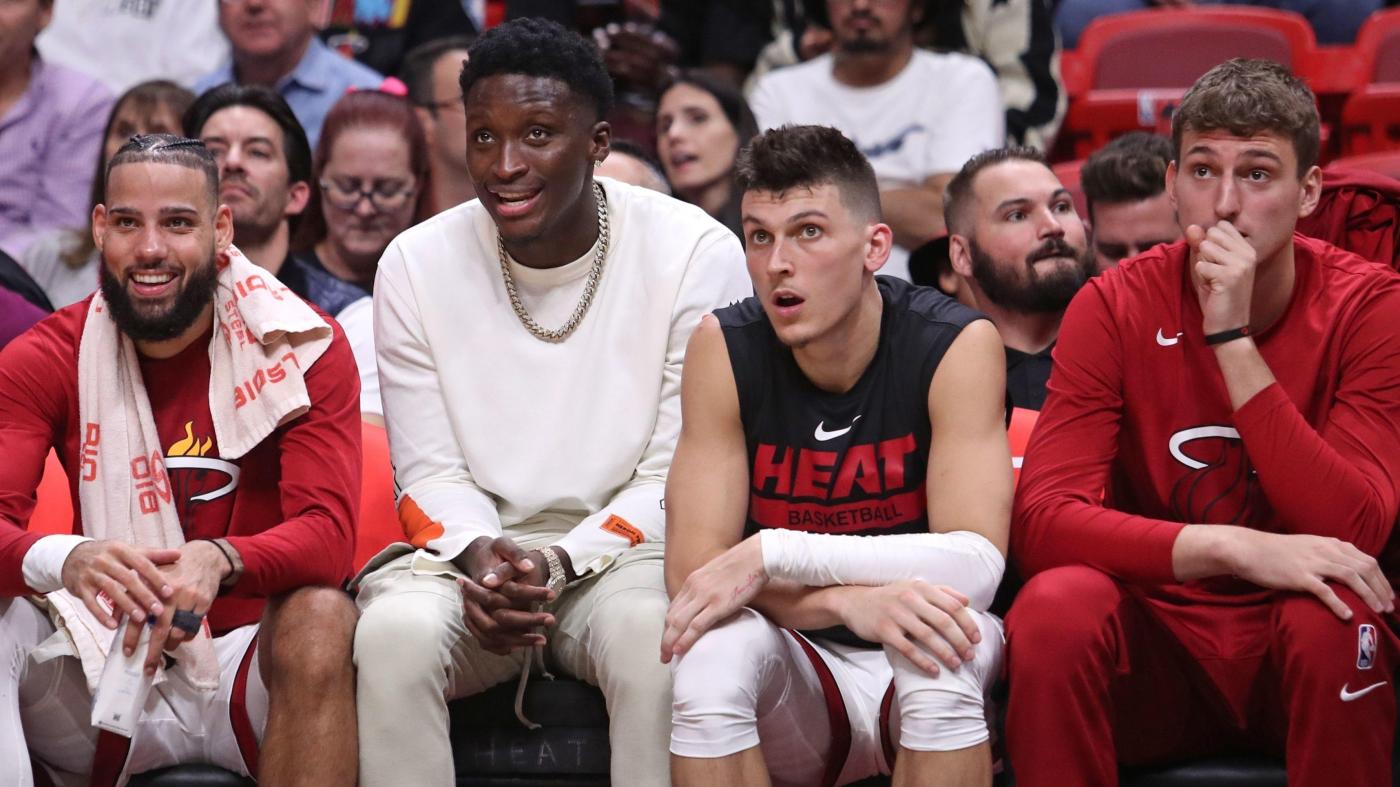 Before the letters, first some needed perspective, which are grades on a curve, achievement compared to expectation.

In many cases, there is little need to delineate when it comes to grading the Miami Heat roster at midseason.

But, again, the exercise here is not necessarily how good a player was over the first 41 games going into Tuesday night against the visiting Oklahoma City Thunder, but rather the level of overachieving or underachieving.

Bam Adebayo, A+. There never was doubt about the defensive disposition, the ability to master all elements on that end. But the level of offensive contribution, the mastery of a point of attack in the paint, has created a complete player, a two-way player, one in many ways only limited by the scope of the system. The Heat have outscored opponents by 95 points when he has been on the floor.

Tyler Herro, A. Scorers, the NBA has plenty of. Closers, by contrast, are a rare breed. It is into that bold breech where Herro has stepped forward in his fourth season. It was one thing to do it as Sixth Man of the Year against reserves. But this is scoring at an elite level against elite defenders. If the defense comes around, add a plus to the grade.

Victor Oladipo, B+. Yes, he can, when many thought it was beyond when he could. No, this is not the same All-Star as with the Indiana Pacers. But the play this season has been of Comeback Player of the Year level, if the NBA had such an award. The contributions on both ends have exceeded the estimations seemingly of all but Oladipo himself.

Jimmy Butler, B. This is not saying that Butler still isn’t the Heat’s best player. He arguably still stands at that level, at a career-best shooting percentage. But availability is an ability, and Butler played in only 27 of the first 41 games. That matters, because this team needs Jimmy Butler more than ever. Show up for work on a regular basis, and he and the Heat will be on the rise over the final 41 games.

Caleb Martin, B. Again, in no way inferring as good as Butler or as talented. But consider all the doubts once P.J. Tucker departed for the Philadelphia 76ers in free agency and the plan at that stage to ride with Martin as the starting power forward. All Martin has done is all that has been asked.

Max Strus, B-. The shot has been inconsistent, but then weigh that against the ever-changing assignments. Coming out of camp, Strus was going to be sixth man. Instead, he started 21 of the first 41, everywhere from power forward to small forward to shooting guard. No player has had a less defined role.

Haywood Highsmith, B-. Based on the summer league breakthroughs, more might have been expected. But in the context of regular-season competition, the fact that Highsmith has contributed at all makes his minimum-scale contract a value contract, and therefore Highsmith a value contributor.

Orlando Robinson, B-. Like Highsmith, Robinson has provided value that exceeds his contract, in his case, a two-way deal. That’s all you can ask for, if not more, from an undrafted rookie in his position.

Jamal Cain, C+. The Heat’s other two-way player has done what has been asked when asked. That makes it value added on such a deal. To a degree, any NBA-level contribution on such a contract by an undrafted rookie makes such a player an overachiever.

Kyle Lowry, C. Measured against expectation, how can this feel anything short of disappointment? Measured against the salary, even more so. The impact has been limited to the point that Lowry as a closer no longer is a given. The Heat have been outscored this season by 11 when he has been on the court.

Gabe Vincent, C. The same grade as Lowry makes sense from the perspective that Vincent has gone from seemingly known quantity to a player at midseason somewhat still finding his way, with a knee issue having factored in. Vincent has been asked to do a lot, but to get the opportunity to do a lot, the shot has to be better than .298 on 3s and .387 from the field.

Nikola Jovic, C. There is something intriguing about the skill set, but also perspective needed regarding the age. At 19, Jovic sort of is what one would expect from a No. 27 pick — a player with boom or bust potential.

Duncan Robinson, C-. Yes, there is more diversity in the game than previous seasons, including play toward the rim. But Robinson was signed to do one thing at a world-class level. That has not happened often enough this season, although persevering through a finger injury also has to be factored into his equation.

Dewayne Dedmon, D. Yes, an ongoing foot issue has been severely limiting, and credit is due just for making it to the court. But the Heat have been outscored a team-worst 90 points when Dedmon has been on the floor, and that is in a quarter as many minutes as Adebayo.

Udonis Haslem, incomplete. Considering his passion for the game, this almost comes off as a slap. It shouldn’t. But everyone else listed above has appeared in at least 10 games. The 42-year-old Heat captain has appeared in just five, for a total of 37 minutes.

Omer Yurtseven, incomplete. Yet to play, after a preseason ankle issue led to November surgery.