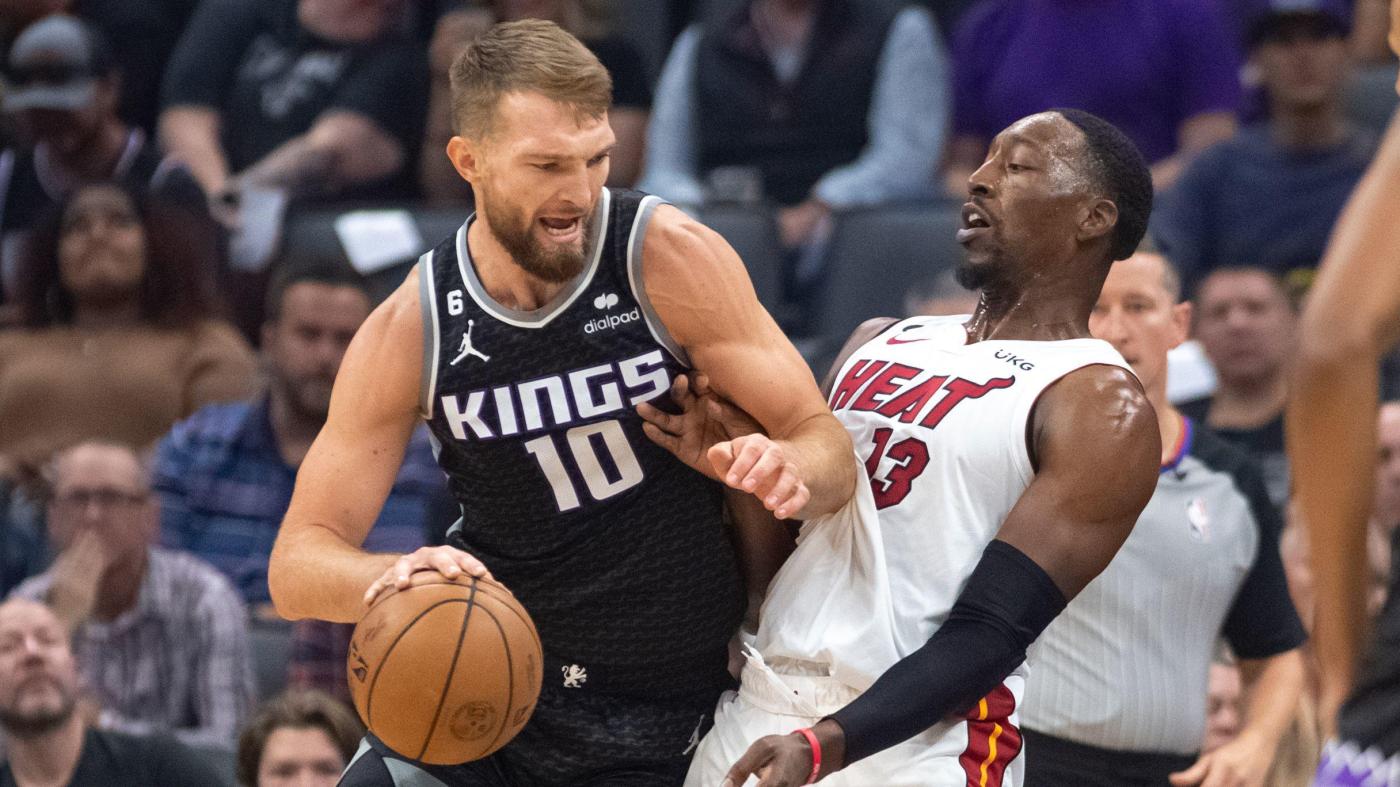 It was as if the Sacramento Kings purchased an E-ZPass for the first half of Saturday’s game against the Miami Heat at Golden1 Center.

It wasn’t just the previously-winless Kings scoring 71 points over those 24 minutes, it was 36 of them coming in the paint.

Ultimately, that exacted too much of a toll on the Heat, who fell to 2-5 with a 119-113 loss at Golden1 Center at the end of their three-game western swing.

While there was far more resistance in the second half, including trimming a 22-point halftime deficit to one in the fourth quarter, it ultimately wasn’t enough,

While there now is a two-day break to readjust to Eastern time, there also are a pair of exact challenges up next following these consecutive losses to the Golden State Warriors and Kings, with the Heat hosting the Warriors on Tuesday night and then facing the Kings on Wednesday night at FTX Arena.

1. Closing time: The Heat trailed 71-49 at halftime, but then moved within seven late in the third period on a Lowry 3-pointer, before going into the fourth down 90-82.

The Heat then survived a Kings four-point possession when Max Strus was called for a flagrant foul on Harrison Barnes, to eventually move within 101-100 on a Butler 3-point play with 6:15 to play.

A Murray 3-pointer followed to push the Kings to a four-point lead. But on the ensuing sequence, Kings center Damontas Sabonis fouled out with 5:52 to play, closing with 18 points.

Still, the Kings pushed their lead back to eight with 4:12 to play and held on from there.

The Heat’s best chance from there was what proved to be a wayward Strus 3-point attempt with 26 seconds left.

2. Herro from deep: In a game when the Heat were unable to meet their preferred quota of 3-point attempts, it stood early as Herro off the dribble or bust.

Herro shot 3 of 3 on 3-pointers in the first half, with the rest of the team 3 of 8 from beyond the arc at that stage, not nearly the volume to fuel a team that plays small ball by choice.

One difference between Herro and the Heat’s other 3-point shooter is that he can create his own 3-point space, unlike the relocating and running off of screens by Strus and Duncan Robinson.

Herro’s offense is what allowed the Heat to remain within striking distance until his teammates came around, with the guard converting an emphatic windmill dunk in the fourth quarter.

3. Locating Lowry: It has been an up-and-down start of the season for Lowry, with this starting off as another down game, with two points, one assist and no baskets in the first half.

Lowry did not score until converting two free throws with 16.7 seconds remaining in the first half and did not convert his first basket until stealing a Kings inbounds pass for a layup with 8:31 left in the third quarter.

But Lowry then came around in the second half when needed, up to 13 points going into the fourth quarter.

4. Twist of fate: The Kings challenged what would have been the second foul on Sabonis with 6:24 left in the opening period. Not only did they win that challenge, but it instead became an offensive foul on Adebayo, forcing him to the bench after a 3-for-3 start from the field.

Adebayo at that point was replaced by . . . Haslem, his first minutes this season beyond a garbage-time stint at the end of Wednesday night’s victory in Portland.

5. Bench woes: The ongoing issue with the Heat second unit is that Herro no longer is on it and Victor Oladipo has yet to suit up this season due to ongoing pain.

That left the Heat with a nominal bench contribution, with Robinson benched for the second half and Nikola Jovic seeing only one minute of action. While Strus closed with 11 points, it came on 4-of-15 shooting. The rest of the Heat reserves combined for eight points.