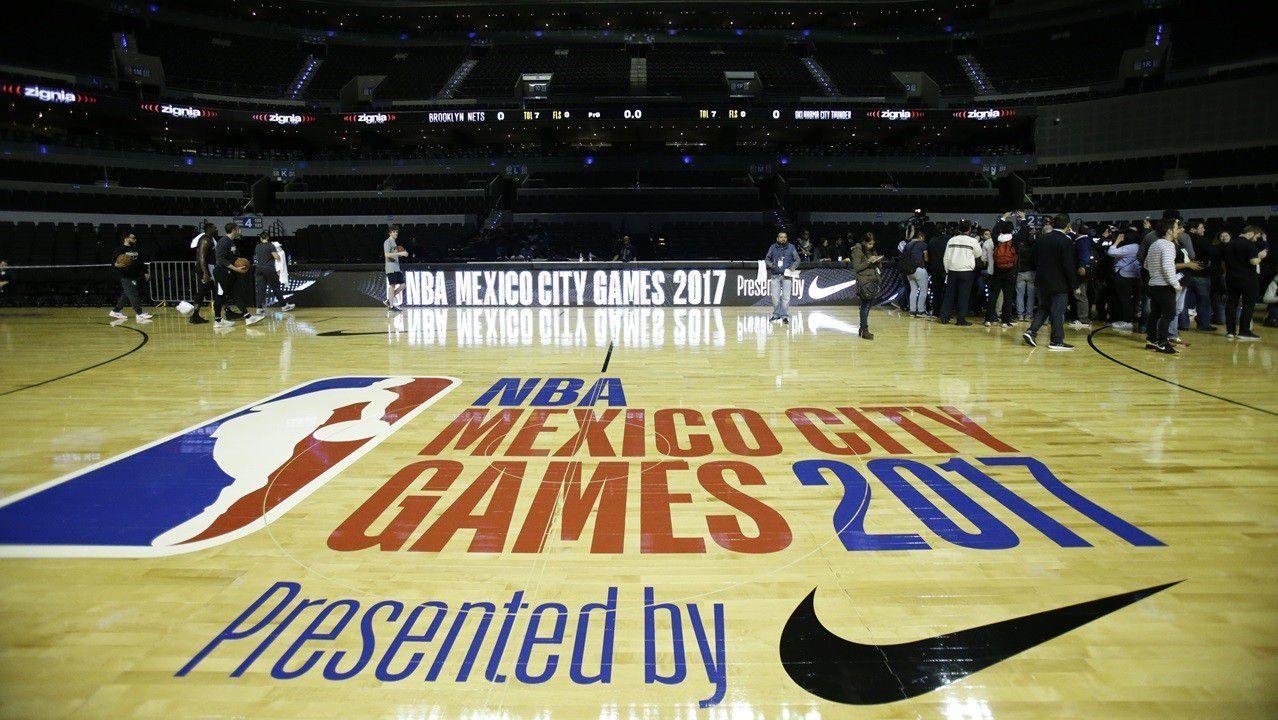 There will be a south-of-the-border element for the Miami Heat, the NBA confirmed Wednesday.

The Heat, are scheduled for a Dec. 17 game in Mexico City, one that will count against the San Antonio Spurs’ home schedule and be televised nationally on NBA TV.

It will be the Heat’s first regular-season game outside of the United States or Canada since defeating the Brooklyn Nets 101-89 on Dec. 9, 2017 in front of a listed 19,777 in Mexico City.

The game at Mexico City Arena is part of the Spurs’ expansion beyond their AT&T Center home, with the Spurs also to play two games this season in Austin, Texas, as well as one at the downtown Alamodome.

For the Heat, the game will come in place of their annually scheduled regular-season trip to San Antonio. Last season’s Heat visit to San Antonio had to be rescheduled due to the pandemic, when the Heat could not field the required eight players in uniform. The Heat swept last season’s two-game series from the Spurs.

During the Heat’s 2017 trip to Mexico City, then Heat guard Dion Waiters said, “I just found out it was actually bigger than New York. That’s crazy.

Of that 2017 game, Heat coach Erik Spoelstra said at the time, “I was pleasantly surprised walking around and seeing NBA games on the TV everywhere we went, and the fans recognized us. It felt like we were in Miami.”

That 2017 game in Mexico City came three months after a 7.1 magnitude earthquake hit the city, requiring an NBA site inspection ahead of the meetings with the Nets.

It again will put the Heat at extreme elevation, Mexico City is 7,350 feet above sea level. The NBA’s highest elevation is Denver, at 5,280.

“It feels like we played two games,” then-Heat guard Goran Dragic said after that 2017 exhibition.

In 2013, a game between the Spurs and Minnesota Timberwolves in Mexico City had to be postponed due to smoke filling the arena from a generator malfunction.

Last month, in the Arboledas Park area of Mexico City, NBA Mexico designed local courts with a mural that included a section with a painting of Heat mascot Burnie.

The NBA is returning to international games this season and this preseason after a break due to the pandemic. The last regular-season NBA game in Mexico came in 2019, between the Spurs and Phoenix Suns.

The NBA already has announced preseason games on Oct. 6 and Oct. 8 between the Atlanta Hawks and Milwaukee Bucks in Abu Dhabi in the United Arab Emirates.

The league also will stage a regular-season game between the Chicago Bulls and Detroit Pistons in Paris on Jan. 19.

Among other international venues for Heat games (all exhibitions) have been Nassau, Bahamas; San Juan, Puerto Rico; Tel Aviv; Santo Domingo, Dominican Republic; Paris, London; Beijing; Shanghai and Rio De Janeiro. The Heat do not have an international exhibition this year.

“The National Basketball Association (NBA) and Zignia today announced that the five-time NBA champion San Antonio Spurs and the three-time NBA champion Miami Heat will play a regular-season game at the Arena CDMX in Mexico City on Saturday, Dec. 17, marking the first NBA Mexico City Game since 2019 and the league’s 31st game in Mexico overall, more than any country outside the U.S. and Canada. The NBA and Zignia will continue to collaborate on future NBA initiatives in Mexico over the next several years.”

Tickets for The NBA Mexico City Game 2022 will go on sale at a later date. Beginning today and through Saturday, Sept. 3, fans interested in attending the game can register their interest in tickets and receive access to an exclusive ticket pre-sale by visiting www.nbaenmexico.com.