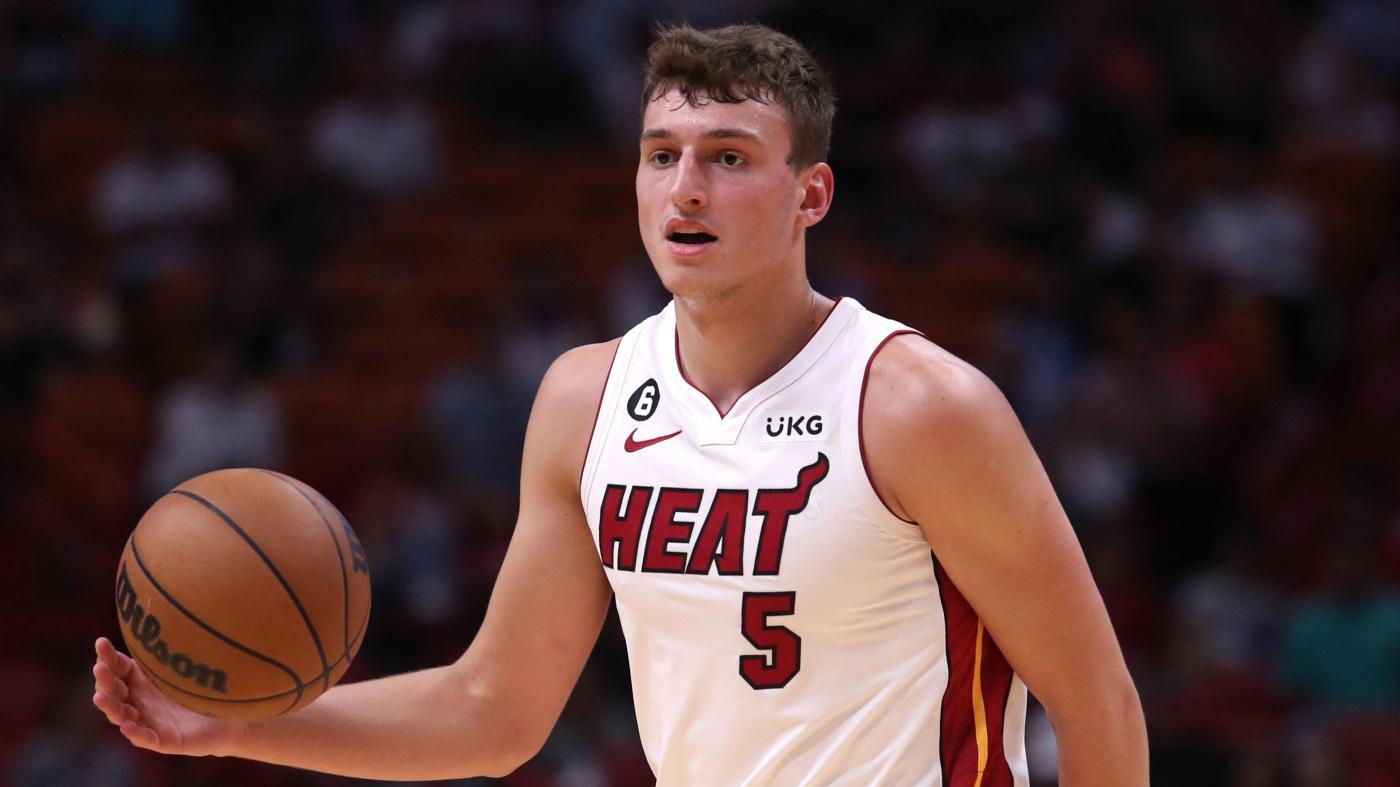 The rookie season of Miami Heat first-round pick Nikola Jovic will be put on hold for at least a month.

The Heat announced Tuesday that Jovic has a lower-back stress reaction and will be sidelined for four weeks and then be reevaluated.

Jovic’s back acted up during his weekend stint with the Heat’s G League affiliate, the Sioux Falls Skyforce, returning from there back to South Florida this week.

Jovic had been on the Heat injury report earlier this season with back spasms and said he had dealt with back issues before being taken at No. 27 in June’s NBA draft out of Serbia.

The 19-year-old big man has been projected as a developmental project this season, with the Heat taking more of a long view with his progress.

Jovic has appeared in 15 games for the Heat this season, including eight starts, averaging 5.5 points and 2.1 rebounds in 13.6 minutes per game.

As for the Heat’s injury report for Wednesday night against the Los Angeles Lakers at Crypto.Com Arena, Dewayne Dedmon (foot) has upgraded to questionable, with Omer Yurtseven (ankle) still out. Udonis Haslem (Achilles) and Duncan Robinson (hamstring) also are questionable. Caleb Martin (quad) and Gabe Vincent (knee) are probable.