Todays Though > News > Heat step up big, but do they have a reliable back-up big? – Boston Herald
News

Heat step up big, but do they have a reliable back-up big? – Boston Herald 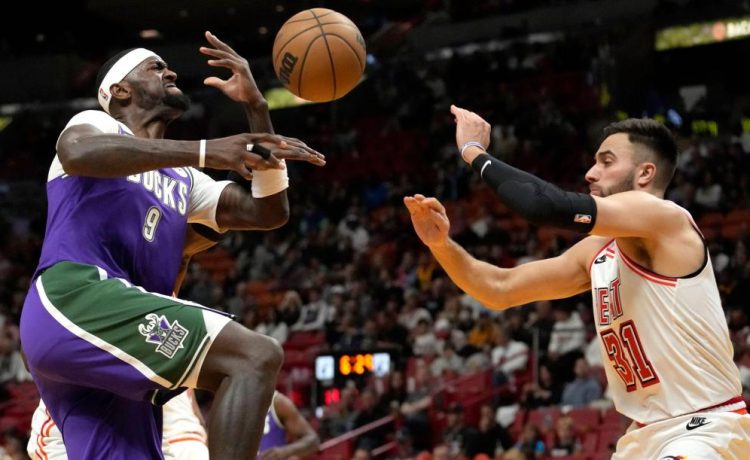 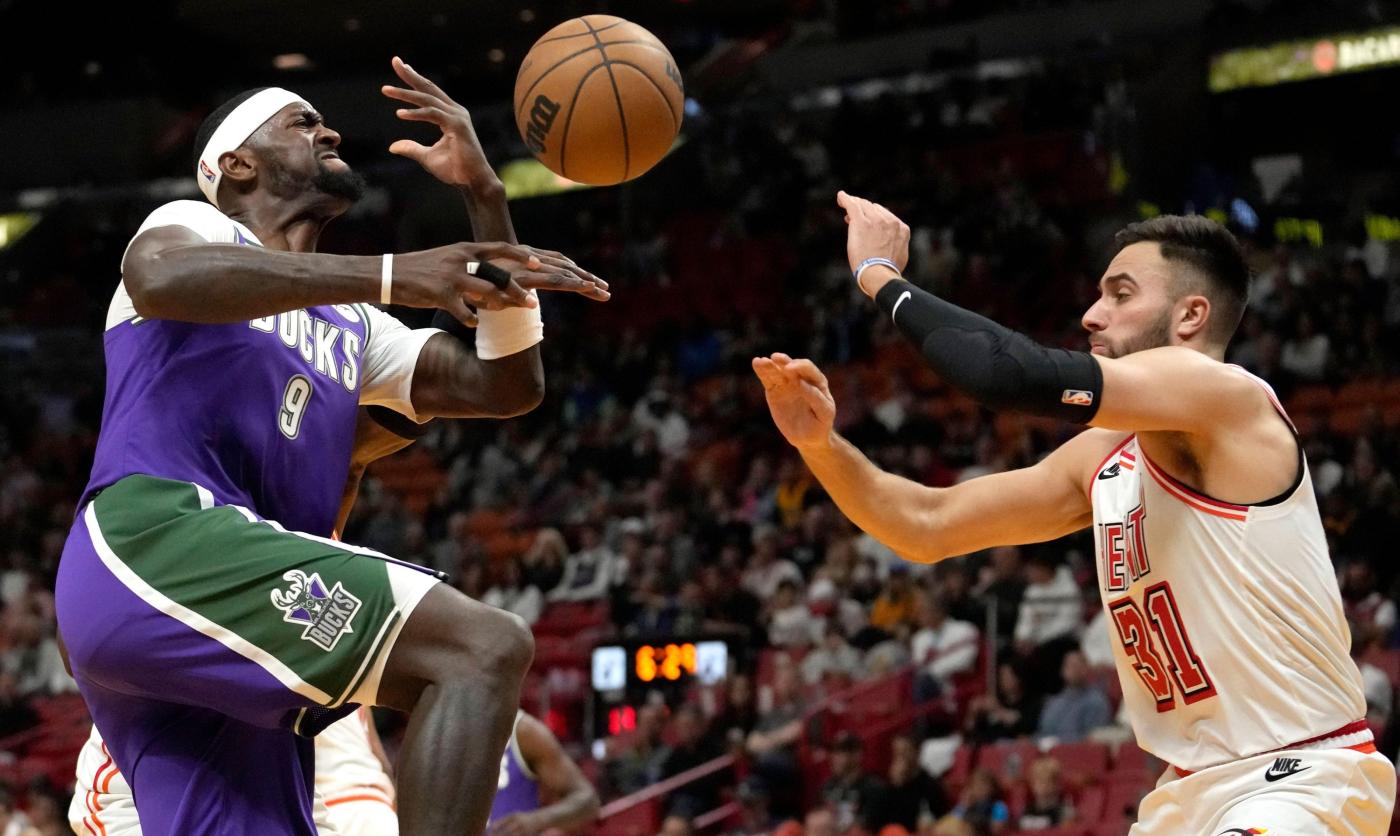 Observations and other notes of interest from Saturday’s 111-95 victory over the Milwaukee Bucks:

– Perhaps a statement by Erik Spoelstra.

– Or more likely the reality of going with the best man at the moment.

– But Orlando Robinson over Dewayne Dedmon as backup center for the Miami Heat raises a question.

– About more than whether this was related to Dedmon’s Thursday suspension.

– Rather: Is Orlando Robinson good enough to be a backup center on a playoff contender?

– Because there is precious little there when it comes to the offensive end.

– Yes, less than what Dedmon provides (or could provide).

– Granted, backup center may not be a priority.

– And it certainly is possible that an Omer Yurtseven return makes the debate moot.

– A small-ball team needs something of substance beyond Bam Adebayo in the middle.

– Particularly if there is foul trouble for Adebayo, as there was Saturday.

– There was a point where the Heat thought they had that in Dedmon.

– They no longer appear to be at that point.

– The Heat were without at least three starters for a third consecutive game, with Tyler Herro (Achilles), Kyle Lowry (knee) and Caleb Martin (quadriceps) again out.

– Martin was a late scratch Saturday, indicating he is closer to a return.

– There continues to be minimal clarity when it has come to the knee discomfort that now has had Lowry out the past three games.

– “We’re still treating him day-to-day,” coach Erik Spoelstra said, “and he’ll continue to be on that protocol until he is ready.”

– That had Gabe Vincent again starting at point guard.

– That left the Heat with the same starting lineup as for Thursday’s victory over the Bucks: Adebayo, Highsmith, Jimmy Butler, Max Strus and Vincent.

– With the appearance, Adebayo tied Joel Anthony for 13th on the Heat all-time list.

– Adebayo tied his career longest streak with his 55th consecutive game scoring in double figures. He also did it at the end of the 2020-21 season.

– Allen had missed Thursday’s game due to an ankle sprain Wednesday night in Atlanta.

– Dedmon again was available for the Heat, after being suspended by the team for Thursday’s game following his outburst at the bench early in Tuesday night’s victory over the Thunder.

– “We’ve talked about it internally,” Spoelstra said. “He’s back with the group. We’re glad to have him back. He feels bad about the incident and we’re moving forward as a group.”

– Spoelstra said dealing on short notice with rotations, both his team’s and the opposition’s, have become almost the norm.

– “That’s our reality all season long and I don’t even think it’s unique to us,” he said. “I think just even these last three years, as a coaching staff, I think we’ve done a lot better. It’s forced us to really be efficient with our time and our game planning and really get to the specifics of what matters the most.”

– Now, even beyond such ongoing COVID absences, it has remained the formula.

– “From that perspective, I’ve enjoyed that challenge of how it’s forced myself and the rest of our staff to grow and continue to get better,” Spoelstra said.

– Again putting Robinson ahead of Dedmon.

– Leaving only Dedmon and Udonis Haslem out of the mix from those available.

– The game was the fifth of nine afternoon games (tipoff before 6 p.m. local time) for the Heat this season.