Heat unable to contain Haliburton, Pacers as 111-108 loss drops them below .500 – Boston Herald 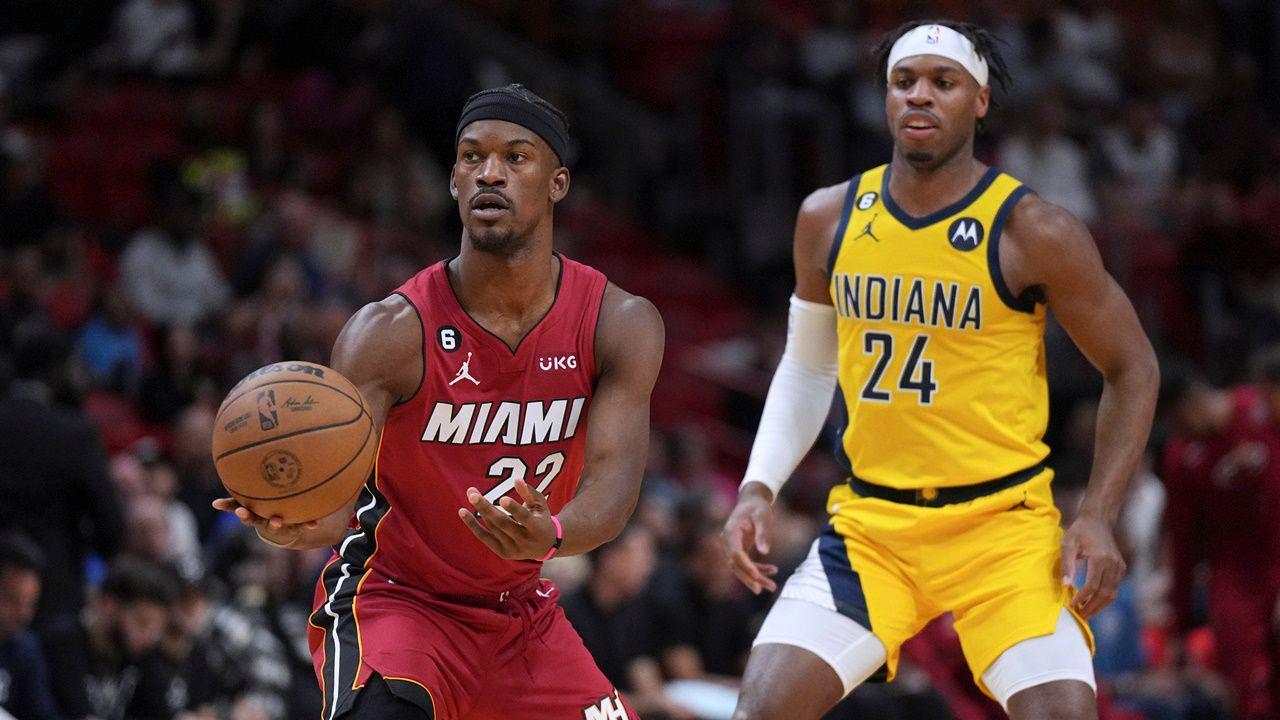 The one constant with this season’s Miami Heat has been an abject lack of consistency.

Even with the starting lineup again whole at the start, that pattern continued in Friday night’s 111-108 loss to the visiting Indiana Pacers.

The last time the teams met, the Heat limited emerging Indiana guard Tyrese Halibruton to one point on 0-for-9 shooting in a Heat Dec. 12 victory in Indiana. This time, Haliburton erupted for a career-high 43 points, including the game-winning 3-pointer with 4.3 seconds to play.

Because when it comes to the 2022-23 Heat having good things, there clearly is a statute of limitations.

So six days after moving above .500 for the first time this season, the Heat dropped to 16-17 for their two-day Christmas break, now 0-2 on their four-game homestand.

With Jimmy Butler turning an ankle in the first half and forced to sit late, the Heat lacked a counter to Haliburton, although Tyler Herro nearly came close at closing time, tying it with a 3-pointer of his own with 14.9 seconds to play, before missing a potential tying heave just before the buzzer.

1. Closing time: The Pacers led 31-28 at the end of one, paced by 14 first-quarter points from Haliburton. The Heat then moved to a 58-56 halftime lead, before Indiana responded to take an 84-82 advantage into the fourth.

A 10-2 run to open the fourth then staked Indiana to a 92-84 lead, the game’s largest advantage to that point, part of a 24-9 run going back to the third period.

Then, off an inbounds play with 16.9 seconds left, Herro seized the moment with his game-tying 3-pointer, only to see Haliburton match it.

2. The real deal: For only the 12th time, the Heat rolled out their projected preseason preferred lineup of Adebayo, Caleb Martin, Butler, Kyle Lowry and Herro.

Coach Erik Spoelstra said prudence required the team to give Lowry the past week off.

“He always wants to play,” Spoelstra said of his 36-year-old point guard. “But from my standpoint, when you see guys that you know are not moving the way that they’re capable of moving, you want to try to take care of it. I think these days have been really helpful.”

3. Rotation alternation: Even with Gabe Vincent active for the first time in nine games following time missed with a knee ailment, he was not in the rotation, nor was Duncan Robinson.

Instead, the first four off the Heat bench were Victor Oladipo, Max Strus, Orlando Robinson and Highsmith.

Orlando Robinson played as backup center, ahead of Nikola Jovic, with Dewayne Dedmon dealing with ongoing foot soreness. Oladipo played as a backup point guard instead of Vincent.

4. Return engagement: After missing Tuesday night’s loss to the Bulls with a stomach illness, Butler returned to score 12 points in the first quarter, shooting 4 of 6 from the field and 4 of 5 from the line in the period.

Butler had missed 12 of the Heat’s previous 24 games.

Butler’s early offense was needed, with the Heat opening 1 of 8 on 3-pointers.

But once he turned his ankle, Spoelstra’s options again were limited.

5. All hail Haliburton: Haliburton was up to 30 points by the end of the third period, already with a career-high eight 3-pointers. He closed 14 of 20 from the field, including 10 of 16 on 3-pointers, also with seven assists.