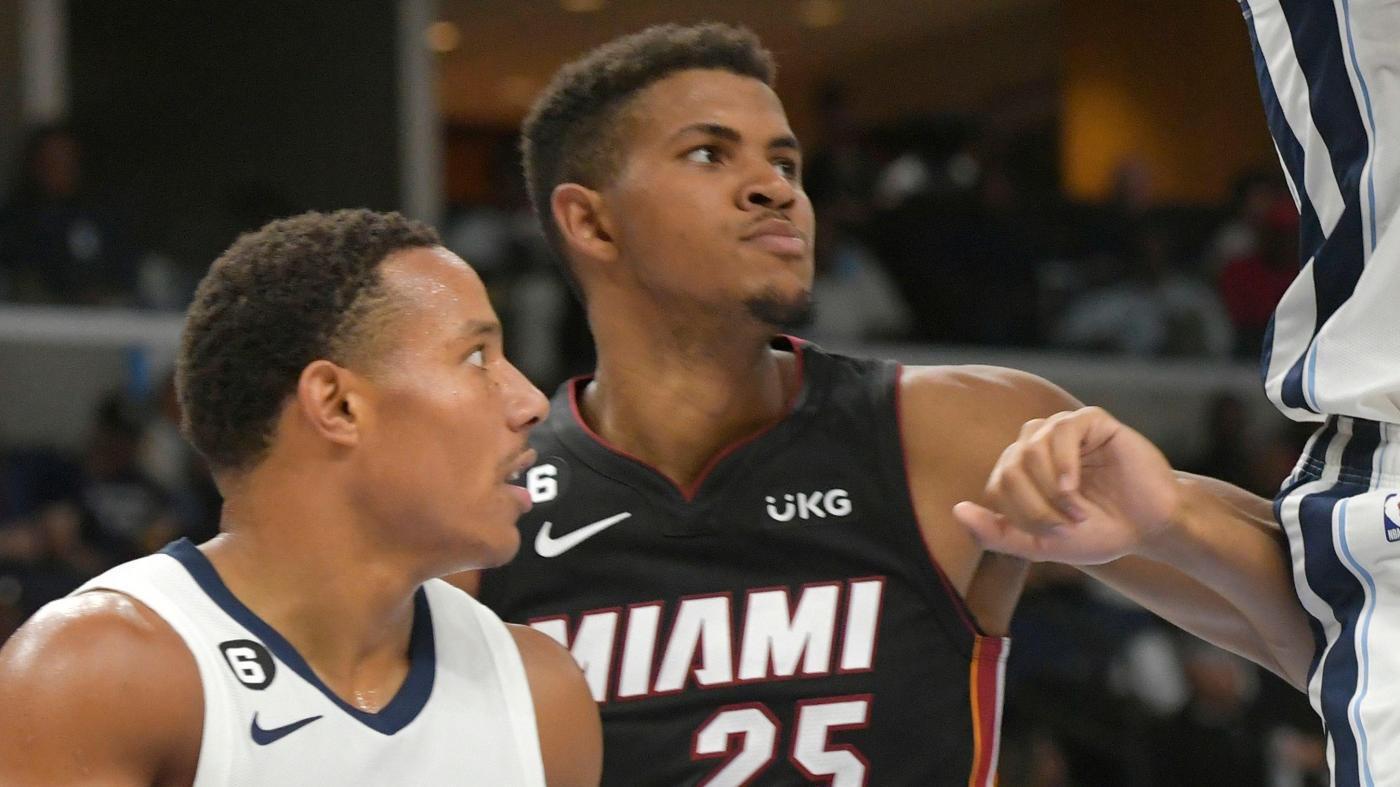 Amid the uncertainty surrounding center Omer Yurtseven, who is expected to miss extensive time due to the ankle injury that has had him sidelined since the preseason, the Miami Heat are bringing in additional size.

Rookie center Orlando Robinson, who played for the Heat during the preseason and has thrived with the team’s G League affiliate, the Sioux Falls Skyforce, is being added to the Heat’s mix on a two-way contract.

With teams limited to two such players, the Heat have waived guard Dru Smith, who currently is with the Skyforce, from his two-way contract. Forward Jamal Cain holds the Heat’s other two-way contract. Cain was recalled Friday from Sioux Falls and played in Saturday night’s victory over the visiting Charlotte Hornets.

Players on two-way deals are limited to 50 games on NBA active rosters, with the amount of such games prorated based on when a player is signed. Robinson will be eligible for 43 games on the Heat active roster out of the 69 that remain.

Unlike adding a veteran into vacancy on the Heat’s standard roster, which is one shy of the league maximum of 15, players on two-way contracts do not count against the NBA salary cap or luxury tax.

Had the Heat instead added a veteran big man, with DeMarcus Cousins, Tristan Thompson and Hassan Whiteside among those available, it would have put the team into the onerous luxury tax.

In addition to Yurtseven facing possible surgery for a fracture of a bone spur, the Heat also have uncertainty with veteran big man Dewayne Dedmon, who has missed two games due to plantar fasciitis in his left foot and had been listed as questionable for Saturday’s victory with the ailment before pushing through.

With the Heat downsizing their power rotation in the wake of the offseason loss of veteran P.J. Tucker in NBA free agency to the Philadelphia 76ers, the only remaining true power players on the roster beyond starting center Bam Adebayo, had been Dedmon, seldom-used captain Udonis Haslem and neophyte 19-year-old first-round pick Nikola Jovic.

The Heat have been starting wing player Caleb Martin at power forward, with undersized Haywood Highsmith having received nominal minutes in a power role.

Robinson, who went undrafted out of Fresno State in June, appeared in all four of Sioux Falls’ games this season, averaging 20 points and 9.3 rebounds, while shooting .541 from the field.

Listed by the Heat at 6 feet 11, 245 pounds, Robinson is coming off a 16-point, nine-rebound performance in the Skyforce’s Saturday victory in Fort Wayne. Robinson appeared in four of the Heat’s five exhibitions in October, for a total of 48 minutes.

Robinson started 90 games at Fresno State, averaging 15.7 points, 8.0 rebounds, 2.2 assists and 1.01 blocks in 30.9 minutes, shooting .476 from the field and .322 on 3-pointers. He then thrived with the Heat during summer league, earning his invitation to training camp.

Smith, who made the roster off a solid preseason after working with the Heat’s G League affiliate, had been considered backcourt insurance for the knee issue that has had guard Victor Oladipo out since the preseason.

Smith’s lone appearance with the Heat was a six-minute stint in the team’s lopsided road victory over the Portland Trail Blazers on Oct. 26, when he had two points and one assist. The guard who went undrafted out of Missouri in 2021 then had 18 points and 11 rebounds in a G League victory for the Skyforce on Saturday night over the Fort Wayne Mad Ants.