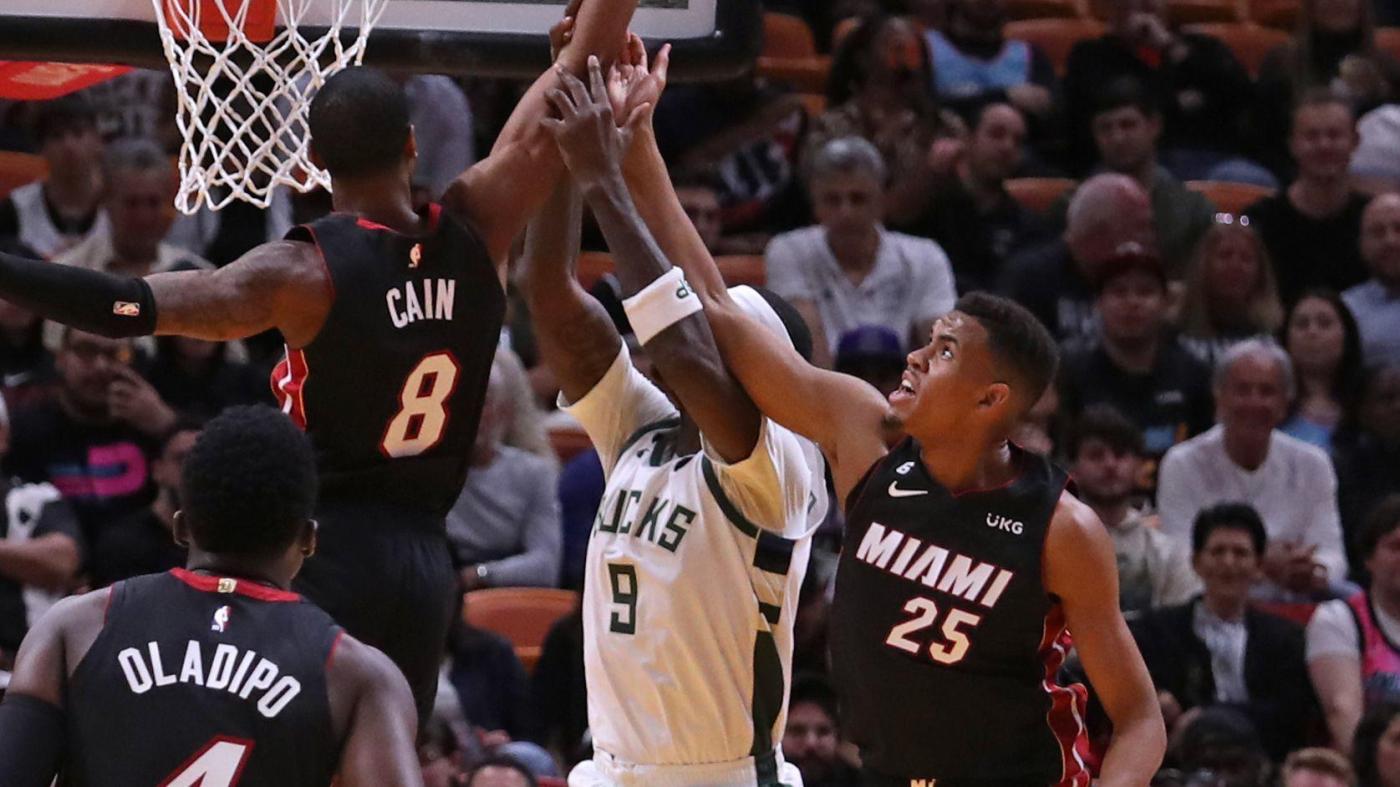 Even though the Miami Heat have only two players under two-way contract, which is the NBA limit, they are facing three ticking clocks.

With two-way contracts paying half of the NBA minimum salary and counting neither against the NBA salary cap nor the luxury tax, players are limited to 50 games on NBA active rosters, otherwise limited to playing in the G League.

Entering Sunday’s game against the New Orleans Pelicans at Miami-Dade Arena, Orlando Robinson, the undrafted rookie center out of Fresno State, had 14 NBA days left on his two-way contract. Robinson’s 50-day total was prorated since he was not signed to his Heat two-way contract until Dec. 11, two months into the season.

The Heat’s other two-way player, undrafted forward Jamal Cain, went into Sunday with 28 NBA games left on his two-way contract.

However, based on their current roster configuration, it is not as simple as saying the Heat therefore have a combined 42 games left with Robinson/Cain.

In order to dissuade teams from solely utilizing two-way contracts as a means to stay below the NBA limit of 15 players under standard contract, the NBA limits teams operating below that roster limit to a total of 90 total days per season that they can have two-way players on the NBA rosters on game nights.

The Heat this season have operated since opening night with 14 players on their standard roster as means of remaining below the punitive NBA luxury tax.

Because of that roster decision, the Heat have a total of 24 two-way days to utilize the balance of the season. That means it is possible to run out of two-way days before either Robinson or Cain reach their individual limits.

That combined math could change if the Heat go to a 15-player roster, or if other roster moves are made at or ahead of the Feb. 9 NBA trading deadline.

The Heat recently have cut back on Cain’s NBA days, including a stint with their G League affiliate, the Sioux Falls Skyforce, where Cain now ranks second in both scoring and rebounding.

Robinson, however, has turned into a rotation staple, playing as the reserve center behind Bam Adebayo, with veteran center Dewayne Dedmon having not seen action since his Feb. 12 one-game suspension for conduct detrimental to the team.

Since Robinson was signed to his two-way deal, he has not spent a game on the inactive list.

Once a player or a team runs out of two-way days, such players either must be sent to the G League for the balance of the season or be signed to a standard NBA contract.

Also, two-way players must be signed to standard contracts in order to be eligible for the playoffs.

The Heat’s current standing below the luxury tax would allow them to convert a two-way player to a standard deal in late March and remain below the tax. Such math would change if the overall salary cap is reduced through other moves in the interim, or if the Heat agree to go into the tax.

Based on the timing of their individual two-way deals, Robinson’s two-way personal limit would, if active in each game going forward, expire with the Feb. 25 road game against the Charlotte Hornets, with Cain’s two-way NBA eligibility expiring with the March 25 home game against the Brooklyn Nets.

The Heat were in a similar situation with the two-way contract of forward Caleb Martin last season, converting him to a standard contract on Feb. 15, 2022.

Two-way contracts became guaranteed for the season Friday, but teams are allowed to substitute in replacement two-way players throughout the season, provided they had remaining two-way days as a team.