Todays Though > News > Heat’s Adebayo stepping up late and lately in scoring column, ‘just in my wheelhouse’ – Boston Herald
News

Heat’s Adebayo stepping up late and lately in scoring column, ‘just in my wheelhouse’ – Boston Herald 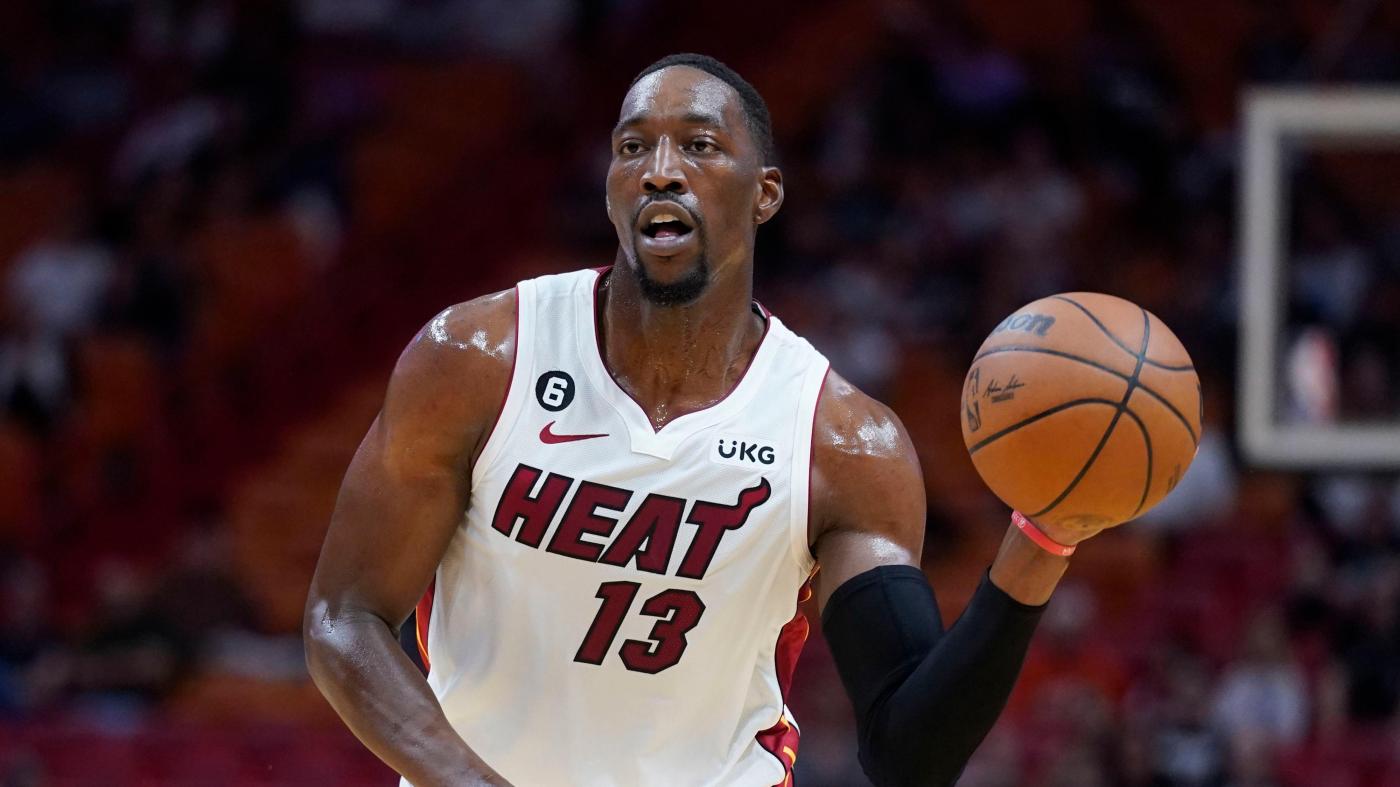 The irony was Bam Adebayo being asked about finally asserting himself at moments of truth.

And then a stat was raised to the Miami Heat center that made it clear that his effort in helping to put away the visiting Phoenix Suns on Monday night might not have been an outlier, after all.

The number: Through Monday night’s games, Adebayo ranks fourth in the NBA in fourth-quarter points. To put the value of that statistic into perspective, consider that Jayson Tatum and Stephen Curry rank one-two.

“I’m just out there being aggressive, playing my part, trying to get this team above .500,” he said with the Heat taking a 7-7 record into Tuesday night’s game against the Toronto Raptors at the start of a four-game trip. “I feel like that’s the biggest thing, just locking in, really, just doing it on both ends. It’s contributing to winning; it’s impacting winning. So I have no problem with me doing me.”

The point, Adebayo said, is that Monday’s 14 fourth-quarter points and 30 overall were an outgrowth of again attempting to offer what is needed to win.

And lately, plenty has been offered.

Over the last nine games, Adebayo is averaging 21.5 points on .554 shooting.

“He’s such a key player. He’s such a winner. He’s an absolute winner,” coach Erik Spoelstra said. “He can morph into so many different roles for us, where he makes it look so much easier. To the average fan, everybody just wants him to score 40. That’s not necessarily the whole deal.

“But it’s him understanding how to read defenses and what’s necessary for this team, and when to be assertive, when to create for others, when to set screens for guys.”

By adding 10 rebounds Monday, Adebayo in his sixth season, now has 124 double-doubles, just two shy of Dwyane Wade’s 126, with double-doubles in five of his last six games.

“Look,” Spoelstra said, “I’ve never coached really somebody where there’s been so many different responsibilities and then so many opinions about what he needs to do. And basically it’s all about the final line in the box score [the scoring column].

“That doesn’t tell the true tale of how he’s able to impact. But that assertiveness and aggressiveness to the rim, he’s a rugged player at his finest, like Jimmy [Butler]. They’re really so similar, just at different positions. And when he’s able to make those kinds of aggressive plays in the paint, at the rim, get to the free-throw line, that sets up some other things for him.”

In many ways, Monday’s performance was particularly Butler-like, with Adebayo closing 12 of 14 from the line.

That led to a question about “Aggressive Bam,” which drew a smile.

It is an expanding wheelhouse.

“He’s really improved his pull-up jumper, even in the paint,” Spoelstra said. “That’s a go-to shot for him. But he still creates so many opportunities for other guys, as well. He’s such a willing, serving player. And that’s why everybody respects him so much in that locker room.”

Monday night, the best of Bam often was Adebayo at speed. That, in turn, also helps fuel his own offense, the Heat with 11 fastbreak points in the decisive fourth quarter to none for the Suns.

“Bam is always looking to get everybody involved,” Butler said. “And then whenever he’s attacking in the open floor, you’ve got to guard the shooters, you got to know where Caleb [Martin] is when he’s cutting, when I’m cutting. And then it just gives Bam free rein to be aggressive and get to the bucket, get to the free-throw line and to the middie if he wants to.

“When he’s playing like that, we’re very difficult to beat.”