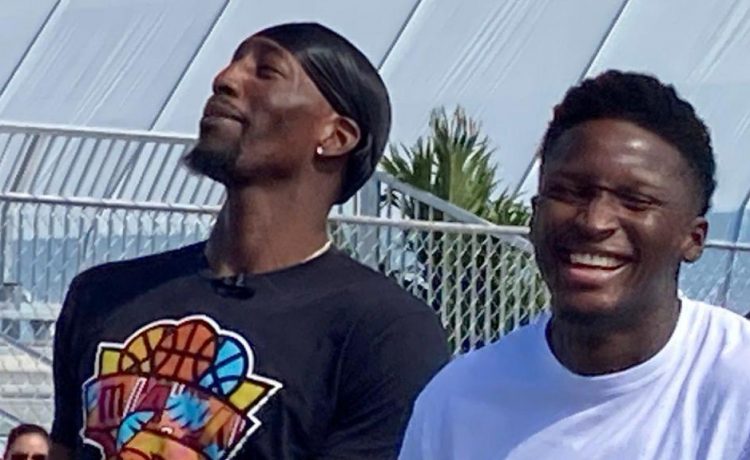 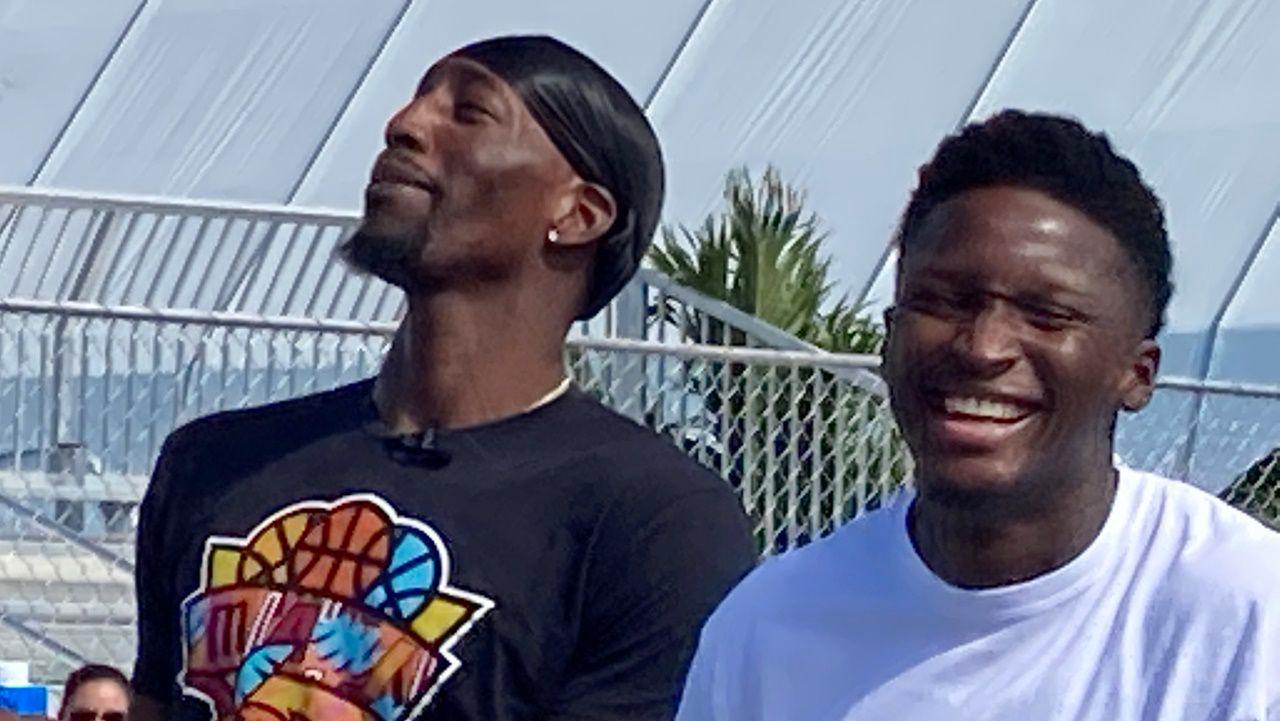 To the credit of the youth gathered at the Miami Heat’s basketball clinic Thursday at the Rolling Loud music-festival venue at Hard Rock Stadium, they tried.

No sooner did a hand go up and the question came out about the Heat possibly trading for Utah Jazz guard Donovan Michell, then Heat guard Victor Oladipo said, “We can’t answer that.”

That, of course, did not, has not, and will not stop the talk, not with the Heat continuing to be linked to potential trades for Mitchell and Brooklyn Nets forward Kevin Durant.

So not only wouldn’t Oladipo go there, teammate Bam Adebayo also wouldn’t — even though speculation has centered on the possibility that he might be going somewhere.

“So do what I’ve been doing. I get up early. I work out. Having fun with these kids. And I’m going to go home and go to sleep.”

Both Adebayo and Oladipo were asked about the perception that the Heat have fallen behind by not making outside gains this offseason, having not added a free agent, but having lost starting power forward P.J. Tucker to the Philadelphia 76ers.

“They’re always counting us out,” Adebayo said. “We The Kennel for a reason, the underdog. That’s our chip. You can believe what you want, you can say what you want.”

The Heat closed last season within one victory of the NBA Finals. From that core, the Heat this offseason re-signed Oladipo, Caleb Martin and Dewayne Dedmon, with the rest of the rotation, beyond Tucker, returning.

“The outside thoughts told Golden State they weren’t going to win last year,” Oladipo said, dismissive of those who have been dismissive of the Heat’s chances. “It don’t matter. Everybody got opinions, man. Opinions is like emotions, everybody got ‘em. Can’t do nothing about ‘em. You just got to focus on yourself and we just focus on the Heat. We’ve always been. That’s how we are.

“Last year, we were the same way. We just focus on us. Can’t really control what people think or say. We can’t control where they rank us or anything like that. I really can’t control what they say about me. I really don’t care anymore. So we just going out there. And we just playing. We’ve going to keep improving and do whatever we can to help us win a championship.”

Thursday’s clinic run by Jr. Heat included 50 children from Afterschool All Stars, with Rolling Loud founders Matt Zingler and Tariq Cherif among those in attendance.

For Oladipo, who is just over a year removed from quadriceps surgery and still is working back from years of knee issues, just being on a court has been particularly meaningful, even one temporarily constructed in the parking lot of the Miami Dolphins’ stadium.

“It just feels good to be able to hoop in the summer time again,” he said with a smile. “just to work out and play against guys in the summertime and work on my game and improve my game, improve my strength, just being comfortable out there. So looking forward to the opportunity that lies ahead.”

Included in Adebayo’s court time Thursday were shots from 3-point range, with a workout on such shot attempts while he was on vacation in London having gone viral.

“When I do this in the States,” he said, “I don’t want to hear none of these media outlets asking me a bajillion questions about it. Because I know you’re going to ask me. And that’s it.”

As for his talk of taking a more active role in the offense and becoming more of an outside-shooting threat, Adebayo said it will come down to his own efforts and consultation with coach Erik Spoelstra.

“Repetition,” he said, “and then just talk with Spo about game plan for the start of the season, and we go from there.”