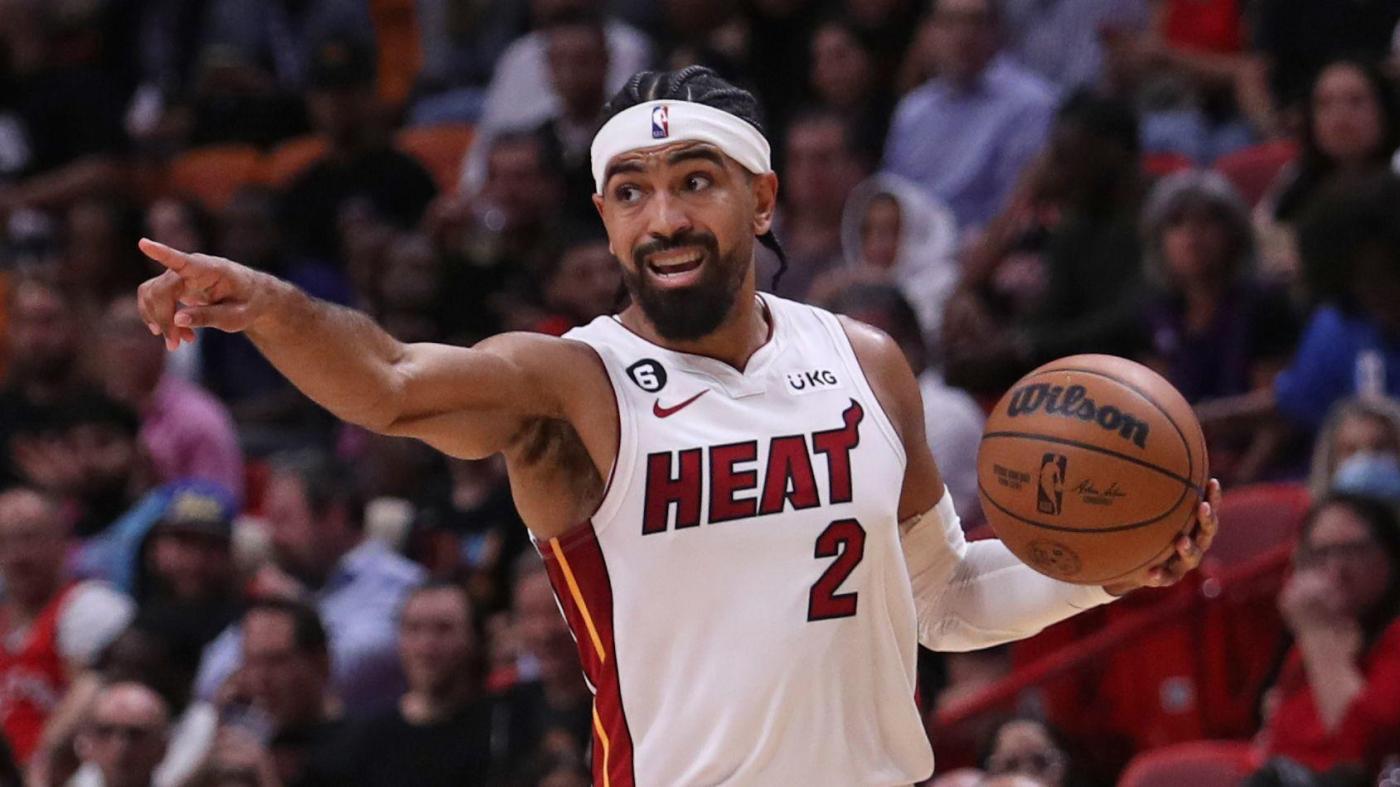 A year ago, Gabe Vincent mostly found himself in an either/or situation with Kyle Lowry. This season, not even that was assured, after Victor Oladipo re-upped for two seasons.

But with Oladipo sidelined yet again with a knee issue, and with Tyler Herro and his ballhandling skills moved into the starting unit, Vincent not only has found himself as the Miami Heat’s primary backup to Lowry at point guard, but also playing alongside Lowry at moments of truth.

As has been the case in each of Vincent’s four seasons with the Heat, it merely has been another case of rising to a challenge, just as it was from working his way from undrafted G League prospect to key playoff component last season.

“I mean, I love playing with Kyle,” Vincent told the Sun Sentinel, with the Heat opening a three-game western swing Wednesday night against the Portland Trail Blazers at Moda Center. “I mean, we saw a little of it last season, maybe not in the playoffs. But we saw pieces of it and I think we had success those times.

“I think in his career he’s always typically had another guard alongside of him playing well. And for me, obviously I benefit a lot from it, with his playmaking ability and his ability to score and play off the bounce. It allows me to truly be a combo.”

For Vincent, who had been asked to make the transition from undersized shooting guard to point guard, it is a case of it all coming together as he stands poised to cash in during next summer’s free agency.

“He had a lot of time on the floor last year with me being hurt,” Lowry said. “I think the experience has kind of built his confidence even more.

“I think he’s just finding his way to be himself and be involved and understanding like who he’s going to be, how good he can be, how talented he can be. He asks a lot of questions, but he’s also very smart. He’s a hybrid guy who is a scorer, but he can do both with leadership, get everyone involved and still get his. He’s just continuing to find himself.”

To a degree, that also stands as the description of Oladipo. The difference with Vincent has been availability in addition to ability.

“He’s such a swiss-army knife for a combo guard, because he can guard up. He can guard threes and fours, which for somebody his height is really unique,” coach Erik Spoelstra said of the 6-foot-3 22 year old. “But he has that very aggressive disposition. He can really get down in a stance. He likes taking the challenge on that.

“He is a great understudy to Kyle. Kyle is one of those guys that can guard up as well as anybody really in the history of the game. And Gabe really watches him closely.”

In the wake of a breakout playoff series against Trae Young and the Atlanta Hawks in last season’s first round, Vincent arrived at camp with the confidence from a roster that largely returned intact.

“Gabe is good,” forward Jimmy Butler said. “He can shoot the ball. He can finish well around the rim. He plays with a lot of energy. He knows damn near every play from every position. I like him and Kyle and him playing together. It gives Kyle the opportunity to play off the ball, come off pindowns. Gabe is so unselfish he’s trying to give him the ball and get everyone involved.

“That dude’s been working for however long now to prove that he belongs to play in this league, which he does. And I think going to any other team, he could be a starter. But I’m glad he is with my team.”

Depending on the late-game situation, it is now as likely to be Vincent-Lowry as Herro-Lowry, with Vincent having no issue being part of such an offense-defense substitution pattern in difference to Herro’s scoring.

“I mean whatever Coach needs, whatever Coach asks of me, and whatever I can do to help this team win, I want to be a part of that,” Vincent said. “Obviously I love to be on the court. So if I can be on the court impacting winning, I will. And if it’s a Tyler sub, there’s no doubt about his scoring abilities. I have no questions about that, by any means.”