Todays Though > News > Heat’s Gabe Vincent ready to toe the line at moments of truth, with no outside concerns – Boston Herald
News

Heat’s Gabe Vincent ready to toe the line at moments of truth, with no outside concerns – Boston Herald 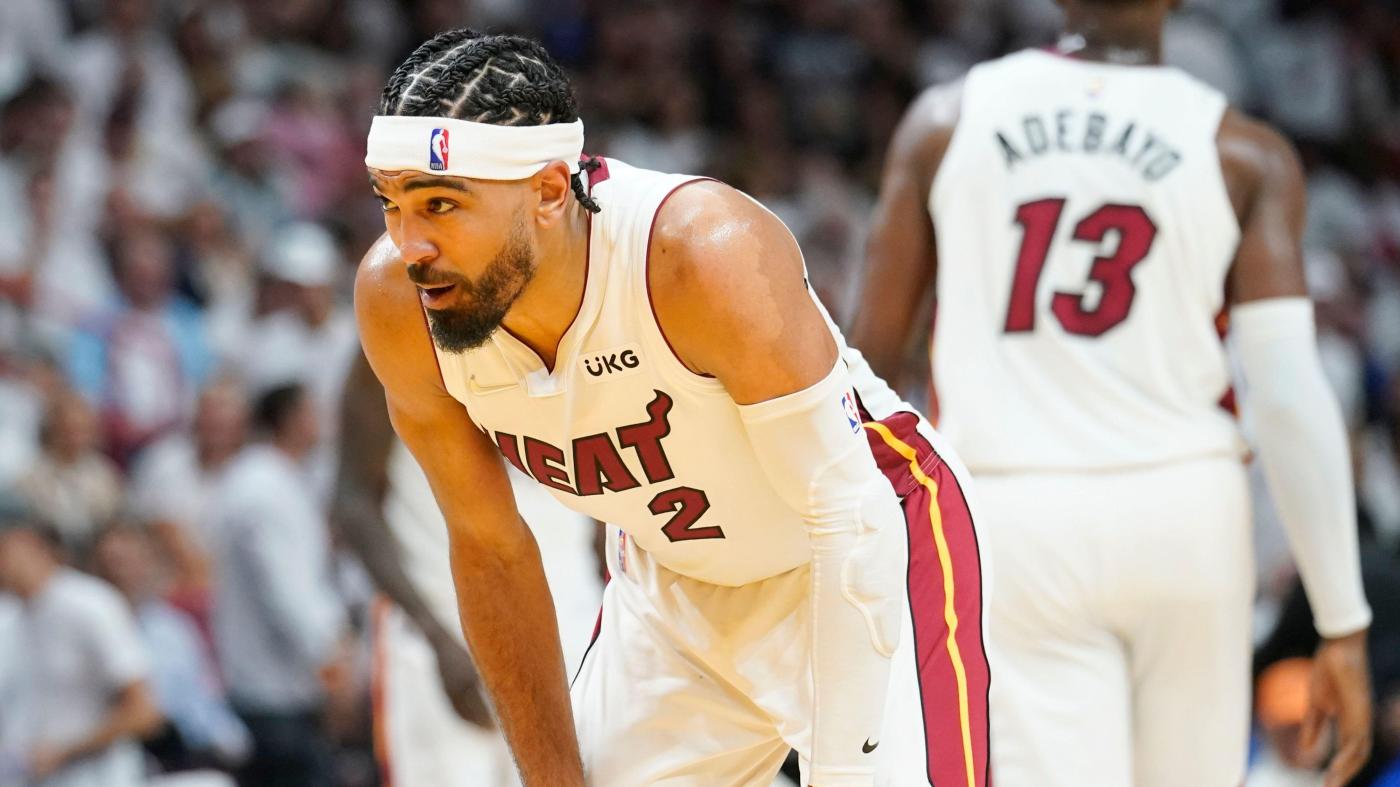 “Now why would you jinx my man like that?” Adebayo responded incredulously to the question.

Vincent, by contrast, did not take umbrage, but only after he offered mock indignation by his locker.

“I got confidence in myself,” he said with a smile, “so I think I’ll be alright.”

In a statistic the Heat themselves have tracked for months, Vincent went into Saturday night’s game against the visiting Charlotte Hornets having not missed a free throw in the fourth quarter or overtime dating to last season, 28 of 28 entering Saturday over that span.

“For sure,” he said. “I think that’s just the reason for routines. I think that’s why everyone has their own free-throw routine, is to kind of just get back to zero, get back to your baseline and focus on your shot at hand.

“It’s the only time you’ll be unguarded like that.”

Vincent said the streak is particularly meaningful because it often comes during a quarter when his shot is not where he wants it to be from the field.

“So if I have an opportunity to score, get an easy one at the free throw line, I’m definitely seeking it out,” he said.

For as loud as the Heat’s late-arriving crowd can get during those game-deciding fourth-quarter moments, an adjustment is required when a home player then goes to the foul line, the crowd often at an eerie hush.

“I just see myself and the rim, to be honest with you,” he said of blocking all else out.

In fact, rather than talk of streaks perhaps being a jinx, Vincent said such distractions are more likely to be provided by opponents.

For example, between a pair of crucial closing free throws during Thursday’s victory over Charlotte, Hornets guard Terry Rozier playfully attempted to slap Vincent’s hand after he made the first.

The mere fact that Vincent has gone from undrafted out of UC-Santa Barbara in 2018 to crunch-time closer for the Heat says plenty about even being at the foul line in such situations.

“I’ll tell you this, I definitely don’t take it for granted,” the 26-year-old fourth-year veteran said. “As far as that respect and trust, it’s earned every day, I feel like. I never want to let my teammates down and take it for granted when I have those opportunities.”

Just as teammates do not take him for granted.

“Gabe is not scared. Gabe is built for this,” teammate Jimmy Butler said. “He’s had an incredible journey and path to get to where he is today, so it’s been way more difficult than two free throws at the end of the game.

“I love Gabe. He plays so hard. He plays the right way. He tries to do right by everybody. To me, even sometimes that’s wrong, because he’s very, very unselfish, as well. And I’m so glad that he’s on my team, because he saves my tail on a lot of possessions both offensively and defensively.”

Aside from his concerns about jinxes, Adebayo said Vincent at the line is a reassuring moment.

“Muscle memory,” he said. “I’d count on Gabe to make a free throw.”

As the Heat have done when players with retired numbers have their banners amended to include Hall of Fame induction, Tim Hardaway was brought to the team’s arena Saturday for such a commemoration.

Hardaway’s No. 10 was retired Oct. 28, 2009 by the Heat, with the former All-Star guard enshrined into the Naismith Memorial Basketball Hall of Fame in September.