Todays Though > News > Heat’s Kyle Lowry on Pat Riley’s conditioning concerns, ‘It’s whatever . . . everyone has their opinion’ – Boston Herald
News

Heat’s Kyle Lowry on Pat Riley’s conditioning concerns, ‘It’s whatever . . . everyone has their opinion’ – Boston Herald 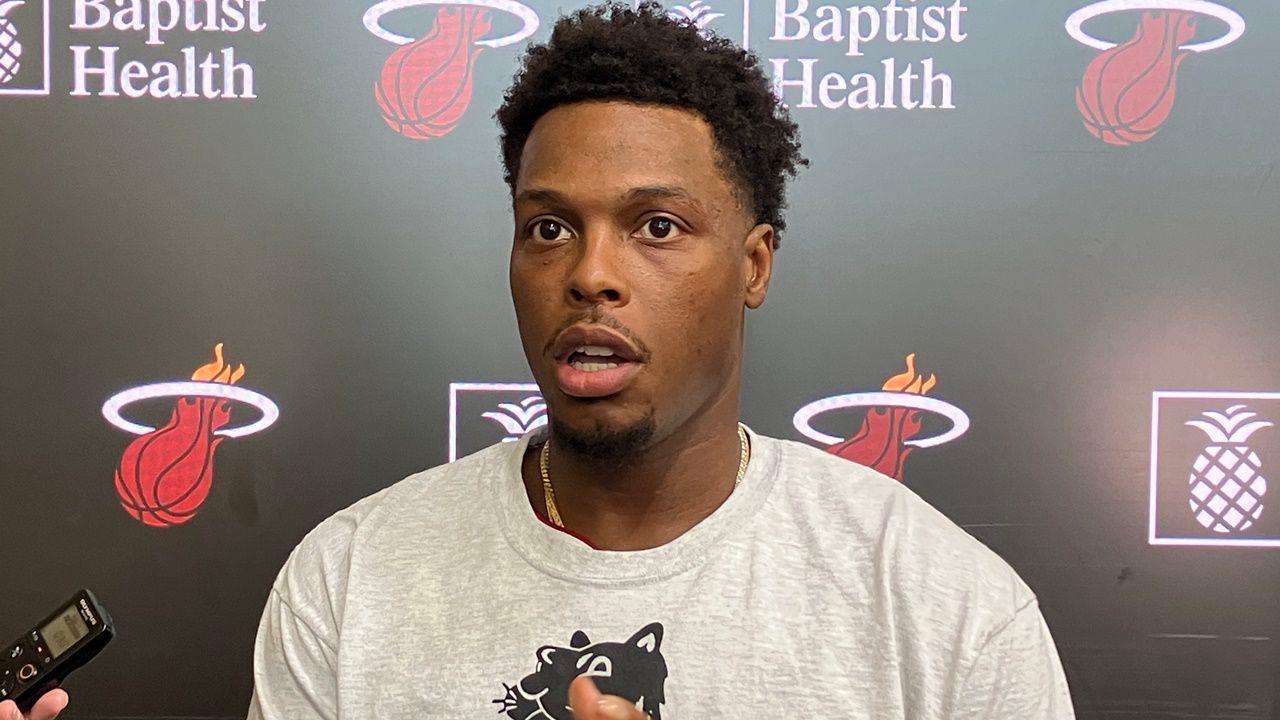 No, Kyle Lowry did not open his media-day interview with a declaration that he is not fat.

The question-and-answer session with the veteran Miami Heat point guard at FTX Arena was more subtle.

But it also came against the backdrop of Heat President Pat Riley ending last season by saying of the player he spent $85 million on, “You have to be in world class shape, you just have to be. He’s definitely gonna have to address that and it will be addressed.”

And yet it wasn’t on Monday, as the Heat regrouped ahead of Tuesday’s start of training camp in the Bahamas.

“I didn’t even hear the comments,” Lowry said. “Someone else told me about ‘em.”

And when he heard what was said?

“It’s whatever,” Lowry said. “Honestly, he has his opinion, right? Everyone has their opinion and it doesn’t do anything for me. All I do is motivate myself, I always motivate myself.”

Beyond that, nothing quantitative offered.

“I don’t even know,” he said of his weight and body fat. “I’m just working and grinding. We’ll see what happens.”

For years, Riley has stressed that older players need to go above and beyond with their conditioning to remain competitive. Lowry turned 36 in March, now entering the second season of the three-year deal signed when he left the Toronto Raptors in 2021 free agency.

In the wake of Riley’s comments, Lowry offered regular offseason updates on his social media of his workouts.

“Same summer as always, do the same thing every year,” he said Monday. “I just put it out a lot more [on] video. Same thing I do every single summer. It was a good summer.

“I don’t change what I do. I go out there and create my own environment and come back and do my jobs at the highest level.”

To that assessment, Riley said, “I don’t think it was a waste of a year.”

The Heat finished last season one victory from the NBA Finals.

Ultimately, simply standing was its own issue for Lowry at the end of the season, limited through the playoffs by a hamstring injury.

He said Monday he is over that issue, but also acknowledged that the family issue that took him away for extended periods last season still is a concern.

He did not rule out missing time for the family matter.