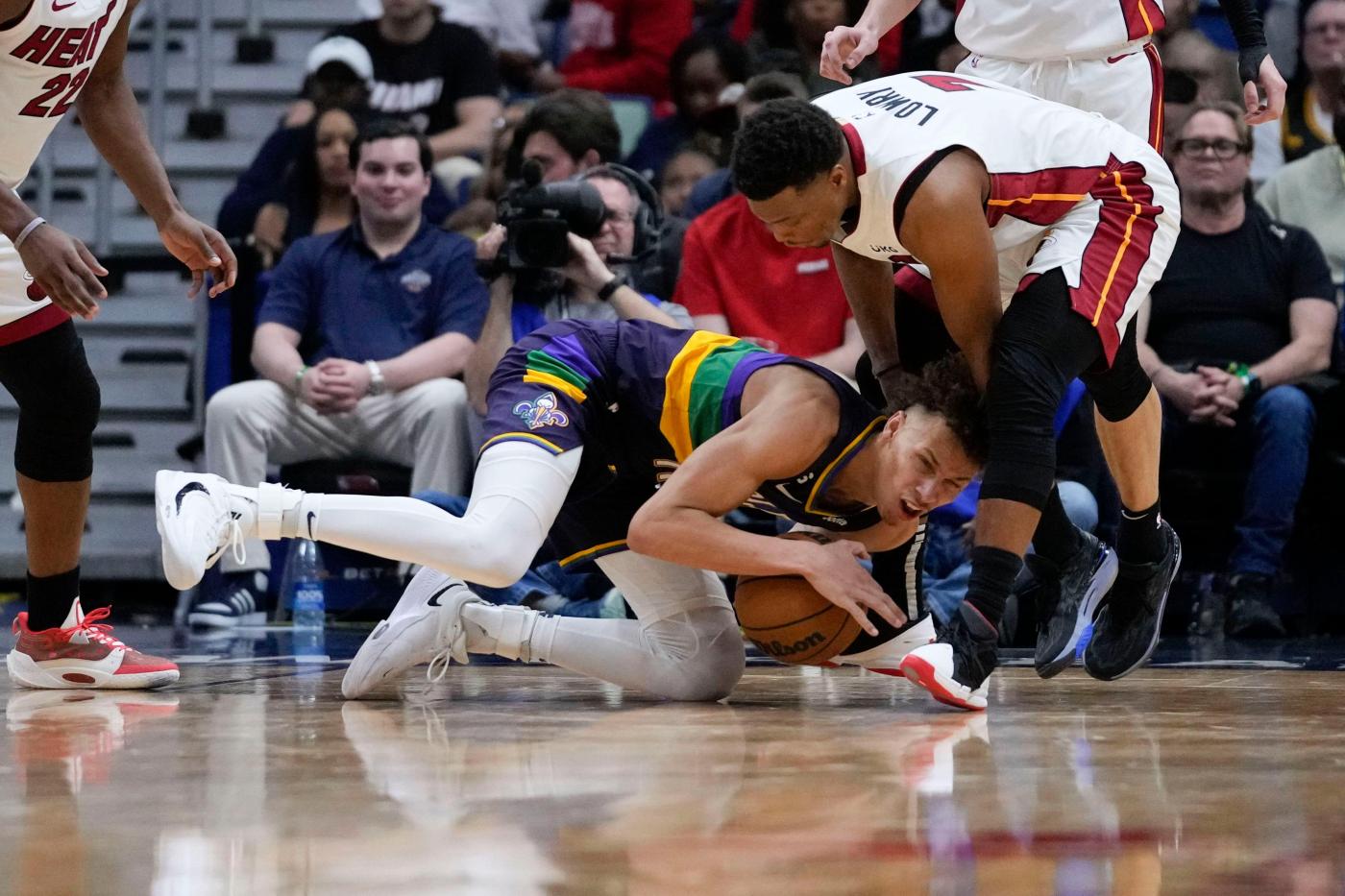 The impact was not necessarily dynamic. But Kyle Lowry also said that was not the intention.

Back from a four-game absence due to knee soreness, the Miami Heat veteran point guard said his return in Wednesday night’s road victory over the New Orleans Pelicans came as expected, as a supporting piece to Jimmy Butler, Bam Adebayo and Tyler Herro.

“Jimmy, Bam, Tyler, they’re going to be our guys,” Lowry said, with the Heat shifting their attention to Friday night’s game against the Dallas Mavericks at the conclusion of this three-game trip.

Lowry said he also took a measured approach with the knee, hoping to come back to stay back.

“It was good to just get myself right,” he said of his absence. “My knee has been a little bit bothering me for a while. So it was good to get back.

“I feel good. I feel pretty good right now and hopefully it doesn’t re-occur, and we just kind of build on that. You keep the body right and keep the mind sharp.”

“Kyle’s smart,” Butler said. “He’s always seeing matchups that he wants to get guys involved in, or he knows who has to have the ball. Obviously he can shoot the ball incredibly well, but he makes sure everybody’s in the right spots on both offense and defense.

“And then you know, just his energy, how fun he makes the game, how he’s always smiling, we needed that back.”

No, Max Strus said, he could not recall anything close to the 10 assists he registered Wednesday night against the Pelicans.

“Man, I’ve never passed the ball that much in my life,” the Heat reserve guard said with a deprecating laugh. “That’s the truth. I’ve never even been close to it.”

Strus said he was just feeding off the ball movement that led to the team’s 37 assists.

“Everybody made shots,” he said. “I was just passing the ball and people were making shots. It was easy.

“I just found people at the right time and made the right play.”

But 10? No, he did not see that coming, nor did he know his previous high on any level.

The Heat remained on the outside looking in when the latest round of fan voting for All-Star Game starters was released Thursday.

Butler stood fifth among East frontcourt players, with Adebayo outside of that top 10.

No Heat player was in the top 10 among East backcourt players.

Fan voting counts 50 percent toward selecting the three frontcourt starters and two backcourt starters from each conference, with the media and player votes counting 25 percent each.

All-Star starters will be announced next week, with coaches then selecting the reserves.