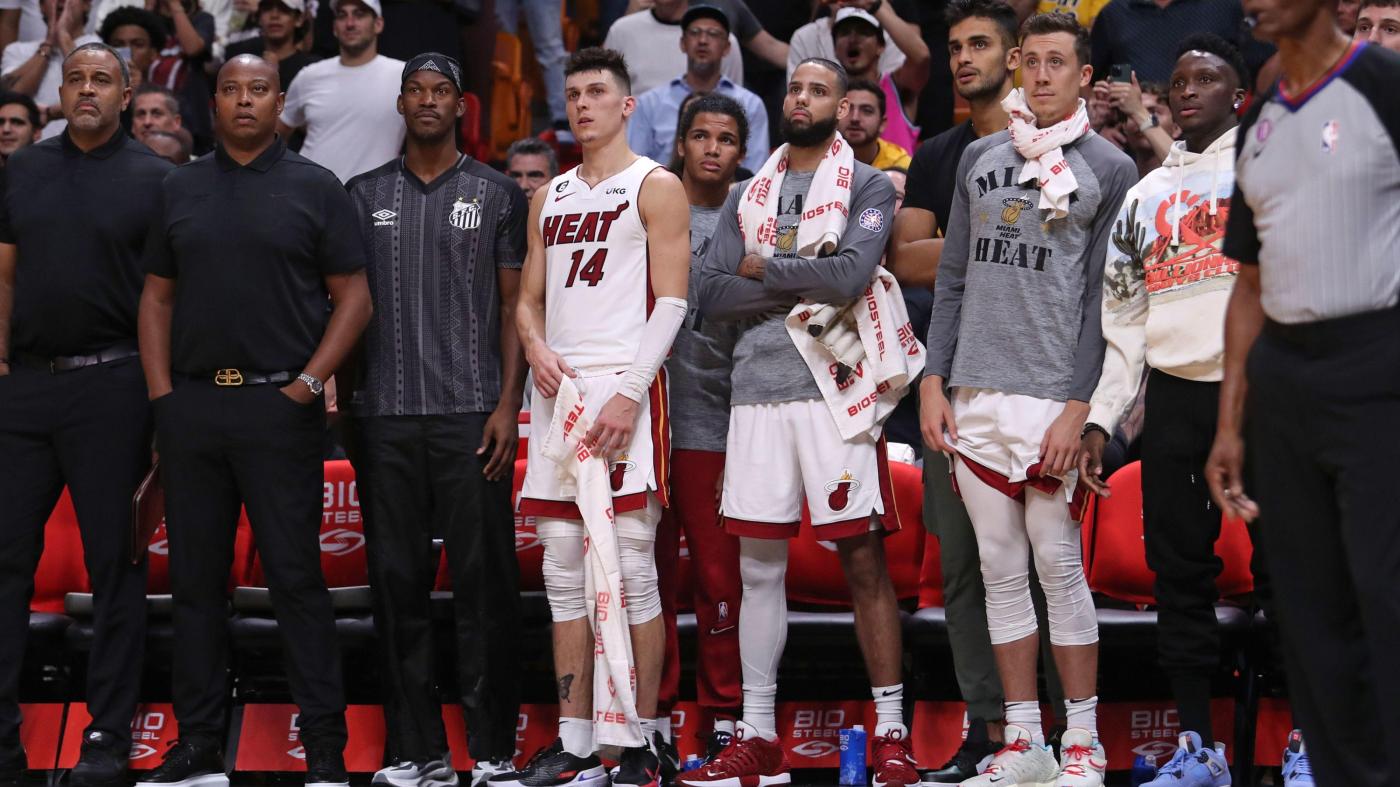 Scouting reports can be your enemy, Miami Heat center Bam Adebayo said he has come to learn.

He already has worked on beating the system on the offensive end. But it is on the other side of the court where he acknowledged the opposition has been scouting and scoring.

Of his shot menu this season, Adebayo went into Monday night’s game against the Portland Trail Blazers at FTX Arena averaging a career-high 13.1 shots per game.

While it is not the 18 a game he said during the preseason that he was seeking, he said the shot menu is one that has established a comfort zone.

“We’ve felt like we’ve been doing a great job of getting me touches, throwing it to me in the pocket,” he said. “So I feel like that’s how I’m getting my shots. And also, I get my post-ups, isos.

“I want my buckets to be random. That’s the greatest way to play because you can’t scout it.”

While Adebayo said he has evaded the scouting report on that end, he said a book definitely is in place when it comes to the opposition scoring against the Heat in transition.

“The biggest thing on defense is we’ve got to get back,” he said of the area of particular defensive concern at the start of this season. “Me and Jimmy [Butler] have been preaching it this whole season. For it to start to change, we have to start figuring it out.”

Because, he said, opponents already have.

“We’re playing teams that scout like everybody else scouts,” Adebayo said. “They see we’re trying to figure out how to stop in transition. I mean, if I’m a coach, and we run in transition, we’re going to get easy baskets against them.

“The biggest thing for us is just honing in on that small note and taking the steps and getting better from there.”

Coach Erik Spoelstra said it is the beginning and end of defensive sequences that need polishing, with the Heat struggling to defend in transition and then keep opponents off the offensive glass.

“The things in between have been pretty stable for us,” he said. “But those two areas, there’s room for growth. There’s opportunity there and opportunities for improvement which we’ve been committed to.”

Spoelstra said the Heat’s 3-point defense has had similar splits.

“We’re getting to guys more efficiently, in the man or zone in halfcourt,” he said. “Transition, there’s a lot of areas for improvement that we’ve been working on. We’re capable of doing it better. We’ve shown some improvement. But we still have a ways to go.”

Spoelstra said it is not by coincidence that guard Gabe Vincent played all 12 fourth-quarter minutes in each of the team’s three games last week.

“That’s just not something that’s happening in the last few weeks,” Spoelstra said. “He’s doing that with three years of really developing his game to be able to fit in with whatever lineup. And that’s a credit to him, to be a two-way basketball player.

“Those kinds of players are valuable in the fourth quarter, that can defend four positions. He’s gritty. He’s tough. He makes winning plays. He’s earning the trust of the coaching staff. But more importantly, he has the trust of all the guys in the locker room.”

Adebayo, along with LeBron James, Donovan Mitchell, Zion Williamson and Bradley Beal are featured in a new NBA public-service announcement to encourage participation in Tuesday’s and future elections.

Per the NBA, “This season, every team has engaged their local community to promote civic engagement including through nonpartisan partnerships, in-arena theme nights, voter education and voter registration tools as well as using facilities for election-related activities.”