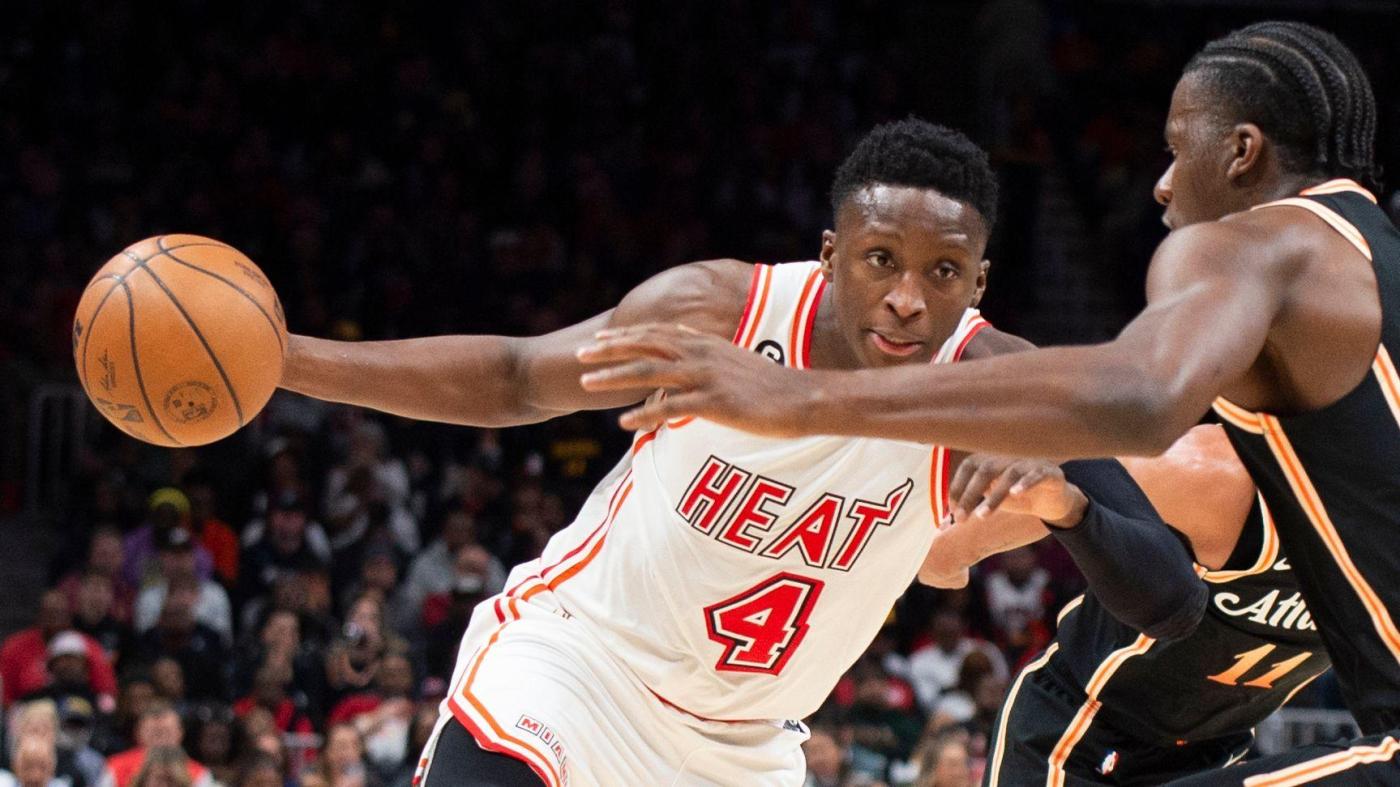 When assessing Victor Oladipo’s comeback from five years of knee and quadriceps issues, Miami Heat coach Erik Spoelstra often references what used to be, and therefore what yet might be again.

At the start of the Heat’s three-game trip that continues Wednesday against the New Orleans Pelicans, there was no need for reflections.

Because there, for all to see in the Heat’s loss to the Atlanta Hawks was Oladipo at his playmaking best.

In closing with 10 assists, it was the first time Oladipo reached double digits since Nov. 19, 2018, while still a member of the Indiana Pacers, three teams ago, when he had 10 in a victory over Spoelstra and the Heat.

“He’s been beating himself up about some of his turnovers and his handle the last few games, even though when he’s played really well,” Spoelstra said. “He’s really conscious of his responsibility when the ball is in hands. He has pride in doing things well for his team offensively.”

While Oladipo did have four turnovers in each of the previous two games, Monday’s 10 assists came while playing without a turnover.

The uptick in assists has come with starting point guard Kyle Lowry sidelined by knee discomfort, with Oladipo with 23 over the past three games.

“He just impacts the game in so many different ways. Some nights it’s scoring, some nights it’s passing and every night is defense,” guard Tyler Herro said. “So him coming in off the bench is big for us and just happy he’s back to somewhat of the level he’s been at in the past.”

With Jimmy Butler and Bam Adebayo operating as playmakers in the starting frontcourt, Oladipo’s passing is particularly embraced from the second unit.

“I mean it makes obviously not my life easier, but everybody else has really got a guy that can get 10 assists,” Adebayo said. “You want a guy like that to have the ball in their hands. He can make life easier for everybody else.”

Late-game inbounding inability again got the best of the Heat at the end of Monday’s loss in Atlanta, with the Heat turning the ball over on a five-seconds inbounding violation down six off their final timeout, with 25.4 seconds to play.

That came after the Heat twice over a recent five-game span had to call consecutive timeouts on late inbounding plays after being unable to inbound on the first attempt.

The Heat first had to burn their final two timeouts consecutively while down four with 20.3 seconds to play in a road game against the Los Angeles Lakers they eventually would lose by three. Two games later, they then had to call their final two timeouts consecutively with 3.2 seconds left while down one in the home game against the Brooklyn Nets they lost by that margin.

Of Monday’s late-game failure, Spoelstra said, “I don’t think I diagrammed the best play. They defended it well. I thought a couple of things were open and they weren’t. So that’s not at all on the guys. That’s on me.”

By going 11 of 11 from the foul line in Atlanta, Butler recorded his third game of the season of foul-line perfection with at least 10 attempts, tying Dwyane Wade (2010-11) and Grant Long (1991-92) for the second most in a season by a Heat player. The record is six such games by Butler last season . . .