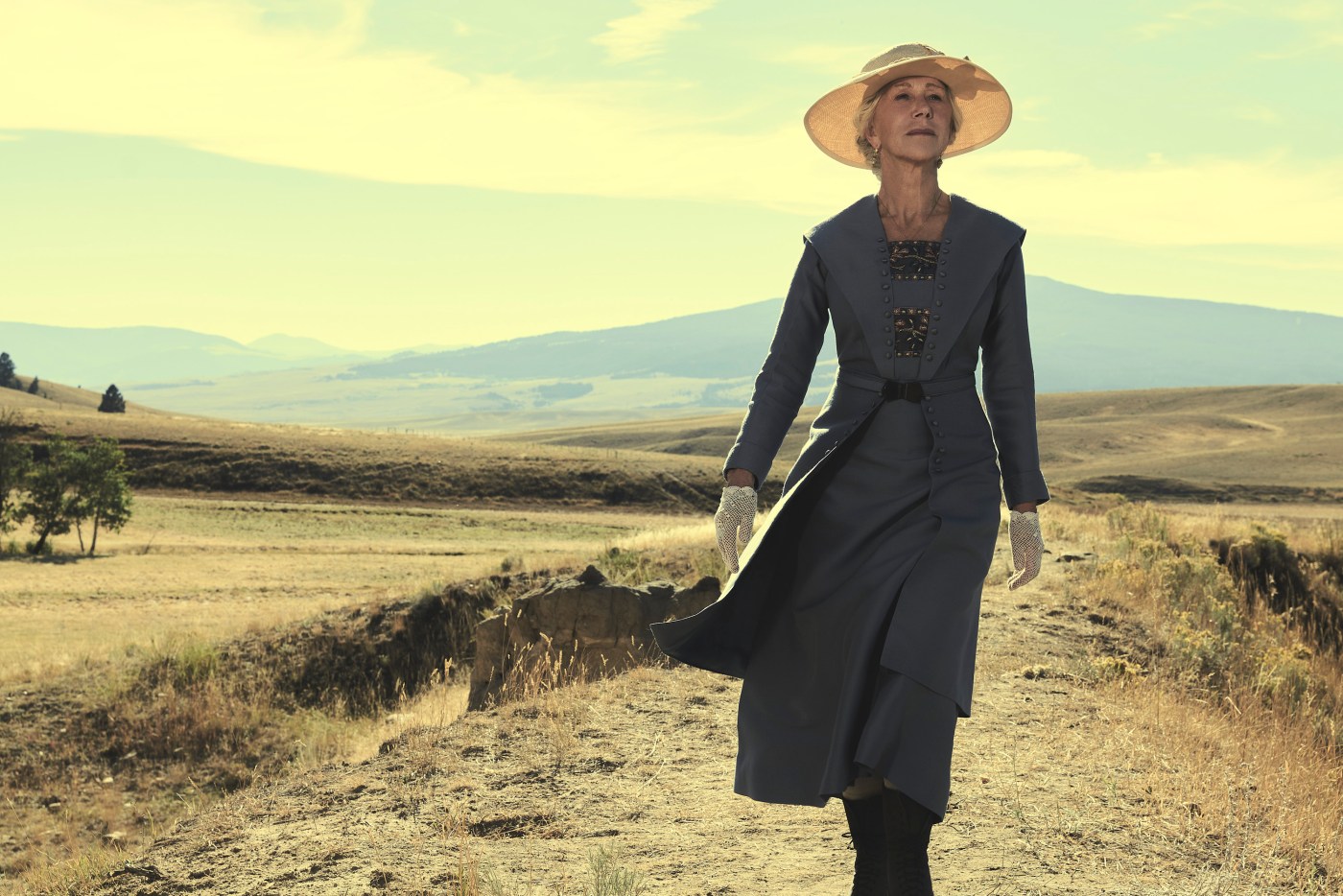 In this latest “Yellowstone” prequel from Taylor Sheridan, Mirren holds a shotgun against an agitated man on the ground. He pulls out his pistol; a shoot-out will leave one or both dead. Only pulled triggers reveal neither gun is loaded. They race to insert bullets.

“That comes out of the very traumatic experience we will later become aware of,” Mirren, 77, revealed in a one-on-one virtual Zoom interview.

Mirren was personally invited by Sheridan to enter his interconnected Western universe.

“We didn’t read scripts before we signed up,” she explained. “What Taylor feels is once he knows who’s playing the role, then he’ll write for that person.

“He’ll write a role that he feels that that person, in their natural state, their own character, their own personality, will fit into that role.

“He outlined this to me in a Zoom call. I said, ‘Well Taylor, then we should meet. Because you don’t really know me, you’ve only seen me onscreen or something. We should meet so you know who I really am.’

“Maybe he won’t like me and won’t want to write for me,” she added with a laugh.  “But we spent time together, cracking a bottle of wine together, which is always a good idea. And then he wrote Cara” – she pronounces CAR-ah.  “It’s going to be one of my great roles, I think, and I’m so grateful, honestly, to be working.

“At this end of my career if you like, to have this sort of work — it’s fantastic! A wonderful adventure.”

Cara has a distinct accent – which the Oscar-winning veteran employed for specific reasons.

“It’s West Irish, a very soft Irish accent. I very much wanted to bring in the understanding that these people were recent immigrants to America. It always used to annoy me when I watched Westerns and everybody spoke with an American accent. Because they didn’t.

“They were Scottish, Irish, Italian, Welsh, Serbians, Moldavians. Those are the people who made early America and I felt it was very important, rather than me putting on an American accent, to have an Irish accent.

“My take is that she came, probably in the late 19th century, escaping from the Irish famine. That was my suggestion that Taylor happily went along with.”