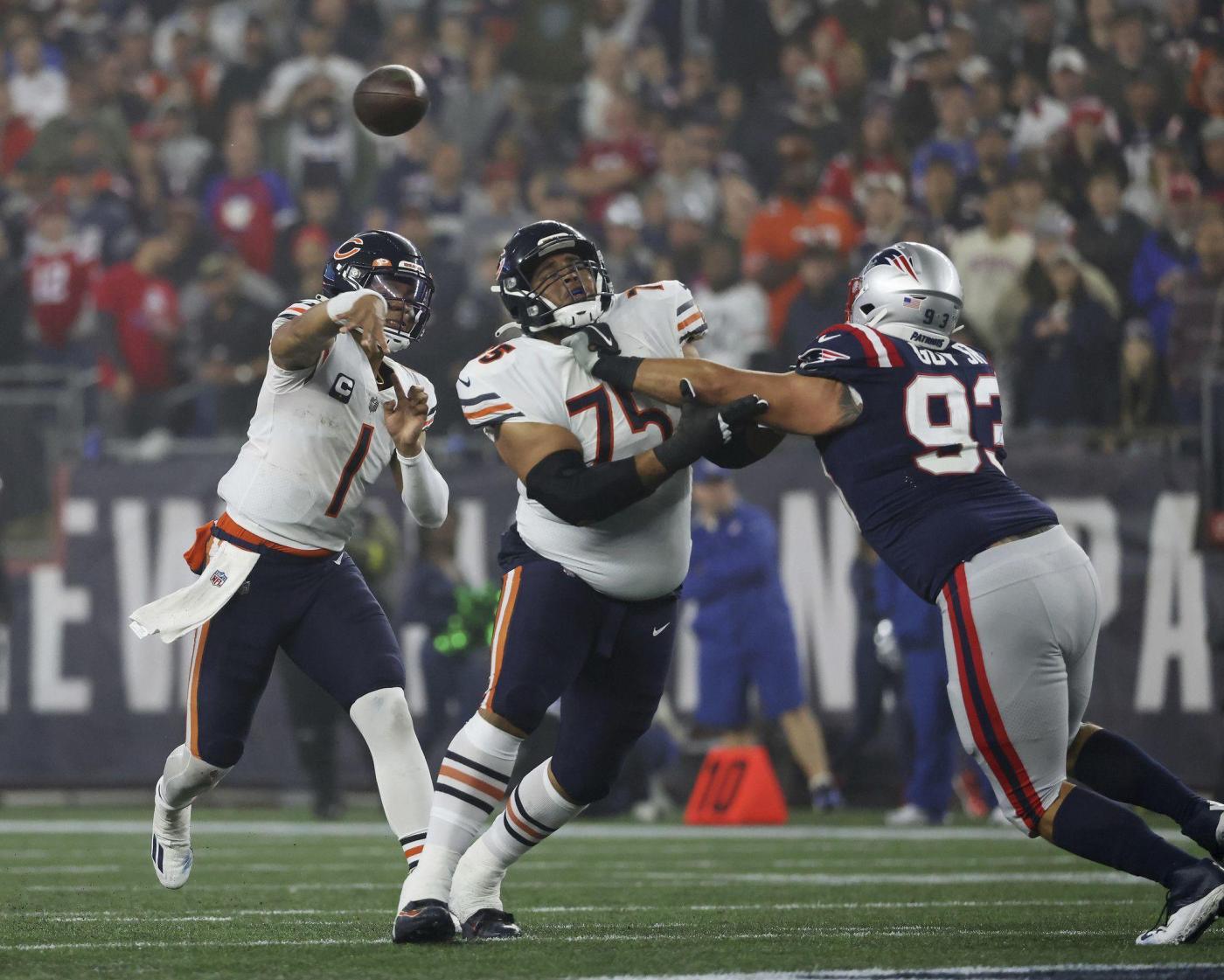 The Miami Dolphins play in Chicago after a big trade week for both teams. The Dolphins added a big piece to its defense in Bradley Chubb and a complementary piece in running back Jeff Wilson. The Bears lost two big defensive pieces and added receiver Chase Claypool.

The better team got better, in other words, while Chicago began planning for next year. Here are five ways the Dolphins keep it that way Sunday:

1. Let the offense’s big-play offense eat. Just like in Detroit, the Dolphins meet a Chicago defense full of questions. Detroit ranked the worst in the league and the Dolphins took them to task. Now comes a Chicago team that’s traded linebacker Roquan Smith and Robert Quinn off a marginal defense (18th in points, 16th in yards). The Bears have a good secondary, but their defensive front didn’t sack Cowboys quarterback Dak Prescott last week and barely had any pressure on him. Chicago ranks 27th in sacks and that was with two of its veteran players until last week. With the weather predicted to be nice in Chicago, this should be another big day for the Dolphins big-play offense to make some big plays.

2. Contain Justin Fields. Chicago looked lost on offense until two games ago when it changed everything during an off-week to play to quarterback Justin Fields’ strengths. Suddenly, an offense that hadn’t scored more than 23 points (against lowly Houston) scored 33 at New England and 29 at Dallas. Is that who they are? Fields isn’t the pocket passer Chicago tried to make him. He is allowed to move, run and create now. The pass-rush strategy, as much as the rush itself, is key here. That said …

3. Show what Bradley Chubb and this defensive front can do. You want to see the new present get unwrapped, right? You should see it, too. Chicago has allowed a league-worst 31 sacks. That hasn’t changed even as they’ve scored points. Fields was sacked four times in each of the past two weeks. So the Bears allow the defense to make big plays. It’ll be interesting to see if the Dolphins keep its three edge pass rushers on the field in passing situations, moving either Jaelan Phillips or Emmanuel Ogbah inside. And what of Melvin Ingram? There are some decisions to make here, but lots of options moving forward.

4. Chicago run game vs. Miami run defense. This could morph into a 1970s run-the-ball game if Chicago has its way. Even with their transformed offense, Chicago runs the ball well. It leads the league in rushing at 188.4 yards a game (5.3 yards per rush). That said, the Dolphins rush defense has been strong this year, ranking fifth in the league (100.6 yards a game). If Chicago can run the ball effectively, it can control the game’s tempo and keep the ball from Miami’s big-play offense.

5. Don’t let this be the outlier. Every season has a game where they play much better than they are (Baltimore’s win for Dolphins last season) to buoy all hope and has one where they’re significantly worse than they are (Tennessee’s loss last year). The Dolphins haven’t had a game on the downside like that this season. There’s enough new energy on this team with the trade for Chubb this week that there’s no reason to overlook this game. Don’t lose a game you should win. The Dolphins are five-point favorites for a reason.