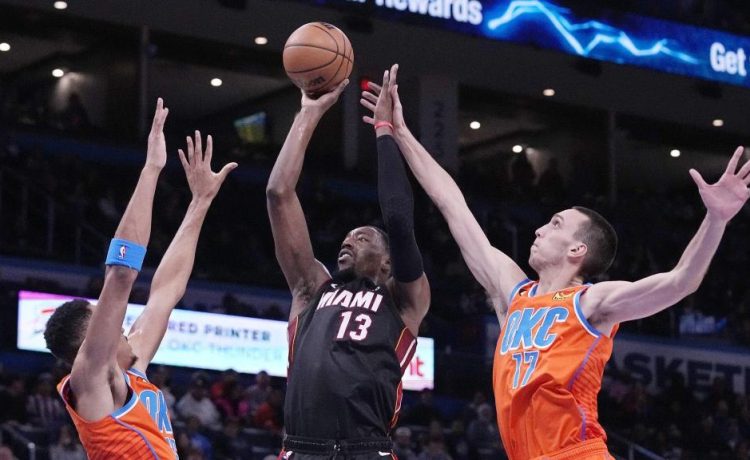 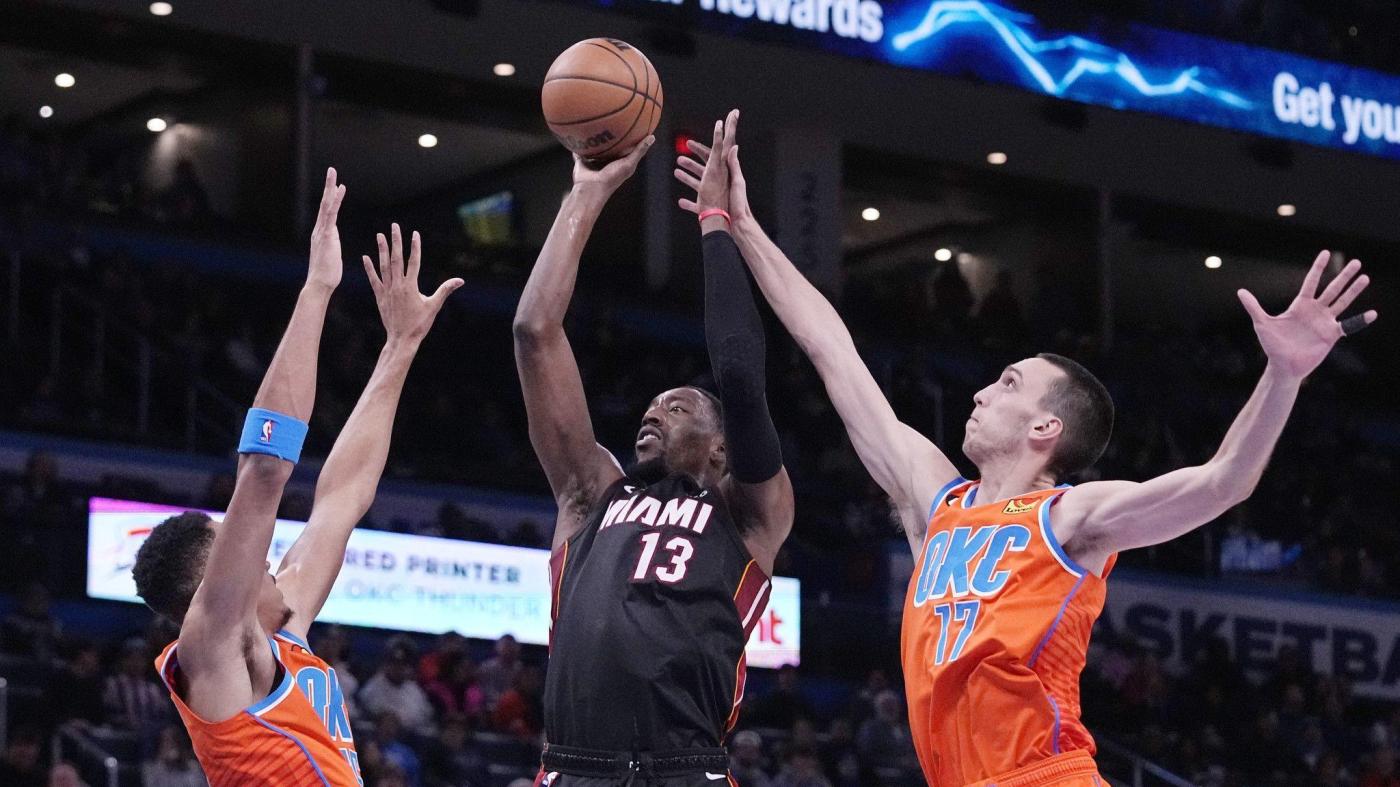 Observations and other notes of interest from Wednesday night’s 110-108 victory over the Oklahoma City Thunder:

– This was Tyler Herro’s moment.

– No Jimmy Butler, who sat this one out.

– No Bam Adebayo, who had fouled out.

– No passes made once Herro collected the ball in the backcourt.

– And this time Mike Brown or any other coach won’t be claiming a travel.

– Oh, and this time not settling for a 3-pointer.

– Instead, on a night when he seemingly couldn’t miss 3-pointers, he got to his sweet spot.

– With plenty of help from Victor Oladipo, in arguably the best game of his Heat tenure.

– This would have been moments the Heat could have used more Adebayo.

– Because without Butler, the amount of physicality the Heat can offer is severely diminished.

– This was decidedly less than the best of Bam.

– Even with the double-double of 15 points and 13 rebounds.

– Yes, there wasn’t as much need early, the Heat can’t miss on 3-pointers.

– But eventually you also have to get it done the hard way.

– Instead, a fifth foul with 5:28 to play, later fouling out on the play that allowed the Thunder to tie with 25.7 seconds to play.

– An argument could be made there also was more needed from Kyle Lowry.

– But expectations there have been somewhat diminished.

– Herro and Adebayo are the future faces of the franchise.

– And Herro needed someone to step up in the second half after he stepped in the first.

– Instead, Herro did it on his own.

– With Butler given the night off, Max Strus again moved into the starting lineup.

– The Heat’s opening lineup was rounded out by Adebayo, Caleb Martin, Herro and Lowry.

– With the start, Lowry tied Mark Eaton, Terry Cummings and Rolando Blackman for 97th on the NBA all-time list, at 815.

– Oladipo then entered as the Heat’s first reserve, for Herro.

– Oladipo’s first steal was the 750th of his career.

– Oladipo’s second 3-pointer was the 750th of his career.

– Among the recent twists for the Heat has been removing Herro early so he can get more time to spark the second unit, as he did last season.

– “We’re able to balance the rotation a little bit more,” coach Erik Spoelstra said of the approach, “and give that second unit some scoring punch.”

– Herro’s fifth 3-point attempt moved him ahead of Voshon Lenard and Dan Majerle for eighth on the Heat all-time list.

– Robinson’s second free throw was the 200th of his career.

– Despite sitting out, Butler shot pregame.

– With the appearance, Robinson tied Josh Richardson for 25th on the Heat all-time regular-season games list.

– Adebayo’s second offensive rebound was the 800th of his career and tied Brian Grant for eighth on the Heat all-time list.

– Asked pregame about the Heat, Thunder coach Mark Daigneault said, “The more organized you try to be against them, the more disruptive they can be.”

– The game opened the Heat’s sixth back-to-back set of the season. The Heat entered the pairing that concludes Thursday in Houston having swept one previous pairing, having been swept twice and having split twice.

– The game was one of 17 Wednesday games for the Heat, the team’s busiest day of the season.