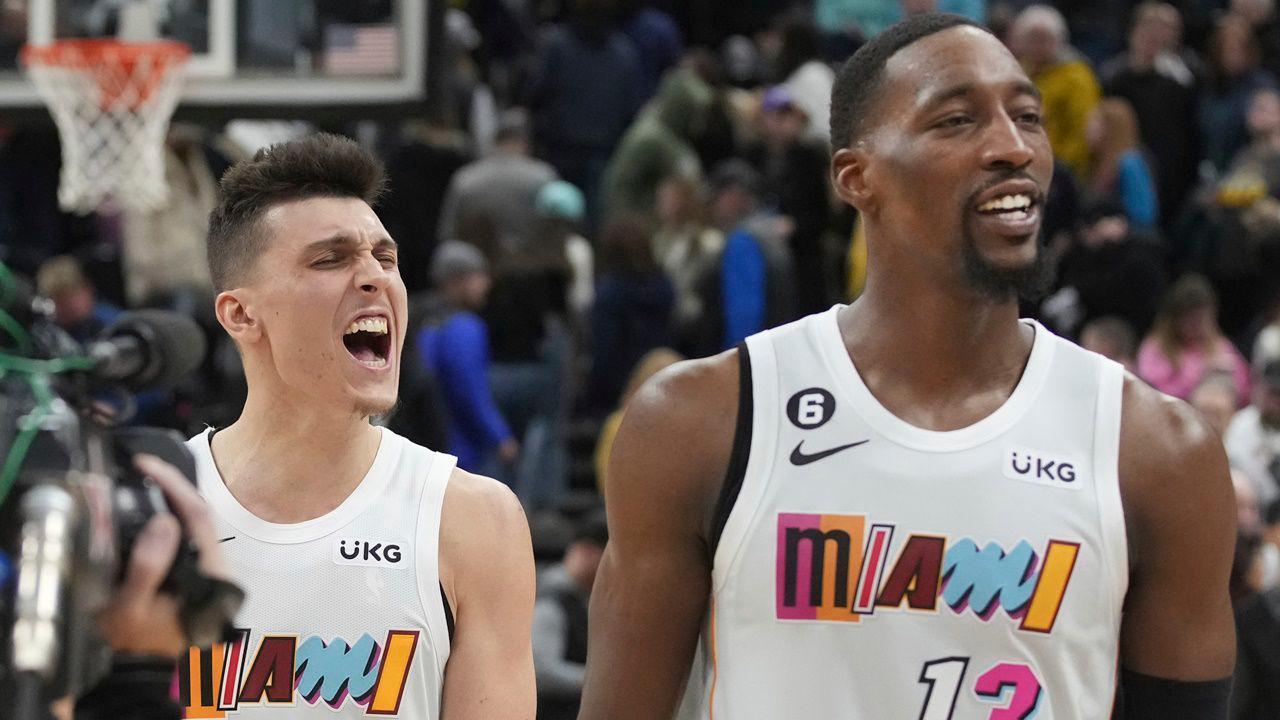 The kid has confidence.

That part of the Tyler Herro equation is undeniable, going back to the guard’s draft-night wardrobe choice in 2019 and even before that night he was selected in that first round by the Miami Heat.

So Saturday night’s fullcourt, driving, 3-point pull-up attempt in traffic with one-tenth of a second to play that gave the Heat a 126-123 victory over the Utah Jazz?

Been there, done that this season.

Well not exactly there.

Still, in a season the NBA is introducing a Clutch Player of the Year Award named after Jerry West, Herro has staked an impressive early candidacy.

“With a name like Herro, you got to be a hero,” teammate Victor Oladipo said in the wake of Herro’s winner that gave the Heat a 19-18 record going into Monday night’s game against the Los Angeles Clippers, the third stop on this five-game trip. “But it’s impressive, man. His ability to want to be in those moments and have the confidence to take those shots and make those shots is impressive.”

It has, of course, been a double-edged sword, as it is with any player with the guts and guile to step up in such moments. There also was the errant potential winning attempt in the Nov. 4 road loss to the Indiana Pacers, as well as the ill-advised wayward late 3-point attempt in the Dec. 10 home loss to the San Antonio Spurs.

But in a season that has the Heat with an NBA league-leading 25 clutch games this season (a game that has a margin of five points or fewer inside the final five minutes of the fourth quarter or overtime), it has become evident that Herro is up such moments, with the Heat now 14-11 in such games.

For Herro, it again was a case of trying to make a moment.

“Just trying to create and get a shot off, trying to create a shot whether it was for myself or for a teammate, Herro said of his fullcourt sprint, an effort required with the Heat out of timeouts. “We didn’t want to go to OT. So just glad the shot went in.”

Herro said he knew there would be a shot, just perhaps not a leaning attempt between two defenders.

“I’m going to get somewhere for sure, whether it’s off one leg, two legs, whatever it is,” he said, “just trying to get to a spot and just create a shot for myself or for a teammate.

Moments earlier, when the Heat could have run down the clock and limited the Jazz’s comeback opportunity, there was the flip side of the Herro-coaster.

“I told him really the only thing that the head coach would say is the one pull-up he had, we still had about nine or 10 seconds left on the clock. Work that a little bit longer,” Erik Spoelsrtra said of that wayward attempt. “But you want the ball in his hands because you know that he wants those moments. As he’s increasing his playmaking ability. He’ll make the right play.”

For the Heat, it was a needed play, after blowing a similar late lead the night earlier against the Denver Nuggets at the start of the trip.

So Herro took the inbounds pass, got to his spot, lofted his shot, and created hope for a better start to 2023 than the slog of the first half of a Heat season that has yet to produce a record more than one game above .500.

“For Tyler to do it as many times as he’s done this year and continue to build off it, it just shows his work ethic,” Oladipo said. “You don’t see it, obviously. But you see the end result. But we see the grind.

“I mean, he always is going to give us a chance to win. He has supreme confidence in his game. We have confidence in his game, as well. In those moments, we put the ball in his hand because we’re confident he’s going to make the right decision. He just has to keep growing. He’s still young. But at the end of the day, I remember being that age too. The whole world is like in front of you. But one thing about him is he works, so the sky is the limit because of that.”