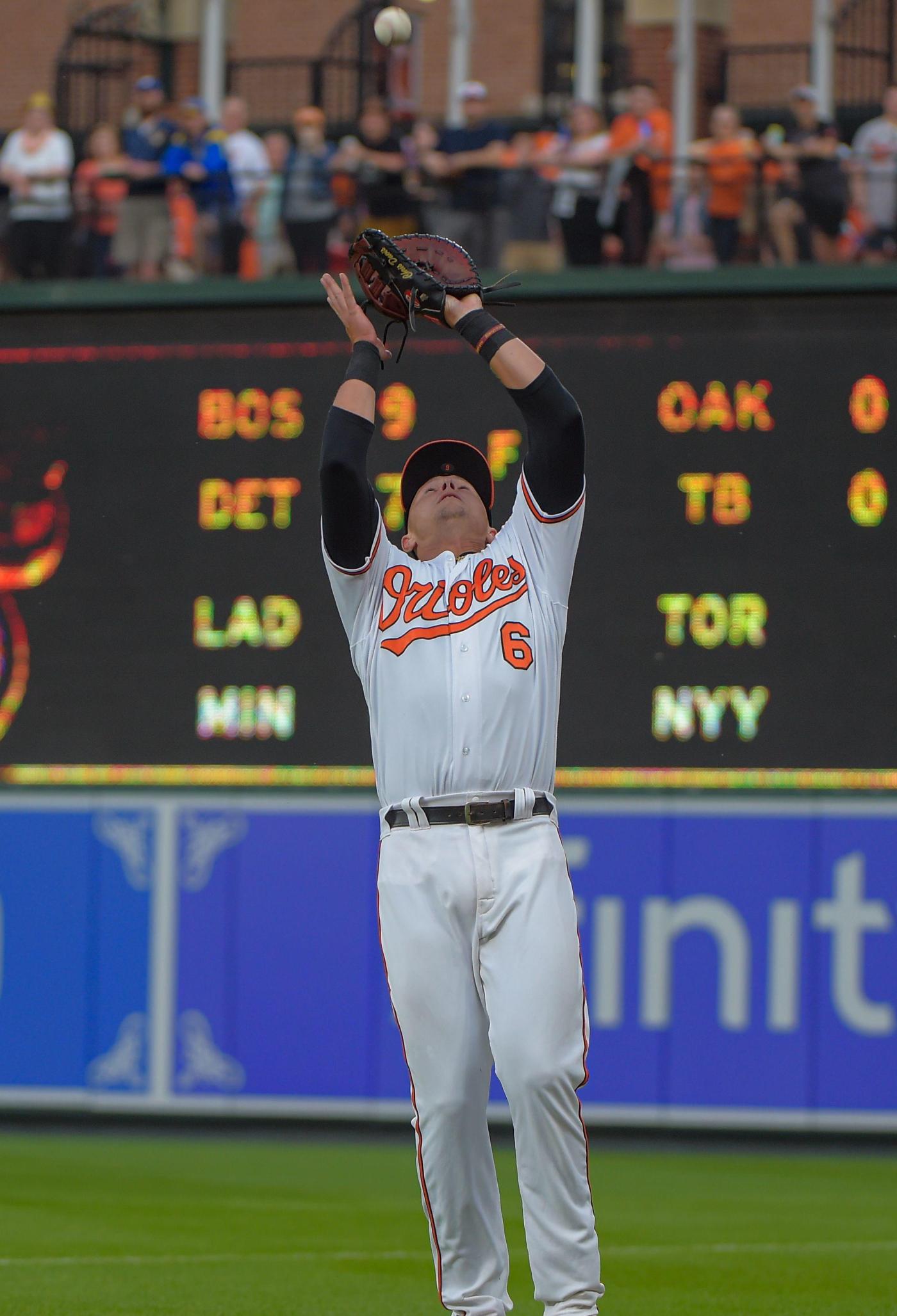 For as much pregame defensive work as Ryan Mountcastle gets at first base, Orioles infield coach Tony Mansolino recognizes there’s one area of the game the young slugger receives no preparation for whatsoever.

Baltimore’s coaching staff lacks a left-handed hitter, so even as Mountcastle fields groundballs almost daily to improve at his relatively new position, the spin he sees off fungo bats is exclusively that which comes off a right-hander’s bat. Mansolino wants to find a way to change that.

“We joke about it, that I’m going to learn how to switch-hit next spring,” Mansolino said. “But I probably am.”

Mountcastle’s troubles with the occasional grounder from a left-hander represent the most apparent deficiency in a defensive game that Mansolino said has “significantly” improved from last year to now. That effect has trickled to the Orioles’ infield defense, which ranked as one of baseball’s worst in 2021 but is now in the middle of the league.

“In the major leagues, there’s a lot of days where guys don’t go out and take groundballs, a day game after a night game or a day that’s really hot,” Mansolino said. “He’s trying to take ground balls every single day. He wants to go out there. Credit goes to him for working so hard at it. I think he’s made himself an upper-tier defender at first base in both the American League and Major League Baseball.”

Mountcastle takes grounders nearly every day to “try to at least see something come at me before the game,” helping him learn how different infields around the league play, as well. Drafted as a shortstop out of a Florida high school in 2015, he has since made his way down the defensive spectrum. He played exclusively third base in Double-A in 2018, dabbling there at Triple-A in 2019 while primarily spending time at both first base and left field. He stayed at the Orioles’ alternate training site for the start of the 2020 season partially because the team felt he needed more work in left field, and although he held his own there after a call-up that season, he struggled immensely in the outfield at the start of the 2021 campaign.

Those troubles led to a midseason transition to being a full-time first baseman, and the results were unpleasant. By Statcast’s Outs Above Average, Mountcastle was tied for fourth-worst among qualified first basemen. With daily devotion to the position, not to mention a full offseason and spring training to prepare, Mountcastle entered Wednesday’s game tied for third among first basemen in OAA, a cumulative stat that reflects the impact he’s made even as he split the position with Trey Mancini early in the year.

“I’ve been putting in a bunch of work,” Mountcastle said earlier this season. “I feel pretty confident out there right now. I mean, it’s not the most rigorous position in the world, but it definitely isn’t easy.”

Mansolino said publicly available stats don’t necessarily speak to how impactful Mountcastle is at first base. The Orioles have internal metrics that measure how effective first basemen are at picking throws from their fellow infielders, and when Mansolino last checked, Mountcastle ranked among the top five, with a key play in Tuesday’s seventh inning among the latest examples. Mansolino wasn’t aware of a figure that tracked first basemen’s ability to catch other infielders’ throws relative to how far they are from the center of the first base bag, but he figures Mountcastle, listed at 6-foot-4, “would probably be elite in that area.”

“He has so much reach and length coming off the bag,” Mansolino said. “He catches balls that a lot of first basemen do not catch.”

His improvements have coincided with major steps forward for the Orioles’ infield defense. Collectively, the group was baseball’s third-worst infield with minus-27 outs above average in 2021. This season, it ranks 15th in the area.

“That’s very, very understated, how much a really good first baseman can impact the other three guys in the infield,” manager Brandon Hyde said. “When you can field a groundball and know that, ‘I just have to get it over there,’ and the guy’s gonna make a play for you, I think it gives you a lot of confidence.

“He works his butt off on his defense every single day, makes it important, works on his weaknesses.”

Mountcastle had to build his own confidence first. After moving in from the outfield, he and Mansolino began by working on the fundamentals of the position, focusing on proper footwork and best practices for catching and throwing before adding layers to that foundation. Among the final pieces of instruction was handling popups, especially those drifting in foul territory, a presumed simple play that both Mansolino and Mountcastle noted the difficulty of.

“It’s very nerve-wracking when you’re over there and you’re running down the foul line and you’ve got your back to the play and you have thousands of people screaming at you and it’s considered a play you’re supposed to make,” Mansolino said. “It doesn’t make a lot of sense to me. It’s a really difficult play. But he’s going after popups way more aggressively than at any point he did last year.

“How aggressive he is on something that he didn’t have a lot of confidence in is probably the thing that stands out to me the most.”

Areas to improve remain. Mansolino said Mountcastle has shown a knack for ranging to his right to field grounders and throwing to pitchers covering the bag, and he wants him to be comfortable making that play more frequently. There’s also the grounders that pop out of Mountcastle’s glove, particularly those hit by lefties. But perhaps the biggest step in that regard will come next spring, when Mansolino hopes to arrive to the Orioles’ Ed Smith Stadium complex in Sarasota, Florida, capable of hitting from both sides.

For now, they’ll continue their daily work to make Mountcastle a better first baseman and improve Baltimore’s infield defense in the process.