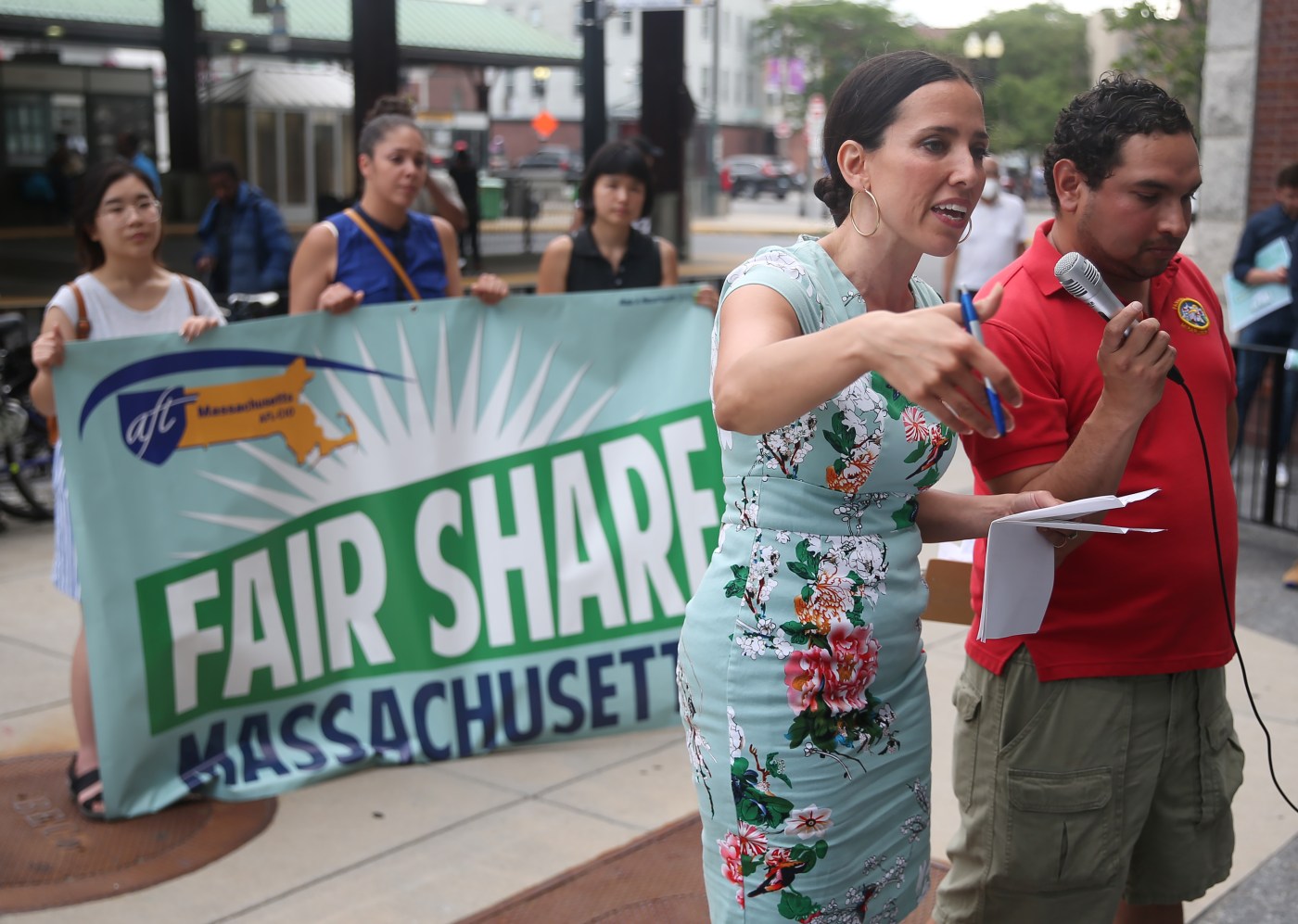 The Supreme Judicial Court ruled Wednesday that the summary Attorney General Maura Healey has prepared for the blockbuster ballot question asking voters if they support a new surtax on household income above $1 million is fair and suitable to be presented to voters.

The high court’s ruling clears the way for the question to be put before voters this November alongside a summary and statements of what a ‘yes’ and ‘no’ vote would do that were prepared by Healey, a surtax supporter and candidate for governor.

Having successfully kept the so-called millionaire’s tax off the ballot in 2018 with a successful legal challenge, Massachusetts High Tech Council President Chris Anderson and a group of state representatives and right-leaning groups lodged a complaint earlier this year that the surtax summary that Healey prepared for voters would misguide them and could lead to “the nightmare scenario of the Constitution being amended based not on the will of the people, but because the people were misled.”

Healey’s summary reads: “This proposed constitutional amendment would establish an additional 4% state income tax on that portion of annual taxable income in excess of $1 million. This income level would be adjusted annually, by the same method used for federal income-tax brackets, to reflect increases in the cost of living. Revenues from this tax would be used, subject to appropriation by the state Legislature, for public education, public colleges and universities; and for the repair and maintenance of roads, bridges, and public transportation. The proposed amendment would apply to tax years beginning on or after January 1, 2023.”

The lawsuit sought to have the SJC order that ballot materials tell voters that “the Legislature could choose to reduce funding on education and transportation from other sources and replace it with the new surtax revenue because the proposed amendment does not require otherwise.”

The justices zeroed in on the phrase “subject to appropriation by the state Legislature” when they heard oral arguments on the case last month with Justice Scott Kafker suggesting less than two minutes into the presentation from the plaintiffs’ attorney that the phrase indicates that “this could pass and we wouldn’t have the 4 percent actually appropriated, right?”

Assistant Attorney General Robert Toone, presenting on behalf of Healey’s office, argued that the phrase “subject to appropriation” does alert voters that spending is contingent upon future legislative action and said the court has “always held” that it was sufficient notice to voters.

Justice David Lowy questioned whether the phrase is too “inside baseball” and floated the idea that additional summary language explicitly about the Legislature’s ultimate appropriating power could be within bounds.