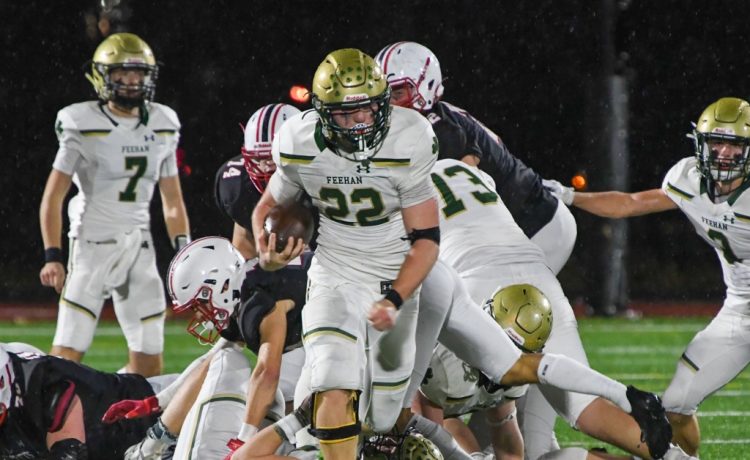 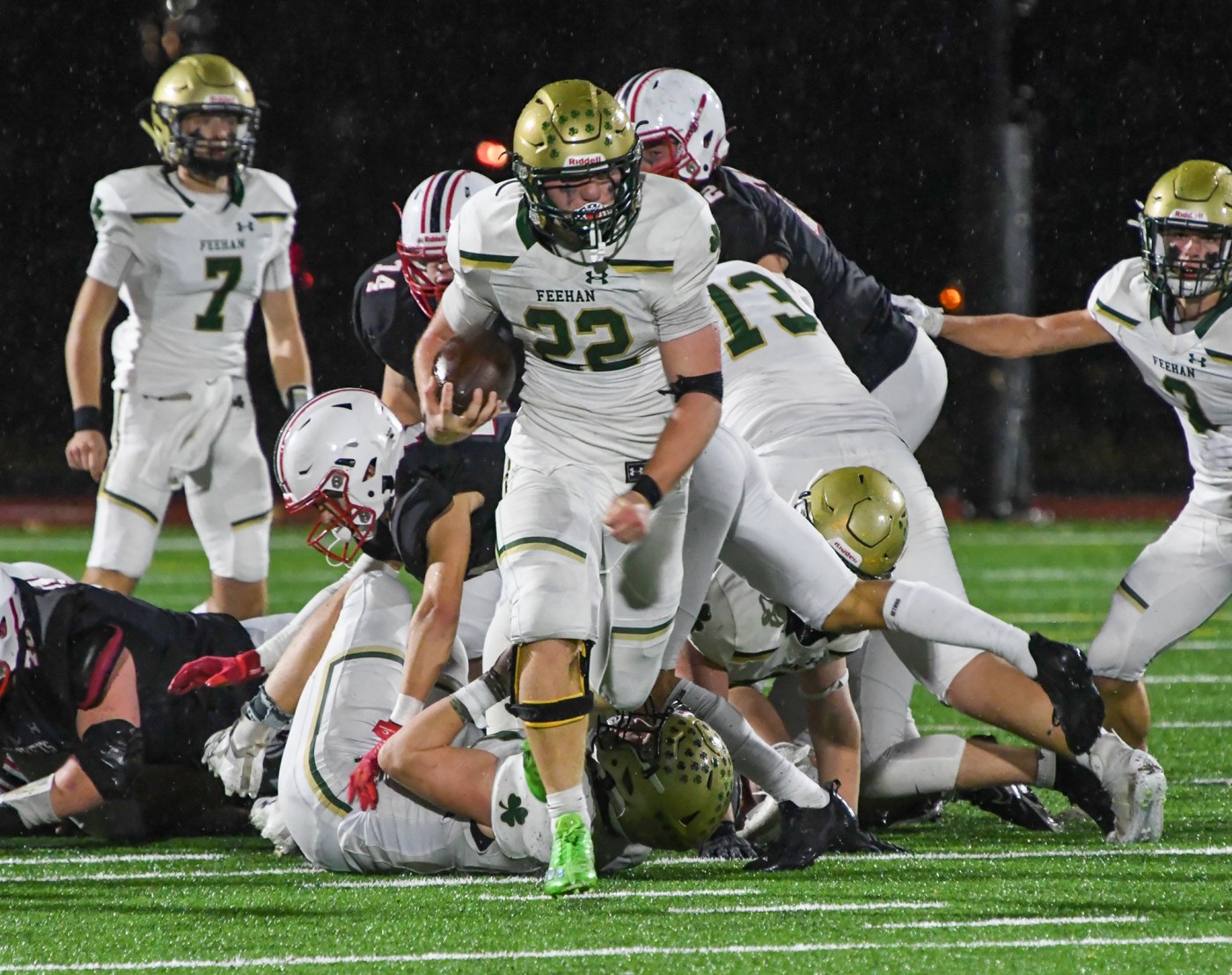 Duxbury, North Reading and Hull reached the title game a year ago, only to fall short of the ultimate goal.

This time around, those three wouldn’t be denied.

Duxbury and Hull raced through the competition without a loss, leaving Gillette Stadium with championships in Div. 4 and 8, respectively. North Reading survived a close call in the semifinal then held off Shawsheen in an offensive shootout to win the school’s first football championship.

Of the eight championship games, the one that many felt would be the best proved to be so. Wakefield and Milton both arrived at the Div. 3 final with perfect records, but the it was the Warriors from the Middlesex Liberty who emerged with the championship trophy.

Catholic Memorial continued its recent dominance of the local football scene, defeating King Philip for the second straight year in the Div. 2 championship game, 27-7. The victory rankled many who feel the top-ranked Knights, currently in the midst of a 29-game winning streak, should be strutting their stuff in Div. 1.

As for Div. 1, St. John’s Prep came into the contest as an underdog, but savored that role. The Eagles turned in a defensive masterpiece to shut out defending champion Springfield Central 13-0 for the school’s sixth championship and likely the sweetest of them all.

The Div. 6 championship game didn’t start the way St. Mary’s envisioned as Stoneham methodically marched down the field to score on its opening possession. From that point on, the St. Mary’s defense locked down and David Brown turned the contest into his own personal showcase as he scored four touchdowns to give his team a 29-8 win.

Here’s a final look at the 2022 high school football season.

Methuen 28, Franklin 24: Down 24-21 in the waning moments, Methuen quarterback Drew Eason added flair to the dramatic. He dropped the snap from center, recovered the ball and ran two yards for the game-winning touchdown.

Wakefield 34, Milton 28: The unquestioned best of the eight Super Bowl games, these two unbeatens battled tooth and nail for the full 48 minutes before the Wildcats emerged with the win and the Div. 3 Super Bowl title.

North Reading 32, Bishop Fenwick 29 (ot): Matt Guidebeck booted a 39-yard field goal on the final play of the game to give the Hornets a dramatic win in a Div. 5 semifinal contest.

Hanover 40, Walpole 37: Ben Scalzi threw for 371 yards and a pair of scores as Hanover edged Walpole in a wild Div. 3 quarterfinal.

WEEKLY STARS OF THE SEASON

WEEK 1: Will Baker ran for 151 yards and two touchdowns, while throwing for 113 yards and two more scores as Cohasset defeated Abington 28-6 to extend its winning streak to 11.

WEEK 2: Matt Festa completed 19-of-28 passes for 376 yards and four touchdowns, while also catching a touchdown pass as Duxbury doubled up on Scituate, 44-22.

WEEK 4: Danny Barrett caught 12 passes for 144 yards and two scores as Peabody put an end to Marblehead’s 23-game winning streak with a 40-7 victory.

WEEK 5: Juan Setalsingh completed 19-of-22 passes for 278 yards and three touchdowns, ran for a fourth score and also picked off a pair of passes as KIPP defeated Manchester-Essex, 26-14.

WEEK 7: Sidney Tildsley completed 14-of-19 passing for 331 yards and six touchdowns as Shawsheen clinched the CAC Large title with a 42-14 win over Northeast.

WEEK 9: Eric Miles rushed for 213 yards and four touchdowns, while registering seven tackles and an interception as Bedford defeated South 36-6 in a Div. 4 first-round contest.

WEEK 11: John Gianibas ran for 291 yards and four touchdowns, while adding eight tackles, as Hull returned to the Div. 8 state final with a 35-12 win over Old Colony.

WEEK 13: David Brown rushed for 195 yards and three touchdowns, while adding a TD catch as St. Mary’s won the Div. 6 title with a 29-8 win over Stoneham.

PLAYERS TO WATCH FOR NEXT YEAR

(1) It’s beginning to look more and more apparent that 16 teams making the football playoffs is simply a few too many. There were far too many first-round games which ended in one-sided results, which clearly is not good for high school football in Massachusetts.

If you take seeds 13-16 in this year’s statewide tournament, they checked in with a less than stellar 2-30 record in the opening round with the average margin of defeat being a shade less than 27 points. The only two teams seeded lower than 12 to win were Cardinal Spellman and Bishop Feehan, both of whom advanced to the semifinals in their respective divisions.

A simple solution would be to cut the number down by a few and give the top seeds a bye. If you trim the number to 12 qualifying teams per division, the top four get a bye. If you opt for 13, the top three get a bye and work your way down. Something does need to be looked at as soon as possible.

For those who don’t like the byes for one reason or another (good friend Bill Zeoli astutely pointed out the financial ramifications that a school having a bye might suffer from), let’s expand the regular season to nine weeks with the top eight teams in each division getting in.

(2) I realize there is never going to be a proper way of aligning the divisions to make everyone happy. One thing I would like to see is that the competitiveness factor weighing into these decisions. Some schools are clearly in the wrong division for one reason or another and it’s time to take a more educated look at it.

(3) Leagues are entitled to do whatever they want, but at some point they need to realize that the ever-increasing amount of multiple Most Valuable Players in each league (large and small in many cases) is really diluting the value of it.