Todays Though > News > Highs and lows of 2022 for the Chicago Bulls, including a return to the NBA playoffs and Lonzo Ball’s lingering injury – Boston Herald
News

Highs and lows of 2022 for the Chicago Bulls, including a return to the NBA playoffs and Lonzo Ball’s lingering injury – Boston Herald 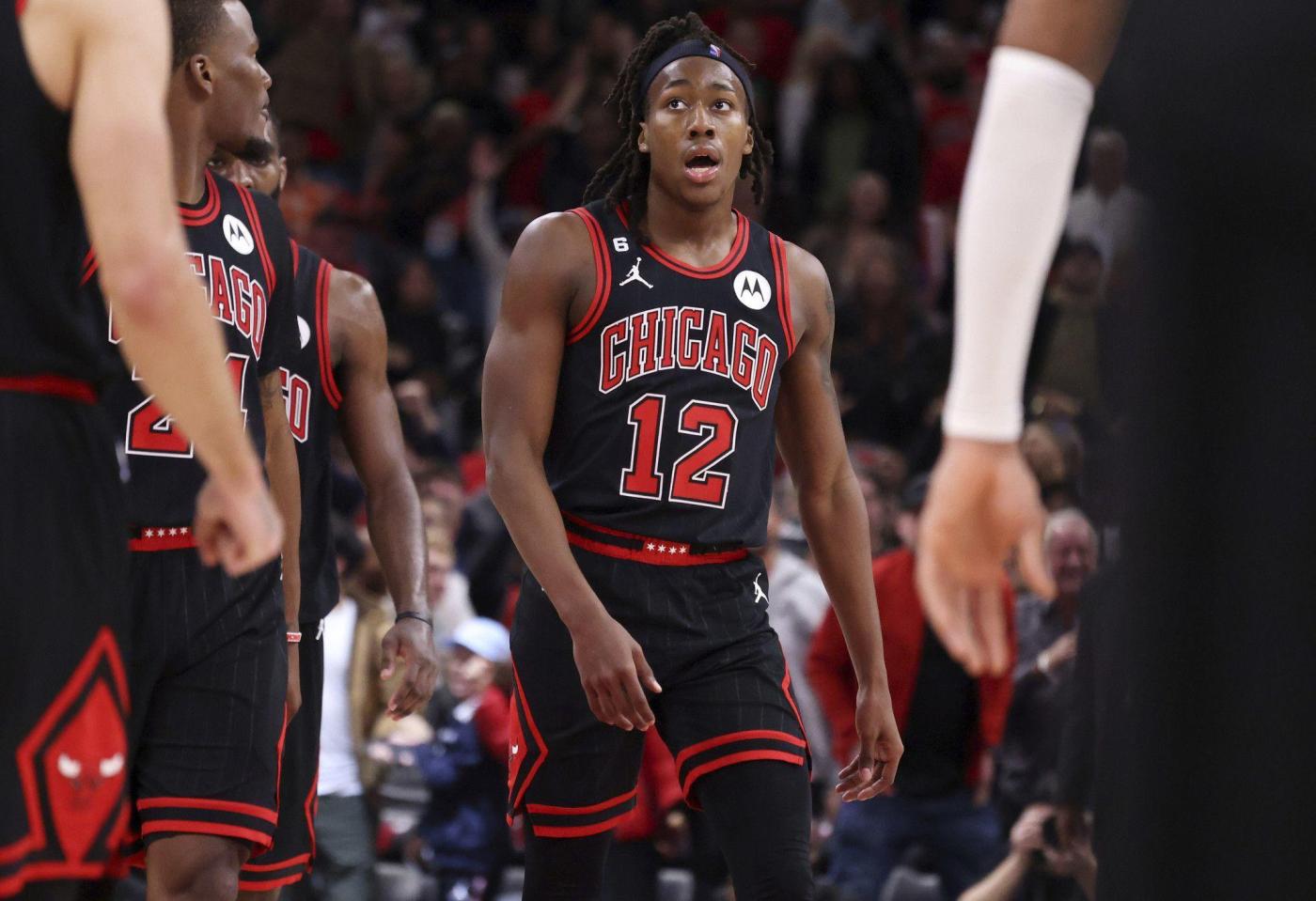 With the end of one season and the start of another, 2022 was an up-and-down year for the Chicago Bulls.

Despite some key injuries, a first-round playoff exit and a slow start to this season, the year also offered plenty to celebrate.

Here are five highlights — and lowlights — from the calendar year.

High: The Bulls returned to the playoffs for the first time in five seasons.

The Bulls achieved their foremost goal after hiring coach Billy Donovan in 2020 and rearranging their roster around Zach LaVine: reaching the playoffs for the first time since 2017. A 46-36 finish to the 2021-22 season earned the Bulls the sixth seed in the Eastern Conference.

Getting eliminated in five games by the Milwaukee Bucks in the first round ended the season on a somewhat sour note — especially after LaVine was sidelined with COVID-19 for the series finale — but the importance of this milestone shouldn’t go unrecognized. The Bulls set a goal and achieved it within two years.

Misfortune struck only two weeks into the new year when Ball went down with a meniscus tear in his left knee on Jan. 14. The point guard’s injury ultimately defined 2022 for the Bulls.

At the time, the Bulls expected Ball to return in six to eight weeks after undergoing arthroscopic surgery. Instead, a baffling 11½ months of stagnant recovery has followed as Ball continues to experience pain and discomfort despite undergoing a second surgery on Sept. 28.

Ball’s absence caused an immediate decline in the Bulls’ performance on both ends of the court, as they couldn’t replicate his dynamic playmaking and clever defense. And his return remains a mystery.

Donovan said Friday that Ball has begun light jogging and jumping while shooting in recent weeks. But Ball hasn’t played basketball since last January, and the likelihood of a return this season is dwindling as the anniversary of his injury nears.

High: DeMar DeRozan cemented the best season of his career.

DeRozan averaged a career-high 27.9 points in his first season in Chicago, earning his fifth All-Star selection and his first since 2018. He broke an NBA record set by Wilt Chamberlain with eight straight games of at least 35 points and 50% shooting.

On the court, DeRozan delivered everything the Bulls could ask from him, carrying the offense while LaVine struggled with finger and knee injuries. DeRozan’s presence in the locker room also provided valuable mentorship to young players such as Patrick Williams and Ayo Dosunmu.

Low: The Bulls ended 2022 with a losing record.

The Bulls exited the 2021-22 season with a blueprint of what was working — and what wasn’t. Executive vice president of basketball operations Artūras Karnišovas and Donovan identified key areas to improve: 3-point shooting and rim protection.

But the Bulls did little to address either problem in the offseason, adding only veteran reserves Goran Dragić and Andre Drummond without significantly altering the core rotation. Ball didn’t get better and the Bulls entered the season with uncertainty at point guard, switching back and forth between Dosunmu and Alex Caruso.

So it came as no surprise when the weaknesses of last season reappeared with more severity.

The Bulls ended 2022 tied for 10th in the Eastern Conference with a 16-20 record. Although they are only 3½ games out of sixth in the East — where they finished last season — their start to 2022-23 represents a regression.

Chicago native and Illinois alumnus Ayo Dosunmu earned cheers whenever he stepped on the court as a rotational player at the start of last season. But 2022 saw Dosunmu grow from a plucky rookie to an important member of the main rotation, stepping in as the starting point guard after Ball’s season-ending injury.

Dosunmu averaged 8.8 points and 3.3 assists as a rookie and was named to the Rising Stars game during All-Star weekend in Cleveland. He continues to build on that early success, retaining a place in the starting lineup this season and making his first NBA game-winner two weeks ago against the Miami Heat.

The Bulls were always enthusiastic about Dosunmu’s potential as a second-round draft pick. After a breakout beginning to his career in Chicago, expectations will continue to rise.