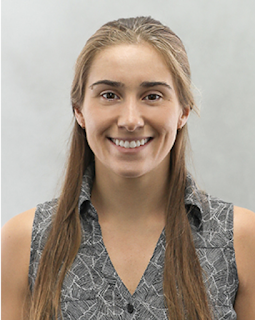 Turner has experience at the highest levels of collegiate and professional hockey.  She has coached with Pro Ambition Hockey since 2011, serving as the head coach for skill development since 2017. Currently, Coach Turner is a teacher and coach at Lovell Academy in Rockland.

“I am extremely excited about the opportunity to coach this team. Hingham has a long standing history of successful athletics, and I hope to add to that legacy,” Turner said. “Aside from the aspiring athletic success I have for my student-athletes, I hope to make a lasting impression on their development as hard-working, compassionate and successful individuals.”

Added athletic director Jim Quatromoni: “We are extremely fortunate to have a coach with the level of experience that Coach Turner has. We are looking forward to seeing her embrace her new role with our program and helping our student-athletes achieve the best versions of themselves on and off of the ice.”

Turner had a standout playing career.  She grew up in Milton and attended the Dexter Southfield School in Brookline.  Turner went on to play both hockey and lacrosse at Union College where she was named to the Eastern College Athletic Conference All-Academic Team as a senior.

After college, Turner was selected as the first overall pick in the 2017 Canadian Women’s Hockey League draft by the Boston Blades.  She played 3 seasons with the Blades.  Turner then played 3 additional seasons with Team Bauer in the Professional Women’s Hockey Players Association.  During her professional career, Turner also earned a Master’s Degree in Special Education from Boston College.