Todays Though > News > Hornets’ Oubre compares referee on key traveling call vs. Heat to ‘sharks on the prowl trying to eat the weak’ – Boston Herald
News

Hornets’ Oubre compares referee on key traveling call vs. Heat to ‘sharks on the prowl trying to eat the weak’ – Boston Herald 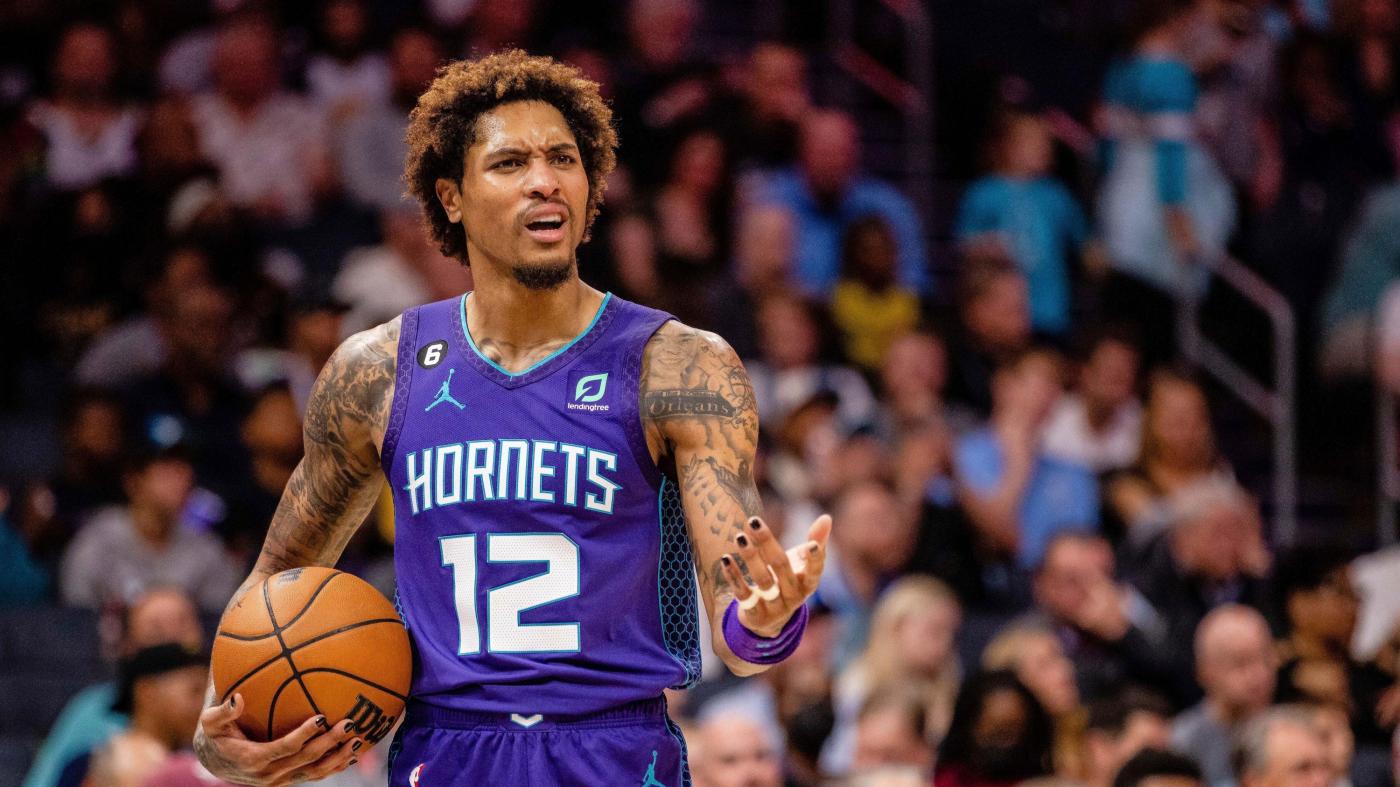 Add another chapter to the Miami Heat’s recent we-were-robbed string of games.

This time, the lament comes from the Charlotte Hornets after the Heat stole into the FTX Arena night last week on a Tyler Herro game-winning 3-pointer against the Sacramento Kings that the NBA later ruled should have been called a travel, and after a pair of incorrect calls two days later hampered the Heat in a loss at the buzzer to the Indiana Pacers.

This time, Hornets forward Kelly Oubre Jr. felt victimized when called for a traveling violation off a Charlotte inbounds play down one point with 13.1 seconds remaining in overtime of the Heat’s 117-112 Thursday night victory.

The call was stunning because it occurred less than two seconds after Oubre received the inbounds pass, while setting up benignly near midcourt.

“I saw 10 players on the court, three referees and obviously, the referee saw something I didn’t,” Oubre said. “I’m not saying that they were wrong or anything, but at the end of the day it’s very selective.

“From my experience being in the NBA, in this society as a whole, I just feel as if like when an individual or a team is down, they are sharks on the prowl trying to eat the weak. And tonight I feel as if we were the weak. So, we got to continue to fight through, focus on ourselves.”

The teams meet again in a Saturday night rematch at FTX Arena.

Hornets coach Steve Clifford said in the immediate wake of the game he was not focused on Oubre at the time of the call, instead studying whether the play call for guard Terry Rozier could be properly executed.

Following the traveling call, the Heat got a pair of free throws from guard Gabe Vincent with 9 seconds to play, with Rozier then off with a potential tying 3-pointer with 6.4 seconds left. Vincent closed out the scoring with 3.8 seconds remaining.

Among the keys to Thursday’s victory was the Heat forcing 21 Charlotte turnovers that translated into 30 Heat points. The Heat, by contrast, committed 11 that led to 10 Hornets points.

“I think the key with that in being disruptive is we’re also still able, for the most part, to be able to protect the paint, protect the lane, and eliminate just the easy baskets,” coach Erik Spoelstra said, “Of course, I’m coach, so I would like to see it even better.

“We’re nowhere near where we want to be or where we’ll end up defensively, but at least some of the foundational things of being disruptive and taking away easy baskets, we’re starting to get there.”

The Heat exited Thursday’s game second in the NBA, forcing 17.1 turnovers per game, second only to the 18.1 forced by the Oklahoma City Thunder.

“That’s one of their big strengths,” Clifford said. “They’ve been doing it all year. They’re quick. They’re very aggressive with their hands and get in the passing lanes. So it’s something we’ll have to do better on Saturday.”

To show how reliant the Heat have been on certain closing lineups, entering Friday’s play, Adebayo led the NBA in fourth-quarter minutes, at 128.6, with Gabe Vincent fourth at 115.7 and Max Strus fifth at 114.6. The only players between were Atlanta’s Dejounte Murray at 117.7 and Brooklyn’s Royce O’Neale at 116.8 . . .

The Heat’s G League affiliate, the Sioux Falls Skyforce, secured its first victory Thursday night to improve to 1-2, with a 127-117 home victory over the Fort Wayne Mad Ants. The Skyforce were led by the 37 points of DJ Stewart. A minor ankle injury limited Heat two-way player Jamal Cain to 16 scoreless minutes.