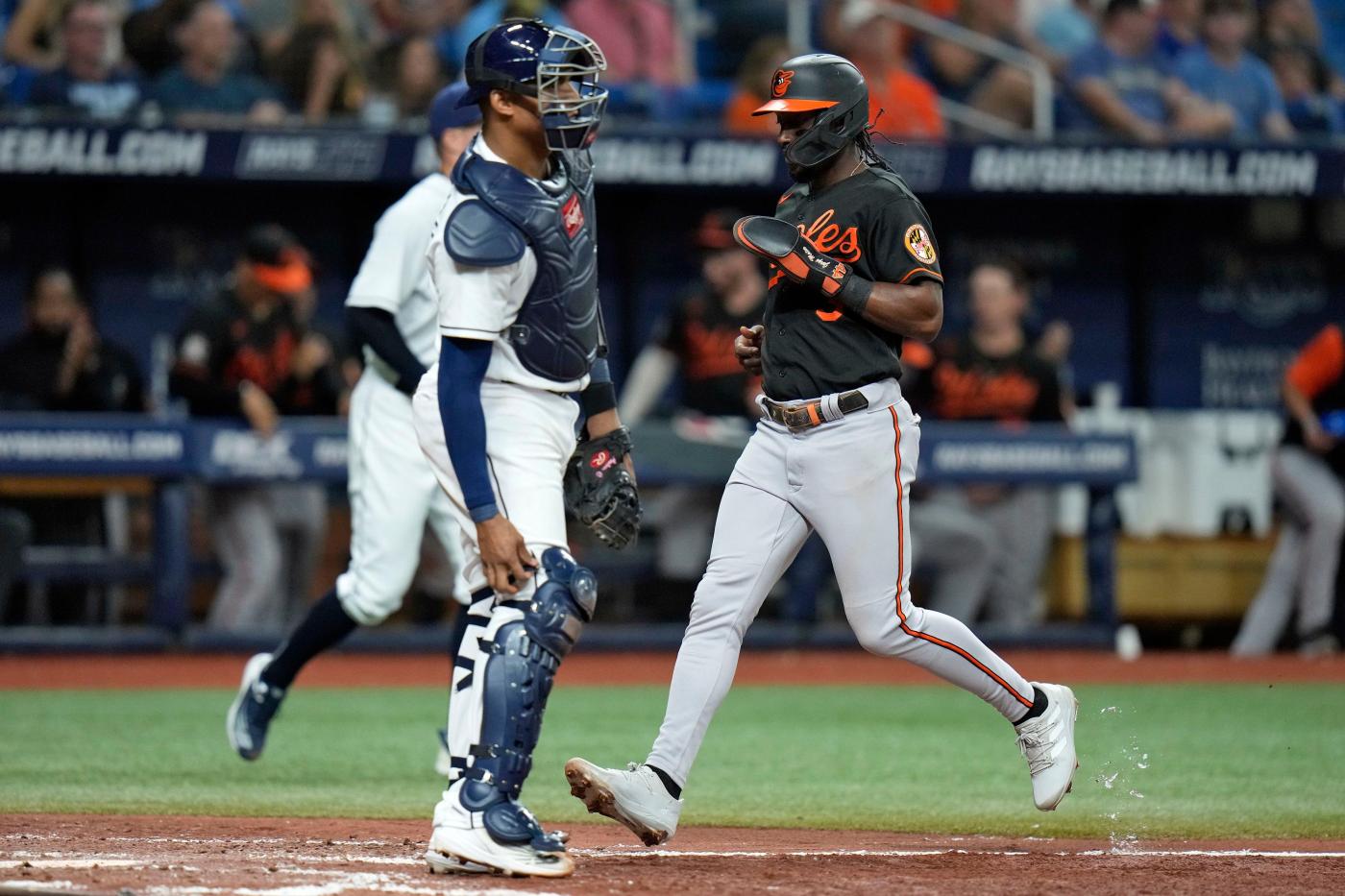 A month ago, Jorge Mateo might not have even reached the pitch. It has been the formula against him for some time — aim low and outside with breaking balls, and the Orioles shortstop would open his stride and miss.

But in the second inning Friday night at Tropicana Field, Mateo’s stride remained square with the plate, and he poked the low-and-away curveball from Tampa Bay Rays starter Corey Kluber into shallow right field for a bloop RBI double. It’s the kind of swing that’s now going Mateo’s way ever since he met with manager Brandon Hyde and co-hitting coaches Matt Borgschulte and Ryan Fuller after a series against the Minnesota Twins during the first week of July.

“He was like, ‘We have to make an adjustment,’” Fuller recalled. And the adjustment came in the form of batting practice sessions full of sliders away, practicing in bulk against the pitch that has given him the most trouble. To that point, Mateo’s .173 batting average against sliders was his lowest against any pitch type, per Statcast, and he whiffed on 36.9% of his swings against that offering.

The heavy slider regimen in batting practice has led to a breakout at the plate since early July, including a career-high five hits Friday that led Baltimore to a 10-3 victory against the Rays. If Mateo can keep it going — laying off pitches off the plate while reaching the ones he can hit — he unlocks a new level for the Orioles’ lineup.

“Any time we get threats at the bottom of the order and make the lineup as deep as possible, that’s huge,” Hyde said. “That’s been a huge boost for us the last couple months.”

From opening day through the end of June, the biggest problem for Mateo was chasing those sliders. He had a 32.3% strikeout rate during that stretch, a mark that made Fuller and Mateo cringe. That prompted Mateo’s insistence to find a solution at the start of July, and the results have played out on the field.

His first double Friday came on that low-and-away breaking ball. The next came when Mateo turned on an inside sinker. He had initially been opening up his stance and stride to reach such pitches, but as Mateo adjusted his open stance to include a square stride, his plate coverage improved.

“I’ve been working really hard at that,” Mateo said through team interpreter Brandon Quinones. “I credit the hitting coaches with helping to put in the work with things like that, focusing on staying in the zone and focusing on shortening my swing a little bit.”

The biggest improvement came when Fuller and Borgschulte ran Mateo through mixed rounds of batting practice, throwing two-seam fastballs in on his hands and sliders away at random. Mateo had to react on the fly, as he does during games. As Fuller watched Mateo steadily reduce his whiffs on outside sliders, he knew a breakthrough was coming.

“Those sliders that we could usually get him to swing on, he was in a good position to say no,” Fuller said. “We were like, ‘Man, he was swinging at those, chasing those before.’ Those are really strong takes, setting himself up for the mistakes that he can hit.”

It’s turned Mateo, a nine-hole hitter, into one of the Orioles’ most dangerous offensive threats, routinely sending the speedster sailing around the bases and leaving his helmet in his dust.

He laughed when asked why his batting helmet always flies off his head as he sprints from one bag to another. He doesn’t know exactly. But “if it works, I take it,” Mateo said with a smile.

And right now, just about everything is working.