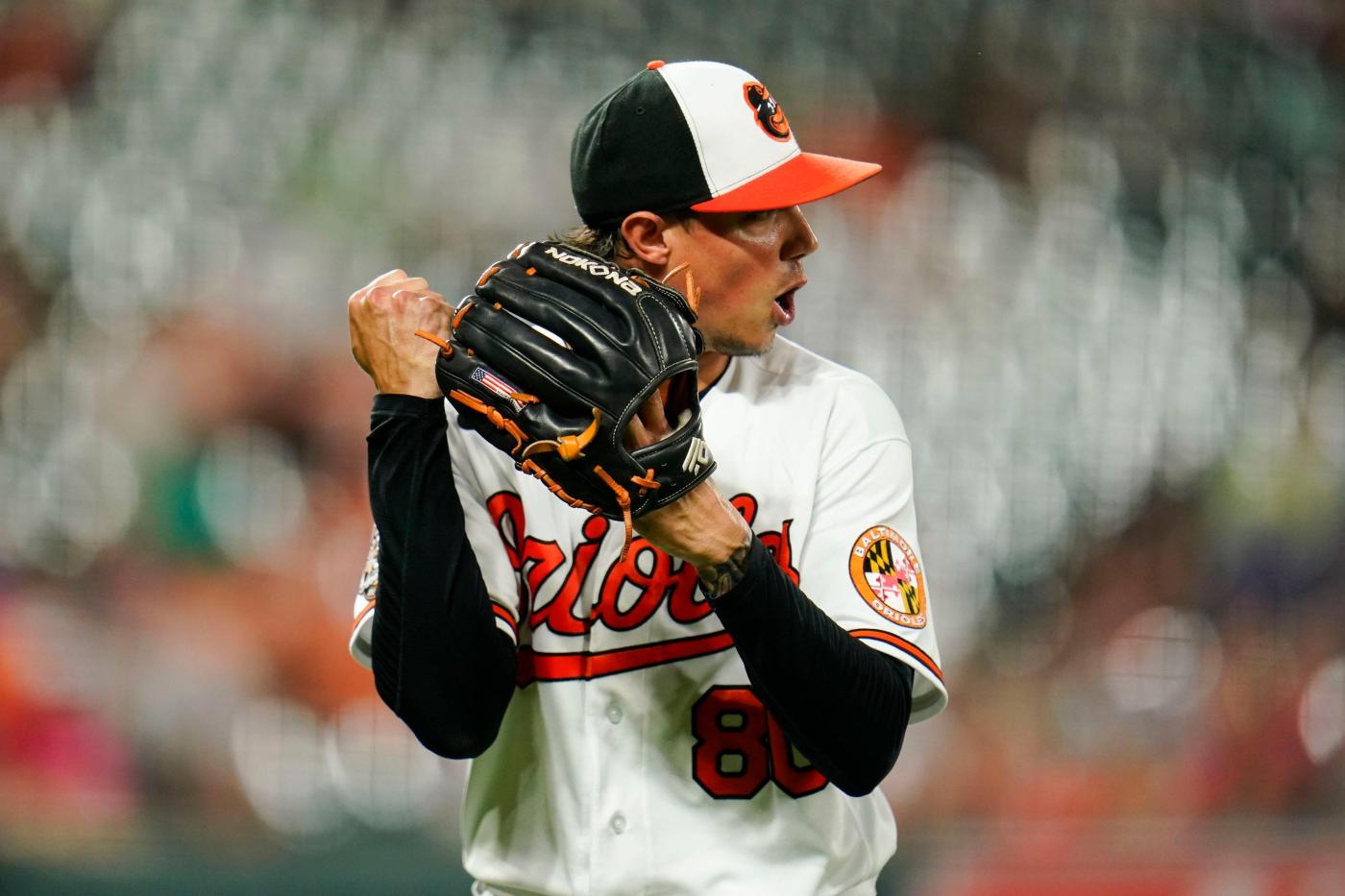 In that first bullpen session in April, at the onset of a season Spenser Watkins would find a level of consistency he hadn’t yet experienced in the major leagues, Orioles pitching coach Chris Holt told the right-hander to grip a slider and hold nothing back.

The first few throws were a product of that — the erratic attempts of a pitch Watkins hadn’t thrown in years. But then, as Watkins continued to tweak his grip and hurl toward home plate, something clicked.

“We went, ‘Yeah, that’s what you’re looking for right there,’” Holt recalled saying, watching the slider sweep out of Watkins’ upturned palm and whizz across the strike zone.

Watkins and Michael Poole, his coach at renowned pitching lab Driveline, had considered adding another pitch to Watkins’ repertoire all offseason. They fiddled with his changeup and his curveball and slightly increased his fastball velocity. They hadn’t considered the slider, though, because so much of what Watkins did well was working vertically with movement rather than horizontally.

But after that first bullpen session between starts against the Milwaukee Brewers and the Oakland Athletics, Watkins sent a video of himself throwing a slider to Poole. And Poole’s reaction was much the same as the one Watkins had to the slider.

“He was like, ‘Holy [crap], are you kidding me?’” Watkins recalled. “It was pretty exciting. It was not something I expected, for sure.”

The slider has led to Watkins holding down a place in the Orioles’ rotation and becoming one of the most consistent pitchers on the staff. Since returning from Triple-A Norfolk in June, Watkins has allowed two runs or fewer in seven of his 11 appearances.

Adding the slider is a large part of that success. Entering Sunday, Watkins’ slider has five runs saved below average — by far the best mark of any of his offerings — according to Statcast. The .132 batting average against his slider is the lowest of his repertoire by more than 100 percentage points. The pitch has also elevated the rest of his arsenal, making hitters guess at one more pitch out of the same arm slot.

In all, much of Watkins’ success boils down to the success of his new-found slider.

Like any midseason addition, the slider didn’t become an immediate fixture for Watkins. After he landed on the injured list in May with a right arm contusion from a comebacker, he studied the analytics behind the pitch.

Then he worked with Tides pitching coach Justin Ramsey to further his development.

“He made a really good point of thinking of the ball like a square,” Watkins said. “Like, pulling down a corner rather than thinking about throwing a circle. Something kind of clicked there where it just gave me kind of a body-mind connection of understanding what that feeling is, that release. So once I kind of got that, got that confidence in it, it just kind of rolled from there.”

Watkins isn’t the only Orioles pitcher to add a slider or sweeper this season, with right-hander Austin Voth adding a sweeper since joining Baltimore off waivers from the Washington Nationals. Both pitchers have found success with it early, seemingly proving the organizational philosophy right.

Last week against the Chicago White Sox, Watkins threw the slider 31 times — the most in a game this season — and drew six whiffs on 16 swings. He leaned on that offering to get him through six innings in which he allowed two runs.

Watkins is still gaining confidence with his front-door slider, opting instead to use his cutter against right-handed hitters. And against lefties, Watkins has thrown the slider just 5.1% of the time. He’s still learning how to bury it at a lefty’s back foot.

But he still remembers the feeling when he threw a particularly good slider in a game for the first time, just days after his midweek bullpen in April. With infielder Elvis Andrus at the plate for Oakland, Watkins whirled a slider toward the plate. Andrus ducked out, not expecting the horizontal movement about to come.

The ball fell in for a strike, the first showcase of a pitch that has transformed Watkins’ season.