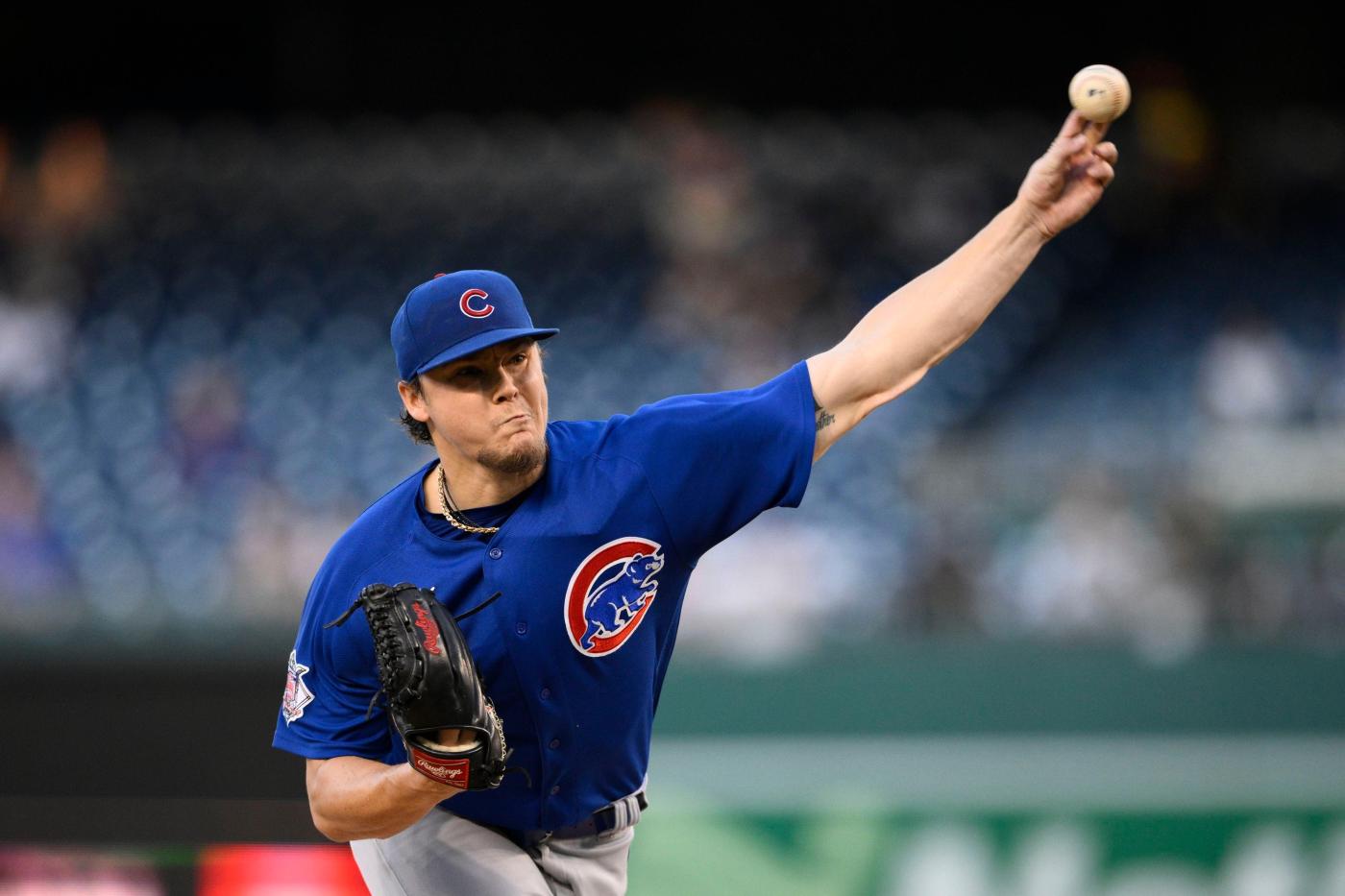 The notable statistic highlighted the effectiveness of Steele’s four-seam fastball and his ability to suppress hitters from slugging against the pitch. It has been his strength the entire season, limiting barreled balls and turning him into a more efficient pitcher.

Steele’s fastball certainly has been on opposing teams’ scouting reports, but one element had largely gone under the radar leading into his July 22 start in Philadelphia.

Steele was on the verge of setting a pitch-tracking record, needing only 21 four-seam fastballs to throw the most without allowing a home run on the pitch. He was looking to surpass former San Diego Padres closer Heath Bell’s 807 fastballs in 2010.

Steele saw a tweet with the record-setting information before his start.

“Why did I just read that? Because I was like, it’s totally going to happen tonight,” Steele recalled Monday to the Tribune.

The next day, Steele spoke to Schwarber, who told him he also had seen the tweet pregame.

“It’s just how things work,” a smiling Steele said. “I know if I wouldn’t have read that that day and not known anything, it wouldn’t have happened probably.”

Steele entered Tuesday’s start against the Washington Nationals with his four-seam fastball accounting for 57.2% of his pitches thrown. He relied on fewer fastballs than average in the 7-5, 11-inning win at Nationals Park but still produced a quality start, his seventh of the season.

Steele allowed one unearned run on six hits over six innings with two walks and five strikeouts. He lowered his ERA to 3.43, the best among Cubs starters.

Catcher Willson Contreras said Steele shook to his four-seamer on his final pitch, a full-count elevated fastball that Lane Thomas whiffed to end the sixth and strand a runner at third.

“If you’re going to get beat, you’ve got to get beat with your best stuff,” Contreras said. “(Steele) was right on it. He executed the pitch. That’s the biggest key that’s been working for him.”

Pitching coach Tommy Hottovy joked that Steele’s fastball is consistently inconsistent. When Steele throws his four-seam fastball at a slightly lower velocity, it creates more cut, while a velocity increase produces ride and carry on the ball.

At times, the data will make it appear that Steele is throwing two different fastballs because of the movement profile. His ability to change the action on his fastball prevents hitters from trying to cheat on the pitch when they hunt for a fastball.

On days Steele pounds the pitch inside, he produces more ground balls. His swing-and-miss-heavy starts feature a fastball that has more ride and movement.

“When it gets on you, even at like 90-91 mph, and it’s a short arm stroke and it’s got late movement, it cuts, it rides,” Hottovy told the Tribune. “So it’s one of those pitches that not a lot of hitters see.

Steele has relied predominantly on a two-pitch mix with his fastball and slider — combining to throw them for 87.4% of his pitches — and the lefty knows he needs a reliable third pitch.

That Steele has found consistent success without a third pitch indicates how effectively his fastball-slider combination and pitch movement work in the big leagues. He has worked to maintain consistent mechanics. Sometimes he develops a habit of his body getting in front of his legs, causing his arm to drag and try to catch up to the rest of his delivery, which can affect his command.

“I’ve had so much success with it this year because it has that cutting action and it’s not like a typical fastball,” Steele said. “Most guys when they throw a fastball, it’s going to go and it’s going to start running. I’m on the side of it and just continues to go inside to righties the entire time, which is why it’s not a fastball that you’re used to seeing.

“A big part this year is staying over my backside and having consistency in my delivery, and I would say the byproduct is I’ve been a lot more consistent around the zone.”

Steele sees his changeup, which he has used only 1.6% (29 pitches) this year, as a secondary pitch he can elevate into a usable third option, especially when he wants to throw something moving away from right-handed hitters. He wants to get the point where he is confident in all five of his pitches and comfortable using them in any count.

“The evolution of pitchers is you’re young, you’ve probably got a couple of pitches that play in the zone,” Cubs manager David Ross said. “As you become more established, more of a veteran, you continue to add pitches and sequencing and locations to your repertoire.

“I’m really happy where he’s at. He’s doing a really nice job. I love that he wants to get better. I love that mentality.”

He flashed his changeup more frequently Tuesday. Of the seven he threw, one induced a double play in the second. Steele described the sequence as a huge confidence booster.

“I was really happy with the way they looked,” Steele said. “I felt like the movement on them was consistent. … I think moving forward it will be a big pitch.”

It all comes back to his unique fastball, though. Generating two pitch movements off his fastball gives Steele multiple ways to use one pitch. The next step is learning how to fully harness the natural cut, which remains an ongoing process.

“Instead of just throwing it,” Steele said, “I’m starting to pitch with it.”