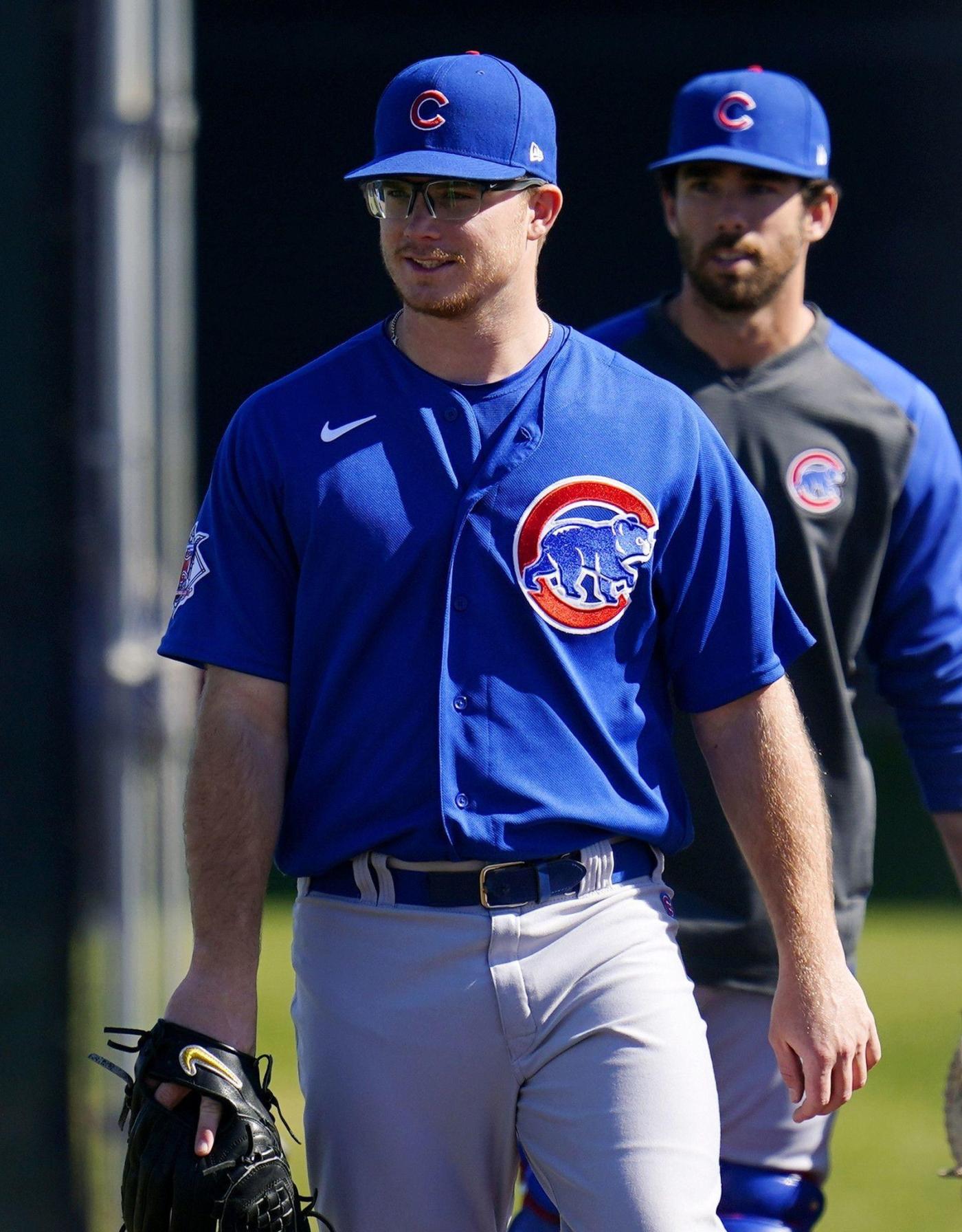 For left-hander Jordan Wicks, the big-league dream felt much closer over the weekend.

The Chicago Cubs brought 14 of their minor-league players to Wrigley Field for a multiday development camp at the ballpark. The group included some of their most highly-rated prospects: outfielders Pete Crow-Armstrong (No. 1 by Baseball America), Brennen Davis (No. 2), Owen Caissie (No. 8), first baseman Matt Mervis (No. 20) and pitchers Wicks, Ben Brown (No. 11) and DJ Herz (No. 13).

The orientation included a tour of the ballpark and facilities, meeting with Cubs coaches and major-league players, and preparing their respective offseason programs.

“We definitely go out on the field and imagine being out there,” Wicks said Sunday. “Who knows how far away it is?”

Wicks’ season set him up for an important 2023 that could put him on the cusp of the majors. Excluding a late-season injury shortened start, he posted a 2.95 ERA over his last 19 starts, which included surrendering one run or less in his final five outings at Double-A Tennessee. The underlying numbers suggested Wicks’ slow start, posting a 5.65 ERA through four starts with High-A South Bend, was somewhat out of his control.

“It was a lot of bad breaks in-game — soft contact hits, stuff that just didn’t really go my way,” Wicks recently told the Tribune. “And I was able to continue through that and power through it and make the best out of it.”

By mid-September at Tennessee, Wicks self-assessed his pitch mix was “10 times better” than where his stuff began at the beginning of the season, citing the confidence in all of his pitches. The Cubs’ 2021 first-round pick overcame a .359 Batting Average on Balls in Play (BABIP) with South Bend, sixth highest among High-A pitchers this year (min. 50 innings). His main goal coming into the year was to improve his breaking balls. Wicks believes he succeed in that quest.

“It’s helped a lot in terms of giving them different things to think about,” Wicks said, “and it’s also helped to make the changeup even better.”

During the two months of the season, Wicks added another element to his repertoire: a cutter. Wicks called it a “pitch limiter.” It helps him generate more weak contact, record quicker outs and, ideally, lower his pitch count as he progresses through a start. He initially started incorporating the cutter into games in August.

“It’s done exactly what we wanted to which is limit pitches and be able to attack hitters,” Wicks said. “It has definitely done its job.”

The Cubs introduced the idea to Wicks shortly after he was promoted to Tennessee in mid-July. Based on Wicks’ pitch usage and his strengths and weaknesses, the Cubs’ pitching infrastructure — including their Research and Development department — thought the 23-year-old could handle adding a new pitch in-season and quickly take to it. Minor-league pitching coordinator Casey Jacobson recalled Wicks mentioning he thought adding a cutter would work well for him after one of his first starts with Tennessee.

The pitch could be a great weapon for Wicks against right-handed hitters to avoid overusing his changeup while complementing his devastating slider to put away lefties.

“It speaks to his aptitude, like, he knew that he’s got the two breaking balls right now, but they’re on the slower side in terms of velocity,” Jacobson said. “So you want something that’s a breaking ball that has some more pace and that’s kind of what we identified as well.

“It was a good situation where all the stars aligned.”

Left triceps tightness sidelined Wicks for 12 days, but he returned Sept. 2 and tossed seven shutout innings with two hits, no walks and eight strikeouts over his final two regular-season starts. After tightness cropped up in his one-inning start Aug. 20 that saw the lefty uncharacteristically surrender six runs (five earned), Wicks and the Cubs wanted to play the situation conservatively so late into the season.

Extended rest between starts resolved the issue. Getting minor-league pitchers through a full season is important in exposing them to the grind of a long season and understanding what it takes to get through that type of schedule. Sometimes that means learning how to bounce back and overcome from nagging stuff or injuries.

Jacobson was glad Wicks informed the team about his triceps tightness, something pitchers might experience late in the season.

“But rather than throw through it and maybe something worse happens, he’s honest with us up front,” Jacobson told the Tribune. “We can take care of it and we can get in front of it. Our training staff knocked that thing out of the park in a short amount of time. That’s obviously really good for him from a competitiveness standpoint, from his psychological standpoint, because he doesn’t want to be sidelined.”

Although he did not pitch during the Smokies’ postseason run, Wicks ultimately finished with 94⅔ innings between High-A South Bend and Double-A Tennessee, just shy of his combined total last year with Kansas State and South Bend. While increasing innings are important, big-picture development is part of the equation too.

“We can take the next step then and he’s getting the chance now to throw on what would be major-league rest once a month. It’s something that these guys need to get exposed to, so that we can get their body to adapt to it.”